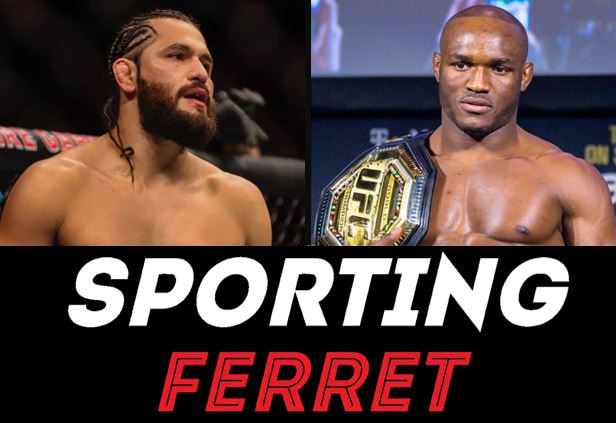 UFC 251 showcases a stacked card on the infamous Fight Island

The first of the UFC’s much anticipated Fight Island events kicks off in the form of UFC 251. Three title fights all in one night, in some of the organisations most exciting divisions. Headlined by Welterweight Champion Kamaru Usman, a brutal wrestler with knockout power, facing off against a one of the biggest stars in the UFC, Jorge Masvidal.

In the co-main event Alexander Volkanovski seeks to defend his Featherweight title against the pride of Hawaii, Max Holloway. In this article we will break down the main card of this highly anticipated event.

Kamaru Usman holds one of the most impressive records in the UFC, currently riding a 15 fight win streak, with wins against much of the Welterweight elite. However, he faces a veteran of the division, who has recently resurrected his career and turned himself into an elite finisher.

Still yet to lose a fight in the UFC octagon, Kamaru Usman enters every round with supreme confidence, having already cleared out much of the division. Usman has impeccable wrestling, which was showcased in his 5 round war with former champion Tyron Woodley. With Woodley also being a wrestling specialist many thought that the two fighters would cancel each other out. Instead Usman dominated Woodley, taking him down twice and landing over 300 strikes in total. Usman has also displayed impressive stand up and durability, with his most recent win being a TKO stoppage over Colby Covington.

Jorge Masvidal has one of the most extensive records in the UFC’s whole roster, with over 45 fights to his name. Having signed to the UFC in 2013, Masvidal has faced off and defeated world class opposition, including Cowboy Cerrone, Michael Chiesa and Ross Pearson. However he often found himself on the foul side of split decisions, and rarely picked up stoppage wins.

This prompted Masvidal to take a year out from the sport in 2018, where he reevaluated his whole career. He came back and put together one of the most impressive runs of 2019. Gamebred KO’d English phenom Darren Till in London, in front of thousands of British fans. He picked up the fastest ever KO finish against the undefeated Ben Askren. He finished the year by defeating Nate Diaz to take home the BMF belt, and now wished to add another to his wall.

Whilst Masvidal is currently on a tear through the division, it must be remembered that he has taken this fight on barely a weeks notice. Usman has had a full training camp, admittedly preparing for a much different opponent, but he has still had the time to work on what specialises in.

Masvidal is a standup sniper, with great boxing and strong clinch work. He also has incredibly impressive takedown defence, that he will undoubtedly need. Alternatively, Usman’s wrestling is at the highest level in the sport, however he rarely looks for finishes, often content to ride out rounds to pick up decision victories. Usman is a clear favourite going into this fight, however I predict that Masvidal will pick up the surprise win.

Masvidal to win via KO in Round 2.

Max Holloway is considered by many to be the greatest Featherweight of all time. He defeated former featherweight goat, Jose Aldo, twice. He also defeated Brian Ortega, Frankie Edgar, Anthony Pettis and many more. However in December 2019, he was defeated for the first time at Featherweight in 6 years. The man to achieve such an incredible feat, Alexander Volkanovski.

Max Holloway truly is one of the greatest fighters to have set foot in the Octagon. The Hawaii native has crisp technical boxing, combined with slick movement and a naturally long reach. He also boasts good takedown defence, having kept much of the fight with wrestling ace Brian Ortega on the feet through pure technique. He also has the legendary Hawaiian durability, which led to his infamous stand and bang moment with Ricardo Lamas.

Alexander Volkanovski is another product of New Zealand’s City Kickboxing gym, the training camp behind some of the UFC’s newest stars and champions. In his first fight with Holloway, Volkanovski utilised a huge array of leg kicks that ultimately won him the decision victory.

However, he does hold an impressive array of alternate tools in his locker. His ground and pound that he displayed in his UFC debut against Yusuke Kasuya is relentless, as are his driving takedowns and body locks from the clinch. He has also been known to use the “death by a thousand feints” techniques that are typical of a City Kickboxing fighter.

The first fight clearly went to Volkanovski, who used his kicks to disrupt Holloways rhythm and footwork. However Max is such an intelligent fighter that it would be foolish to think that he would be caught by the same trap again. Saying that, the City Kickboxing team are often one step ahead of their opponents regardless of how good their fight IQ maybe be. This fight was near impossible to call the first time round and is no easier the second. However, I believe that Max Holloway will bounce back and reclaim his Featherweight crown.

An intriguing matchup between one of the UFC’s hottest prospects and one of the companies all time greats. Petr Yan has defeated every opponent he has come across in the Octagon, with a brutal KO over another UFC veteran Urijah Faber in his last outing. Aldo is a former Featherweight champion, dropping down to the 135 lbs division is search of a second shot at gold.

Yan is a brutal boxer with an impressive 14-1 record. He is undefeated in the UFC, and holds victories over the likes of John Dodson, Jimmie Rivera and the aforementioned Urijah Faber. Whilst Yan has only been in the UFC since 2018, he has been involved in martial arts since his early teenage years. He began boxing at only 13, and also trained in ITF Taekwon-do whilst in his sixth grade. He is considered by many to be the rightful successor to Henry Cejudo’s vacant title.

Jose Aldo is a former two time Featherweight champion, and is the only current rival to the moniker held by Max Holloway as the greatest Featherweight of all time. Aldo has great stand-up and was once notorious for using brutal chopping leg kicks to take away his opponents mobility.

Whilst Aldo was once undoubtedly the Featherweight king, he has never fully recovered after his notorious loss to Conor McGregor. He has since won 3 and lost 4. However, Dana White claims Aldo actually defeated his last opponent Marlon Moraes, and would receive the title shot regardless of the Judges decision.

Whilst Aldo is undoubtedly a UFC great and future Hall of Famer, it is now time for the youth to have their moment. Petr Yan looks unbeatable in this division and I can only see him with the 135 lbs belt around his waist at the end of the fight.

Yan to win via KO in Round 3

Rose Namajunas faces off against Jessica Andrade in an intriguing rematch between one of the most technical fighters in women’s MMA and a heavy hitting machine who is more than capable of putting anyone to sleep.

After having her title snatched away from her in a shock upset by Andrade in 2019, “Thug” Rose is very unlikely to repeat the mistakes she made in their first bout. Training with the elite Trevor Whitman, Namajunas has gone from a flashy striker to one of the most well rounded fighters in her division. Thug Rose combines slick feints with hard hitting counters, that can lead to fight ending combinations.

In her first fight against Andrade her downfall was the repeated use of the kimura trap to stop takedowns. By the second round, Andrade had figured this out, and promptly slammed Rose on her head. This resulted in an instant KO. Time will tell if history repeats itself.

Jessica Andrade is a polar opposite of Namajunas in many ways. She rarely relies on slick techniques, instead she utilises her raw power for often devastating effect. Andrade waits for her opponents to show an opening, and then launches herself at them with a brutal flurry of wide hook shots. However, in the first fight she was unsuccessful using these techniques, as Rose’s lateral movement repeatedly left Andrade in compromising situations.

Namajunas dominated the first outing until she made a fatal error. I personally don’t see her making the same mistake again, and as result of this Rose will have her hand raised at the end of the fight.

Namajunas to win via Unanimous Decision

Paige Vanzant enters the last fight on her contract against Amanda Ribas, who is currently riding a 4 fight win streak.

Currently holding an undefeated UFC record, with notable wins against Mackenzie Dern and Randa Markos, Amanda Ribas is shaping up to be a legitimate prospect in the women’s Strawweight division. She is a very well rounded mixed martial artist, with exactly 3 KO’s, 3 Submissions and 3 Decisions to her name.

Paige Vanzant has been a UFC fighter since 2014, and during this time she has picked up notable wins against fighters such as Felice Herrig and Bec Rawlings. However she has been inconsistent at times, with three losses in her last five fights.

We hope you enjoyed the article ‘UFC 251 Main Card Preview.’  What are your predictions for the Main Card? Let us know!