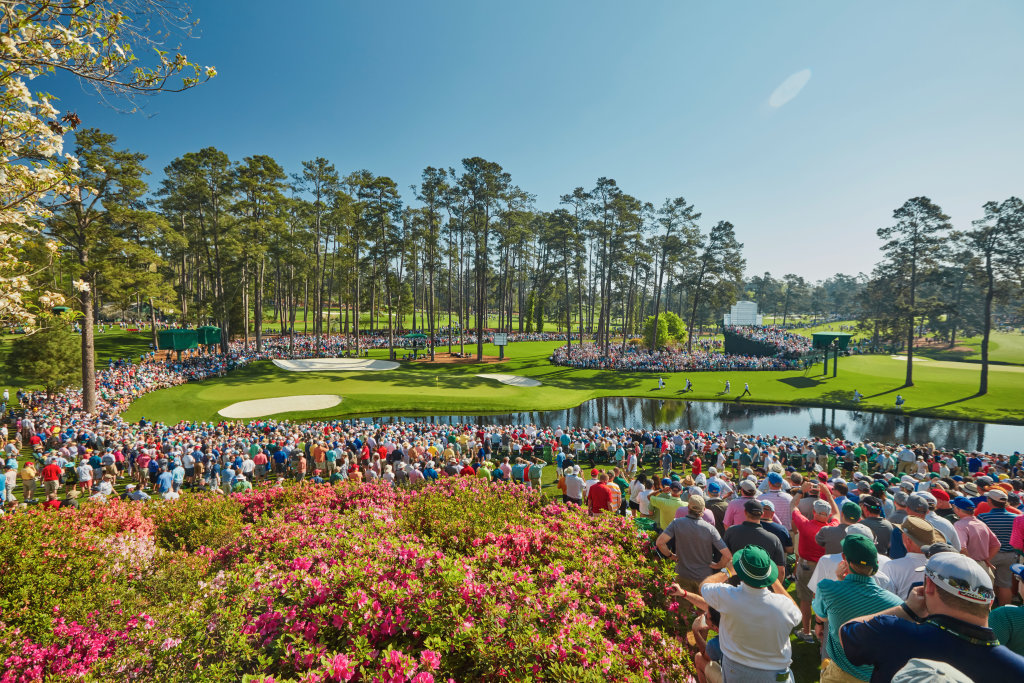 The Masters returns to our screens this week as Augusta hosts the 84th edition of the event.

Tiger Woods is the defending champion, after his miraculous win last year. The American tees off with current Open Champion, Shane Lowry, and US Amateur Champion, Andy Ogletree.

Other standout groups include Jon Rahm, current US Open Champion, Bryson DeChambeau, and Louis Oosthuizen. Dustin Johnson is joined by fellow countryman Patrick Cantlay and Rory McIlroy, who is still looking for that illusive green jacket to complete the Grand Slam.

Tee Times – * Starting on the Back nine

American, Bryson DeChambeau, has been the best player in the world since returning from lockdown. He has two victories, including the US Open.

DeChambeau is the longest driver on the PGA Tour, averaging 344 yards, but hit a shot 403 yards in the air in practice. He has also been toying with the idea of introducing a 48-inch driver, the longest seen in Masters history.

Dustin Johnson has two Top 10 finishes in two starts this season, including a T2 finish at last week’s Houston Open. The American is playing some of his best golf ever. Last season he won the FedEx Cup, and achieved two wins and two runner-up finishes in his last four events.

Jon Rahm is yet to win a Major but is always one of the favourites. He has had a relatively slow start to the season; however, his last event produced a T2 finish at the Zozo Championship. The Spaniard has a great record at Augusta, finishing in the Top 10 in the last two years.

Rory Mcilroy is destined to win this event at some point in his career. The Northern Irishman won’t need reminding that he needs this victory to complete the illusive Grand Slam. Last year he finished T21 but, before that, he had five Top 10’s in a row.

Augusta National is one of the most famous golf courses in the world. Since 1934, the club has played host to the annual Masters Tournament, one of the four Major championships in professional golf, and the only Major played each year at the same course.

The course was formerly a plant nursery, and each hole is named after the tree or shrub with which it has become associated. It has several signature holes, including Amen Corner, which often plays a huge part in deciding the outcome of the Masters.

The Masters is usually hosted in the middle of April, however this year it has been delayed due to Covid. Despite this, the course is looking immaculate although it will play slightly differently to when it’s held in April.

A lot of players, including Kevin Kisner, who has played Augusta National nearly 10 times in November, said: “It’s going to be so much longer and wetter. It’s going to be brutal”.

Patrick Reed, who won the 2018 Masters, admitted that he’ll have to adjust his lines off the tee because of the weather and course conditions he expects.

“When it’s fast and firm, you can be more aggressive and try and use some of the slopes and get the ball farther down the fairways, but with it being colder and wetter, the ball’s just not going to go anywhere.”

With Bryson DeChambeau the favourite, we are set for an enthralling Masters. It seems that playing the event in November will add to the drama that only Augusta can throw up.

We hope you enjoyed this article ‘The Masters: Your Full Guide to the Augusta Week’. Who do you think will win the Masters? Let us know!

Extreme E ‘The Electric Revolution’: Everything You Need To Know