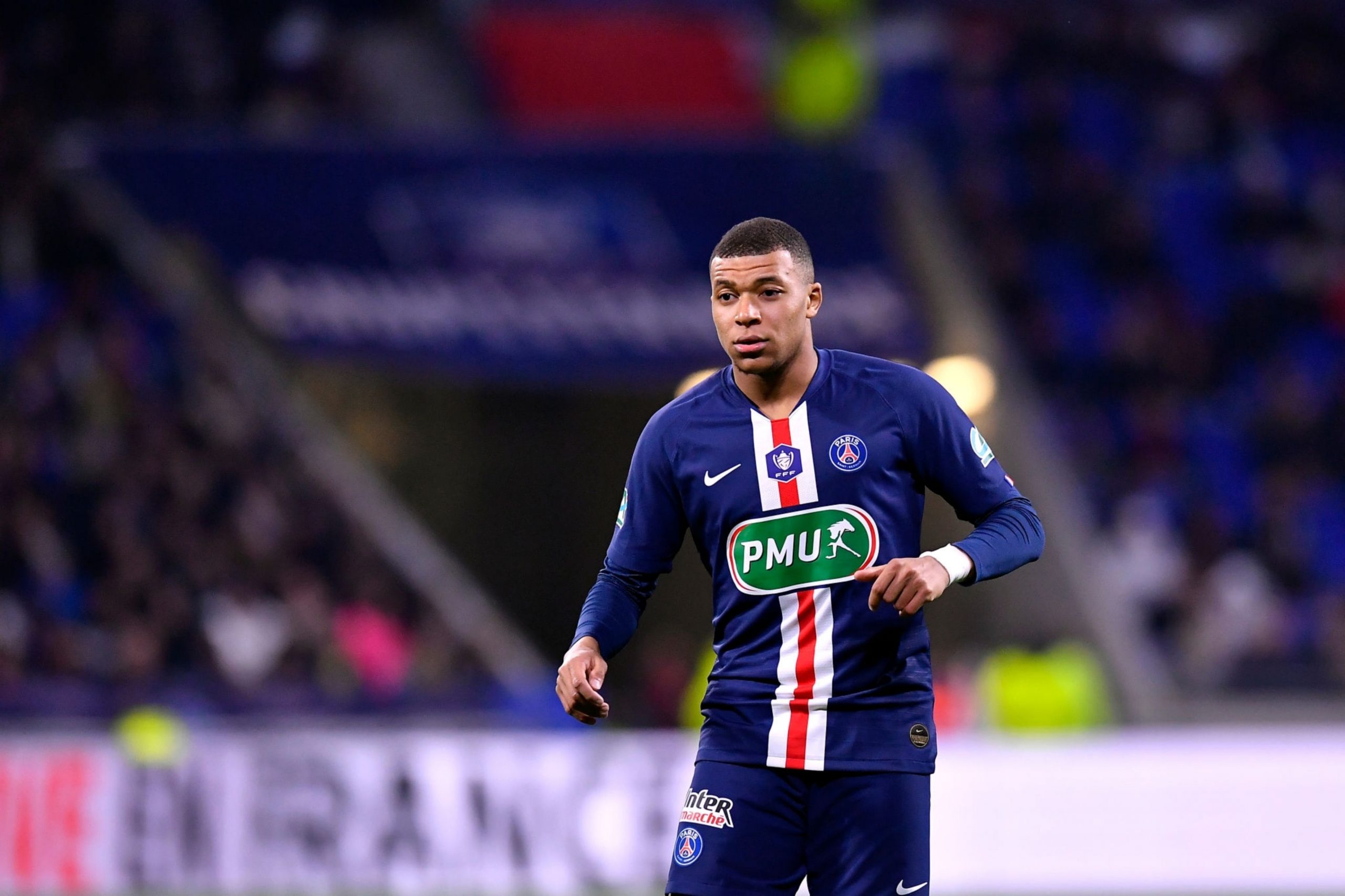 The Fastest Players in World Football

Who is the fastest football player in the World?

Speed has become a vital part of the modern game and can be seen as a key weapon within a players arsenal. A players pace can give a huge advantage on the pitch, time again we have seen pacey players tear apart defences with ease. For defenders, a player who possesses sheer pace can often be their worst nightmare.

Over the years we have seen some absolute speed freaks. Gareth Bale. Aaron Lennon. Antonio Valencia. Cristiano Ronaldo. All of these players were world class in their own right. Their added touch of speed could often see them unplayable at times, a true testament to their athleticism within the sport.

With the changing of the guard we make way for new footballers who push the barriers of the sport and showcase their speed and endurance to the footballing world.

We run through the fastest football players in the world in 2020.

Leroy Sané remains one of football’s hottest prospects at the age of 24. The German winger joined Manchester in August 2016 from FC Schalke for £46.8m at the age of 20.

Sané has heavy transfer links with the likes of German powerhouse Bayern Munich. The move seems ever imminent however has been slowed down since the winger sustained a torn ACL, ruling the German out for the rest of the season. Sané is determined to join the German Champions, all that remains is for Manchester City to agree a transfer fee with Bayern Munich.

On his day Sané can terrorise defences with his speed and is widely seen as one of the quickest players in today’s game. The German maestro is seen as one of Germany’s great hopes for the future and Bayern Munich are hoping he can fill the void of past wingers Franck Ribéry and Arjen Robben. 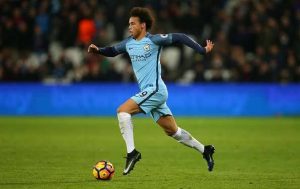 Kyle Walker graces the list as the fastest defender and second fastest Premier League player. The English right back clocks in slightly faster than his German team-mate Leroy Sané and both have notably argued as to who is quicker. Back in 2018 Kyle walker challenged Sané to a race for charity, however unfortunately the race never came to fruition.

The England international joined Manchester City in July 2017 for £47.43m from Tottenham Hotspur, making him one of the most expensive defenders in world football. Since joining the Sky Blues Walker has lifted the Premier League twice as well as celebrating three consecutive League Cups and the FA Cup once.

Walker made his England international debut at 21 years old and has gone on to represent England on 48 occasions. The right back has managed to solidify himself as one of the best defenders in the Premier League before reaching thirty.

Due to his blistering speed it is unlikely to see the defender get beat for pace on the pitch, with only a handful in world football who are able to match the right backs swiftness. 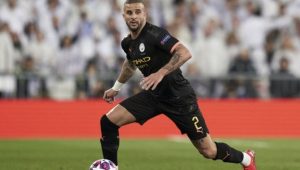 Karim Bellarabi currently remains as the fastest player in the Bundesliga, the 30 year old giving the influx of new talent in the league a literal run for their money.

Despite his age Bellarabi remains as the one of the fastest players in world football and continues to enjoy his time on the flank for Bayer Leverkusen. 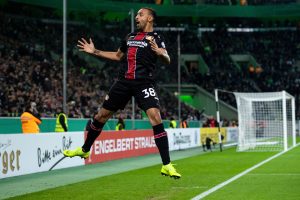 Pierre-Emerick Aubameyang comes in as the fastest player in the Premier League. The Gabonese captain’s rapid pace and agility has solidified him to become one of world’s most feared strikers.

Aubameyang joined Arsenal in January 2018 for £57.38m from Borussia Dortmund, making him Arsenal’s second highest transfer to date (behind Nicolas Pépé.) The centre forward has established himself as one of the football’s best attacking threats and boasts an impressive record.

The Gabonese international scored a staggering 31 goals during his penultimate season in the Bundesliga during the 2016-17 campaign. Aubameyang was the first player to score 31 goals in a season since Dieter Müller in 1976-77.

During Aubameyang’s first full season within the Premier League, the forward was awarded joint top goalscorer with Mohamed Salah and Sadio Mané with 22 goals (2018-19.)

The forward was also the first Gabonese international to be awarded the CAF’s African Footballer of the Year in 2015.

During his time at Arsenal the attacker has yet to win a single trophy, his days in London are looking numbered as the Gabon captain probably seeks out to play at the very highest level whilst adding some silverware to his name. Heavy rumours now surround Aubameyang’s departure with Spanish giants Real Madrid hoping to lure the forward to La Liga.

With Aubameyang’s contract set to expire in 2021 we can expect to see the goal machine else-where very soon indeed. The forwards lightning speed combined with deadly finishing makes him one of football’s hottest prospects, despite the Gabon international turning 31 in the summer. 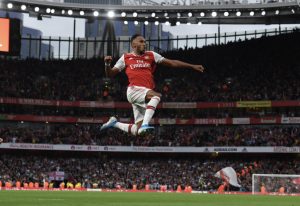 Iñaki Williams comes in as the fastest player in La Liga. The 25 year old worked his way through Athletic Bilbao’s youth system making his first team and La Liga debut in December 2014. Since then Williams has gone on to become one of Bilbao’s standout players.

The striker has made 238 appearances for the Basque side, netting 59 goals and providing 32 assists. Williams also has made one appearance for the Spanish national team.

The Spaniard has been linked with a move to the Premier League throughout the years with the likes of Arsenal, Liverpool and Manchester City notably scouting the striker. Despite this, in August 2019 Williams signed a nine-year contract extension with Athletic Bilbao, with his release clause set at $135m. Therefore unless a gigantic bid comes in for the striker it remains unlikely to see him lured away from the Basque country at any time soon.

Iñaki’s talent remains somewhat indispensable for Bilbao, his speed on and off the ball rarely can be matched within the league. His capability of scoring and assisting goals on a regular basis combined with his rapid speed truly makes Iñaki Williams a unique talent.

Kylian Mbappé is crowned as the fastest footballer in the world. The 21 year old is set to follow in the footsteps of the footballing Gods. With Lionel Messi and Cristiano Ronaldo reaching the end of their illustrious careers the footballing world looks to see who, if anyone, can follow their gigantic footsteps. If anyone can reach the heights of Messi and Ronaldo, it’ll be this man.

Mbappé completed his transfer to Paris Saint-Germain in July 2018 for a staggering £130.5m from Monaco, making him the most expensive teenager ever. Since joining PSG Mbappe’s stats look truly frightening, the Frenchman has scored 90 goals and assisted 49 times in 120 appearances.

By the age of 21 the striker has won Ligue 1 four times, the Coupe de France once and was awarded as Ligue 1’s top goalscorer two years simultaneously. The French striker also was awarded Ligue 1 Player of the Year during the 2018-19 campaign.

On top of all this Mbappe has lifted the 2018 World Cup with France at the age of 19. The striker became the youngest French player to score at a World Cup and also became the second teenager, after Pelé, to score in a World Cup Final. He received the Best Young Player Award and French Player of the Year Award for his performances.

To achieve such feats by 21 signals Mbappe’s path for true greatness. The Frenchman is the complete package for a striker with the perfect combination of explosive pace, clinical finishing and world class technique.

Mbappe’s ability to reach staggering top speeds of 36km/h is yet another truly astonishing accolade that the Frenchman can add to his ever-growing list of unique achievements. 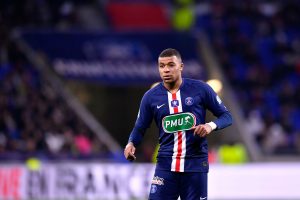 Interested in seeing the quickest sprint speeds in action. Check them out in the video below…

Who do you think will become the next fastest player in world football? Let us know!