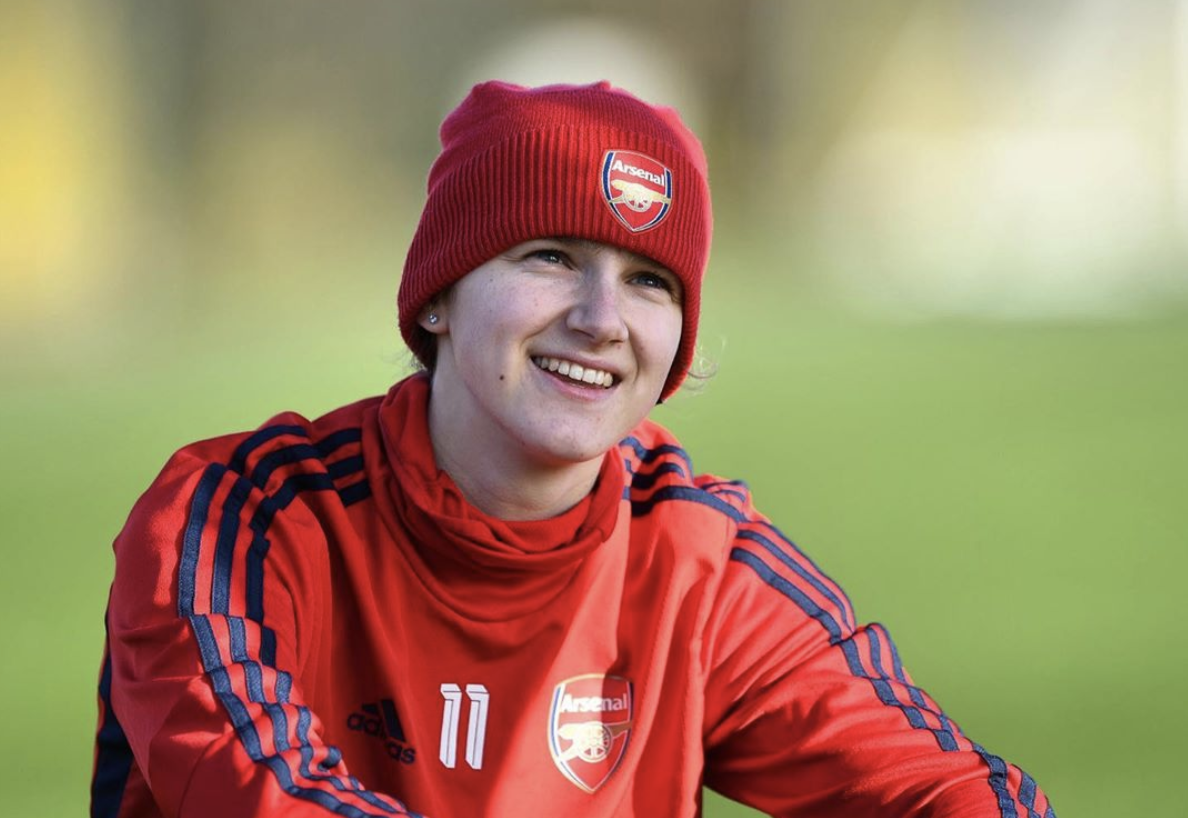 Nikita Parris’ former record was decimated in last week’s North London derby. The Gunners defeated fierce rivals Tottenham 6-1 at Meadow Park to cement their spot at the top of the WSL table.

With 5 wins from 5 games, Arsenal and Miedema show no signs of slowing down. The 24-year old sits comfortably at the top of the goalscorer charts with an incredible 10 goals in 5 games, averaging with an impressive shot accuracy of 74%.

She’s the best player in the world. No doubt about it. There isn’t another player in the WSL currently that has the technical ability that Miedema possesses. From outside of the box thunderbolts to delicious dinks, she’s got it all. There’s no surprise she’s scored as many as she has. Miedema is also the first and only player to score more than one first half hat-trick in the history of the WSL. Whatever she’s on, I want some.

Arsenal head coach Joe Montemurro applauded her performance, saying he is “blessed” that Miedema is a part of his team.

Miedema joined Arsenal in May 2017 from German giants Bayern Munich. Since then she has become a fan-favourite in England’s capital city. She also happens to be the Netherlands’ record scorer with 70 goals in 91 games, and was part of the teams that won Euro 2017 on home soil and were runners-up at the 2019 World Cup. At just 24 years old she really does have the world at her feet.

This summer the WSL has been blessed with the arrival of American legends Alex Morgan, Tobin Heath and Christen Press, meaning eyes have been heavily focussed in the direction of Manchester United and Spurs. The Dutch woman has swooped in and stolen the limelight off the World Cup Winners with her recent performances, and is most certainly in the process of claiming a (deserved) legendary status for herself.

Arsenal have quickly developed into an absolute force to reckon with this season. Their explosive start is majorly down to Miedema’s link up with fellow Dutch midfielder Jill Roord and Australian striker Caitlin Foord, as they’ve managed an impressive 20 goals between them in just 5 games. The total opposite of the men’s side. They’ve managed a meagre 8 goals in the Premier League so far. Interesting. Gooners, if you’d prefer a goal fest, you know which team to watch at the weekend.

Players like Miedema are driving the women’s game forward, inspiring young girls and women alike to get their boots on and get involved; whilst showcasing the pure talent of female footballers at the same time. Her unbelievable stats and performances refuse to be overlooked, and it’s only up from here.

We hope you enjoyed the article ‘WSL: Miedema Guns Her Way to Top-Scorer Spot.’ Who do you think is the best footballer in the WSL? Let us know!

Five wonderkids to watch out for this season across Europe