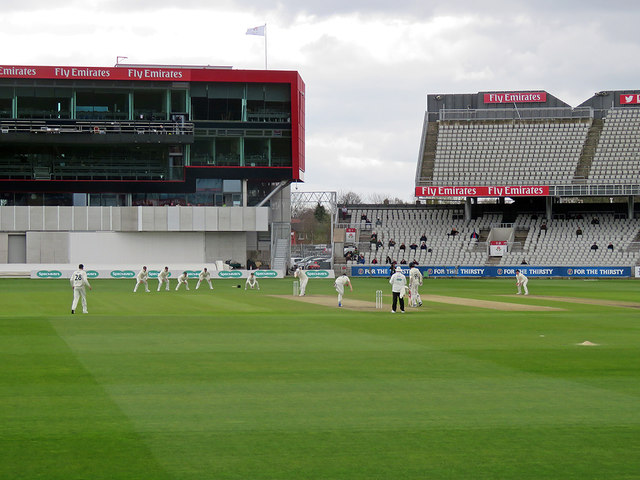 England pulled off an astonishing 24-run victory as Australia crumbled for the second time in as many weeks, in the second one-day international at Emirates Old Trafford.

Following their collapse in the first T20 a fortnight ago, Australia couldn’t cope with the pressure of chasing once more and England fought back to level the series.

Winning the toss and batting first Eoin Morgan went against the grain for the hosts’ who have become so adept at chasing big targets in recent times.

At 90-3 after 22 overs, Morgan may have wished he had stuck to the norm, however, 42 from the captain himself and critical late order runs from Tom Curran, and Adil Rashid hauled England up to a respectable total at 231-9 from their 50 overs.

Adam Zampa, the pick of the visitors’ bowlers as the leg-spinner, claimed three wickets for just 36 from his 10.

In response, a partnership of 107 from Aussie captain Aaron Finch and Marnus Labuschagne looked certain to take the game, and the series, away from England.

However, both set batsmen fell to Chris Woakes as he and Jofra Archer returned to start the fightback.

Brother of Tom, Sam Curran came into the attack for the death overs and picked up three wickets of his own, before Rashid removed the last remaining dangerman Alex Carey and with it clinched the match.

The reigning World Champions can thank their bowlers for their continued chances in the series as Woakes, Archer, and Sam Curran all took three wickets apiece to secure the fightback victory.

England winning by 24 runs in a match which looked destined to end in an Australia win. The series is now tied at 1-1 ahead of the third and final match on Wednesday, also at Emirates Old Trafford.

We hope you enjoyed the article ‘England vs Australia 2nd ODI: Hosts pull off comeback win.’ What did you make of England’s performance? Let us know!