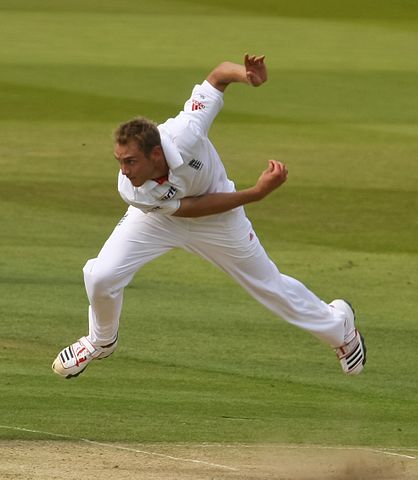 England completed their series comeback by winning the third Test of a three-match #Raisethebat series by 269 runs against the West Indies, the first cricket series since the coronavirus pandemic.

After losing the opener in Southampton, England had their work cut out in order to regain the Wisden trophy, a trophy which will be renamed now on completion of the series, however, thanks to back to back wins at Emirates Old Trafford, Joe Roots side turned the series around to win 2-1.

The hero of the third and final Test was Nottinghamshire bowler Stuart Broad, who showed us his full repertoire of skills, picking up 10 wickets in the match, as well as an important 62 in England’s first innings total of 369.

It was Broad’s six wickets in the first West Indies innings that caused the damage, giving the hosts a lead of almost 200. When Root declared late on day three, he left the Windies an unlikely chase of 399 or two days in which to survive.

Despite losing two wickets in what remained of day three, the tourists’ survival hopes were given a boost when no play was possible throughout the entirety of day four.

However, the fifth and final day gave England, Broad and Chris Woakes in particular, just enough time in between showers to take the eight wickets they needed to win the match and with it the series.

Early on Broad, who had been on 499 Test wickets for two nights, broke into the 500 wicket club. Picking up the scalp of Windies opener Kraigg Brathwaite LBW for 19, fittingly the same man James Anderson dismissed for his number 500 three years earlier.

And we can't forget his 62 in the first innings of the third Test 😍 pic.twitter.com/Z6e1udt57H

Wickets began to fall with regularity, Woakes finishing with an impressive 5-50, although it was the 500 wicket man Broad who stole the headlines once again, returning to the attack to pick up the final wicket with his first ball back.

Broad’s 10 wicket haul earned him the Man of the Match award and the Man of the Series, an impressive feat after being left out of the first Test match by the selectors. Broad just pipping another English star in Ben Stokes to the series award, Stokes has also been phenomenal throughout the three-match campaign.

An exhausted-looking West Indies squad will now head home after what has been a prolonged period in a bio-secure bubble in England following their arrival over six weeks ago. Whilst England must now prepare for more cricket with the Pakistan Test series which begins in a matter of weeks.

We hope you enjoyed the article ‘Cricket: England Fightback To Win The Series.’ What did you make of England’s triumphant comeback against the West Indies? Let us know!