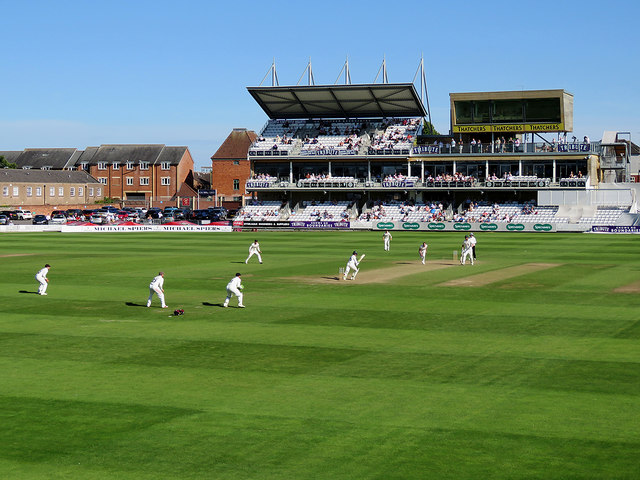 Somerset booked their place in the Bob Willis Trophy final against Essex with a day four victory against Worcestershire, with the seam bowlers stealing the show. Essex, the reigning county champions, confirmed their own place late on the third afternoon of their final fixture, as they cruised past Middlesex with wicketkeeper Adam Wheater hitting 83 in the first innings.

Here’s a round up of all the action.

The rematch is on! 👀

Exactly a year on from their 2019 title decider, @EssexCricket and @SomersetCCC will contest the 5-day #BobWillisTrophy final!

Kent signed off their red-ball summer with a seven-wicket victory over Hampshire with Darren Stevens picking up nine wickets in the match. However, it was England man Zak Crawley who put his first-innings duck behind him to make 105 in the second to guide his side home.

21-year-old Daniel Moriarty was the star of the Surrey show as his 11 wickets helped the hosts to a six-wicket win. England opener Rory Burns returned to form with a century in the first innings and a half-century in the second, whilst Sussex opener Tom Haines hit a century of his own, albeit in vain. An honourable mention for Sussex all-rounder James Coles, the 16-year-old took three wickets on his first-class debut.

The aforementioned Essex came past Middlesex by nine wickets with Stevens the main demolition man, as they booked their Friday 25 September final slot.

Glamorgan held off Warwickshire on the final day to earn a draw, number 11 Michael Hogan and Timm van der Gugten the duo left standing at the close. England Ashes 2005 winning legend Ian Bell called time on his career with this match, going out on a high with scores of 50 and 90.

The match between Gloucestershire and Northamptonshire was abandoned as a draw on the first day after a Northants player around the squad returned a positive COVID-19 test. Gloucestershire were 66-6 at the time of the abandonment.

Somerset seamers did the damage as they qualified for the showpiece final. The Taunton county coming out on top by 60 runs against Worcestershire with the wickets shared around as Worcester were bowled out for 184. Young Somerset opener Tom Lammonby struck 104 not out to set the target.

Lancashire won a classic at Liverpool Cricket Club in Aigburth, beating Derbyshire by 178 runs in the glorious sunshine of the final day. Two young sides played out an enthralling encounter with Danny Lamb and Jack Morley in particular impressing for the Red Rose county.

Across the Pennines Yorkshire easily got the better off their opponents Leicestershire as they won by 10 wickets. Seamer Ben Coad with eight wickets in the match and a second innings five-wicket haul for Jordan Thompson the keys to the success at Headingley.

Durham ended their disappointing campaign with a much-improved performance with Chris Rushworth’s seven first-innings wickets putting the northeast county in charge of proceedings. However, centuries from Ben Duckett and Joe Clarke ensured Nottinghamshire were never out of the contest.

Just a few short months ago it seemed unlikely the UK would see any first-class cricket this summer, the Bob Willis Trophy has provided us with the red-ball action and in great style.

The regionalised format has been talked about as being the potential new way for first-class cricket, going away from the two-division system currently in place.

Which team impressed you the most? pic.twitter.com/MQS0e9a1IP

Arsenal 2020/21: How The Gunners Could Line Up This Season