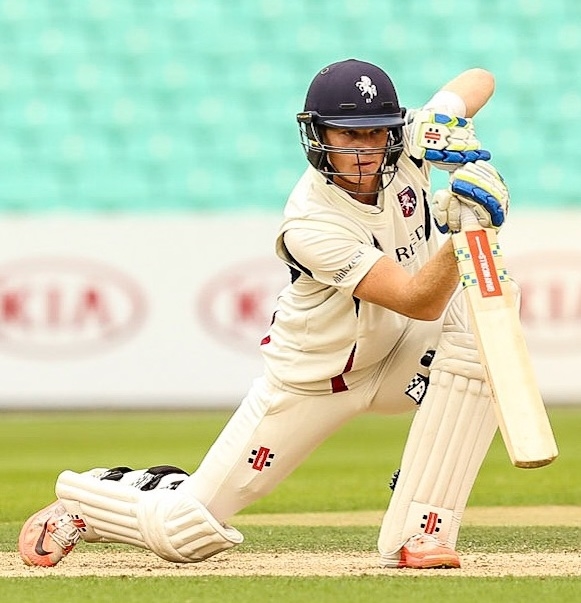 On Friday England fell to a 19-run defeat against Australia despite a maiden one-day century from Sam Billings’ in the first one-day international at Emirates Old Trafford.

England captain Eoin Morgan won the toss and elected to field first and it was a decision which began well as both openers fell early.

The Australian middle order rebuilt the innings with Marcus Stoinis hitting 43 from his promoted position batting number three. Mitchell Marsh and Glenn Maxwell were however the mainstays of the visitors batting efforts as the pair put 126 for the sixth wicket, both men striking 70 odd before falling.

Maxwell was particularly destructive as he sent the bowling of Adil Rashid into the empty stands on a number of occasions. The big-hitting all-rounder fell to Jofra Archer after hitting him for consecutive sixes.

After what had been a tight last over from Chris Woakes, Aussie bowler Mitchell Starc launched the final ball of the innings for six to take the Australian total to 294-9.

Superb 💯 from @sambillings but victory for Australia in the first ODI.

England’s response got off to a dreadful start as Josh Hazlewood in particular made life very difficult. The tall bowler dismissed Jason Roy and England Test captain Joe Root to leave the hosts at 13-2 having already faced 7.1 overs.

When Jos Buttler and skipper Morgan fell England were floundering at 57-4, however Jonny Bairstow battled on despite struggling for form and was joined by Sam Billings as the pair plotted a path to what seemed an unlikely chase at this stage.

The pair took the score to 170-5 before Bairstow fell to leg spinner Adam Zampa, quickly followed by Moeen Ali to that man Hazlewood once more – who finished with figures of 3-26 off his 10 overs, including three maidens.

Billings continued to threaten to chase the score down despite the rising required run rate, however as he ran out of adequate partners the challenge became too great. After reaching his century the Kent batsman had another go at pursuing the total, albeit in vain.

A valiant effort from England after a less than impressive start to their run chase, although all this means Australia take a 1-0 series lead ahead of the second one-day international which starts on Sunday at the same venue.

We hope you enjoyed the article ‘England v Australia 1st ODI: Sam Billings Hits Ton But Tourists Win.’ What did you make of England’s performance? Let us know!

The Ajax Stars That Are Set To Influence The Premier League