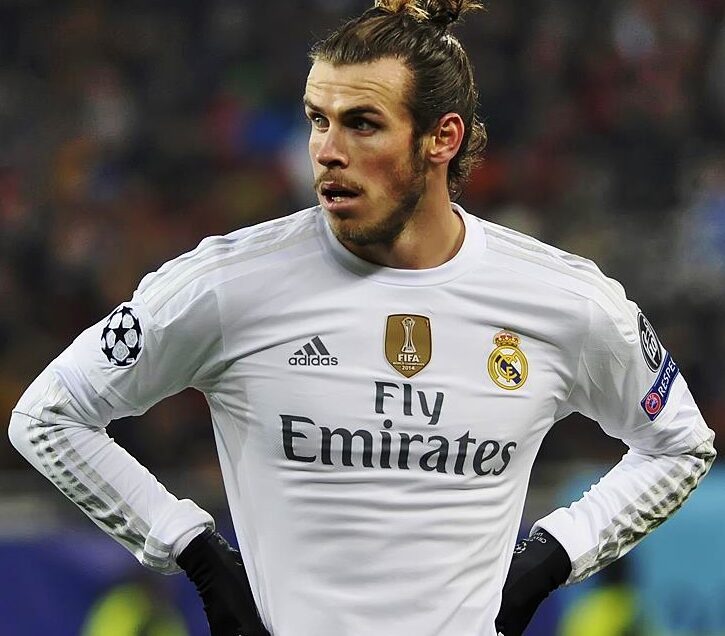 Transfer deadline day concluded on Monday, as many Premier League clubs aimed to bolster their teams. This was especially noticeable with numerous loan signings being made, with the likes of Fulham and Aston Villa trying to add squad depth.

Acquiring players on loan can be a strong benefit for teams that can’t afford to sign them permanently. It also gives players a chance to get first team football and experience in the top-flight. That being said, we also see huge names making switches, to prove to their fans that they never lost their touch.

The Premier League is one of the most attractive leagues in the world, and this transfer window was further evidence of that. This summer alone there were many players coming to England on loan, and we look at the best ones.

The Spurs icon has returned to his former club on a season-long loan after leaving for a then, world-record transfer fee of £85 million to Real Madrid in 2013. He will team up with the likes of Harry Kane and Heung-Min Son to form a deadly attacking trio.

He has scored 105 goals and produced 68 assists in 251 games for the the Spanish Giants. Although, his playing time in Madrid was limited due to injuries, he played a key part in the team that won two La Liga titles, the Spanish Cup and four Champions Leagues. Especially in the 2018 Champions League final when he scored an astonishing overhead kick against Liverpool.

After a rocky couple of years in Spain, Bale fell out with both his club and the Spanish media. He had a difficult relationship with manager Zinedine Zidane and struggled to find consistent playing time.

Gareth Bale is enjoying life back at Spurs 📸 pic.twitter.com/T81zhWzYaN

After joining Arsenal in last year’s transfer window on loan, Ceballos has impressed. This summer saw the return of the Spanish international for another year. Struggling to find playing time in Spain, with Real Madrid, he has been one of the first names on manager Mikel Arteta’s team sheet.

He formed a great partnership with fellow midfielder Granit Xhaka last season. They were particularly playing well together after the season resumed following the coronavirus pandemic.

Now they have signed Thomas Partey for £45m from Atletico Madrid. With Partey’s defensive qualities and Ceballos’ ability to create chances, Arsenal have a good set up in midfield.

If can continue to impress for the Gunners, it may be possible we see him move to England permanently at the end of the season. They have started off the season well so far, winning three out of four games. Arteta will now definitely be looking to improve on their winning run- with Ceballos at the heart of it.

Ruben Loftus-Cheek to Fulham (From Chelsea)

Following Chelsea’s big summer spending spree, several players within the club have fallen out of favour. One of them being Ruben Loftus-Cheek, who manager Frank Lampard said that there would be a possibility he would go out on loan.

The 24-year-old central midfielder missed the majority of last season with an achilles injury. Now with the arrival of £71m Kai Havertz in the squad he is even further away from the lineup. However he has back stronger now and is looking to find first team minutes in order to regain his form.

Before the injury, he was making his way to be one of the first names on the team sheet. Having featured over 70 times for Chelsea and 10 times for England, Ruben will want to showcase his talents with Fulham.

He is also joining a team that has struggled massively since promotion into the top flight. They have lost all four games and conceded 11 goals. With the physical presence of Loftus-Cheek and his ability on the ball however, fans will be hoping he can help turn their fortunes around.

Chelsea and Fulham have agreed a loan deal for Ruben Loftus-Cheek. #DeadlineDay

Ross Barkley is another Chelsea player that has fallen out of favour at the club. Like with Loftus-Cheek, competition for a place in Chelsea’s midfield is strong. The arrival of Kai Havertz doesn’t help Barkley’s case as well.

The England international only started 13 games in the Premier League last year, scoring one goal and producing four assists. He signed for £15m in 2018, but has since struggled to find first team football.

However, it is well known that he can perform at the top level and he will be a great asset to Aston Villa. He impressed on his debut in their 7-2 win over champions Liverpool at the weekend and looks to be a great signing for Dean Smith and his team.

If he can continue to play well for his new club, he may well be in with a chance of earning another England call up. With the Euro’s next year, this could be a great chance for Barkley to get his name in Gareth Southgate’s squad.

Cengiz Under to Leicester (From Roma)

Leicester signed Turkish winger Cengiz Under for the season, with the option to buy permanently. Under signed from Roma after joining there in 2017 for £12m. He has featured 88 times for them and has earned 21 international caps for Turkey.

Under has scored 17 goals for Roma and looks to add to the attacking threat of Jamie Vardy and James Maddison. He joins his Turkish teammate Caglar Soyuncu at Leicester, which is one of the main reasons why he joined this transfer window.

Cengiz came on as a sub in their 3-0 loss to West Ham on Sunday, but struggled to impress on his debut. However, Manager Brendan Rodgers has said that he is “A very, very good player” and that they need a “different kind of attacking player”.

The 23-year-old will need to quickly adjust to life in the Premier League, if he wants to make an impact for his new club.

Alphonse Areola to Fulham (From PSG)

Another high profile loan signing for Fulham is 27-year-old goalkeeper, Alphonse Areola. The French international has played for both Real Madrid and PSG. His experience at the top level, including in the Champions League, will benefit a side that is desperate for more quality.

The 6ft 5in keeper, has already featured in goal four times for Fulham this season. He also kept a clean sheet against Ipswich Town in the Carabao Cup. However, he has struggled in the league with Fulham’s back four often at fault for conceding.

With his experience from playing at big clubs, he will demand a better effort from the rest of his team. The addition of Areola should definitely help improve the changing room and leadership on the pitch.

If manager Scott Parker can keep him happy in the team, Fulham may be able to change their luck around. Once they sort out their defensive frailties, forwards such as Aleksandar Mitrovic should be able to handle the goals.

Theo Walcott to Southampton (From Everton)

Theo Walcott has re-joined Southampton this transfer window- the club that he started his Premier League career at. The 31-year-old signed from Everton after struggling to find minutes under boss Carlo Ancelotti.

The tricky winger came through Southampton’s academy, which is known for developing future prospects. The likes of Gareth Bale, Alex Oxlade-Chamberlain and Luke Shaw were all involved in the academy set up.

Walcott moved to Arsenal for £5m in 2006, scoring over 108 goals for the club in 398 appearances. He produced 78 assists as well and quickly became a fan favourite at the north London club. Not only this but he is still the youngest ever player to play for England, when he got called up at the age of 17-years-old. He was selected without even having featured in the Premier League.

His move to Southampton will help take some of the scoring load off from Danny Ings. Walcott was brought in to help provide assistance going forward and his return will be welcomed by many.

Jack arrives from Manchester City, for another loan spell after spending last season with Leeds. The 23-year-old impressed manager Marcelo Bielsa in the Championship and started 45 games for them. He scored six goals and produced eight assists for the northern side.

After signing from New York City for £3.6m in 2018, he is yet to play for Man City. The midfielder has now played three times in the Premier League this season for Leeds, scoring once and assisting once.

His ability on the ball and capacity to create chances makes him a great loan signing for Leeds. With him still being young, Harrison has a bright future ahead of him. A debut season in the top flight is just what he needs to boost his profile further.

Robin Olsen to Everton (From Roma)

Everton manager Carlo Ancelotti has signed Robin Olsen for his sixth summer signing this window. He will provide competition for current first choice goalkeeper, Jordan Pickford. Pickford has made numerous mistakes since the start of the season.

The Swedish international arrives from Roma, and was signed by the Italian club to replace Alisson. Alisson broke the world record transfer fee for a goalkeeper when he signed for Liverpool for £66m.

Unfortunately, Olsen couldn’t cement himself as the number one choice in goal and was sent out on several loans for game time. He will however, rival Pickford for a place on Ancelotti’s team sheet.

The 30-year-old has played 37 times for his national team, including against England in the 2018 World Cup quarter finals. So he has lots of experience behind him as he looks to take Everton’s goalkeeper spot.

Can't wait to see you soon @everton and get started, I am proud and honored! 🔵💙 Big thanks to everyone that played a role, and as always to my agent Hasan Cetinkaya💥

The transfer window saw French youth international, Rayan Ait-Nouri join Wolves on loan from Ligue 1 club Angers. The 19-year-old has played for his national U21 team and boasts lots of potential as he makes the switch to England.

The attacking full back joined having featured 17 times last season, as Angers finished 11th in the table. He has also started all of their first three league games for this season. His attacking contributions and ability to carry the ball forward, has led to him being linked to several top clubs, including PSG.

Ait-Nouri will look to fill the spot of full back Ruben Vinagre who went out on loan to Olympiakos after playing 70 times for Wolves. He will have to fight for his place in the squad and rival strong competition to get first team playing time under his belt.

Vitinha to Wolverhampton Wanderers (From Porto)

A look back at all the drama throughout #DeadlineDay: the biggest moves, the deals that didn't happen and the best from our pundits…pic.twitter.com/R2u0bSAEmC

We hoped you enjoyed the article ‘Transfer Window: The Best Loan Signings From This Summer’. Who do you think was the best loan signing from this transfer window? Let us know!