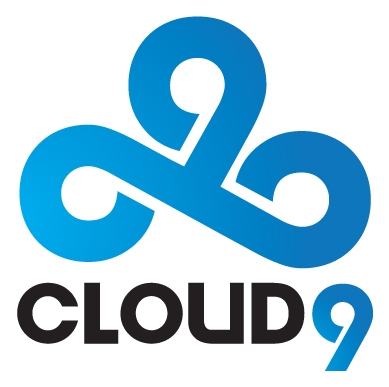 The CSGO world was astonished by the news of Henry “HenryG” Greer joining the Cloud9 organisation as a General Manager. While the void left by him in the on-air talent pool will be difficult to fill, his transition to the GM role could be the start for an organisational revolution in CSGO.

If this project finds success, it would finally show the importance of a CSGO-dedicated operational role to the scene. The popularisation of the GM (Sporting Director or Director of Football in European terms) would undoubtedly bring much needed stability and sustainability to counter-strike orgs.

While different GMs have different responsibilities depending on their organisation/sport, they are generally tasked with the planning and execution of a defined vision for their teams. In practice, this could mean anything starting from the arrangement of the roster and coaching changes to the selection of competitions the team will attend and planning a schedule around it.

The General Manager is a figure operating in the area present between management and the roster itself. Being a part of both worlds, the GM can act as an intermediary between the team and the elements in upper management, facilitating the application of certain strategies, implementation of budgets and staff appointments.

The statement announcing HenryG as the new GM was also accompanied by the signing of veteran coach Aleksandar “kassad” Trifunović, previously of Renegades and 100Thieves. This was then followed on the 10th of September by the announcement of Alex “ALEX” McMeekin as Cloud9’s new Captain and IGL. The sequence of these announcements is not random, C9 are establishing a clear leadership structure within their CSGO roster, starting with HenryG at the top, down to the coach and Captain. It is clear that the former caster has a clear vision for the team and has identified the two figures which will help him accomplish its realisation.

Now the dust has settled

What would you like to see in our next player announcement? Anything that would be interesting or beneficial. Let me know!

Some of Henry Greer’s first decisions as GM have already sent shockwaves throughout the scene, most notably with the announcement of ALEX and the public disclosure of the value and length of the deal, a three-year contract worth $1.65 million.

This new level of transparency will allow players as well as esports organisations to have a clearer estimation of their own worth instead of arbitrarily setting salaries and release clauses. Additionally, with the public -and other orgs- being aware of the player’s worth, there will be further pressure on the players to work to a standard that can resemble their value. Additionally, if this practice becomes more common amongst other organisations it will provide players a stronger hand in contract negotiations.

For much of the history of CSGO, roster changes have been driven by the players and coaches themselves, with management only being responsible for the actual organisation of transfers. The propagation of the General Manager role will initiate a much-needed transfer of power from the players to a defined managerial figure.

Players won’t be able to be the main driving force in roster changes, as the GM will be the individual responsible for organising scouting, choosing suitable candidates and the eventual negotiations. Contrary to what can sometimes happen in the current climate where player or inexperienced staff will result in the organisation blowing away large sums of money in unsuccessful transfers.

Ultimately, it comes down to execution. If everything goes according to plan and Cloud9 are able to find the perfect balance of cooperation between GM, coaches and players the result will be not only a successful move for the North American origination, but for the entire CSGO scene too.

Today, I am thrilled to announce my new position as GM of CS:GO at @Cloud9

My first official acquisition is our enigmatic Head Coach: @Kassad

Please take the time to read the @RLewisReports article below, where we break down our goals of the project. https://t.co/R4GAqTYR2G

The Return of the Eredivisie- Sparta Rotterdam vs Ajax