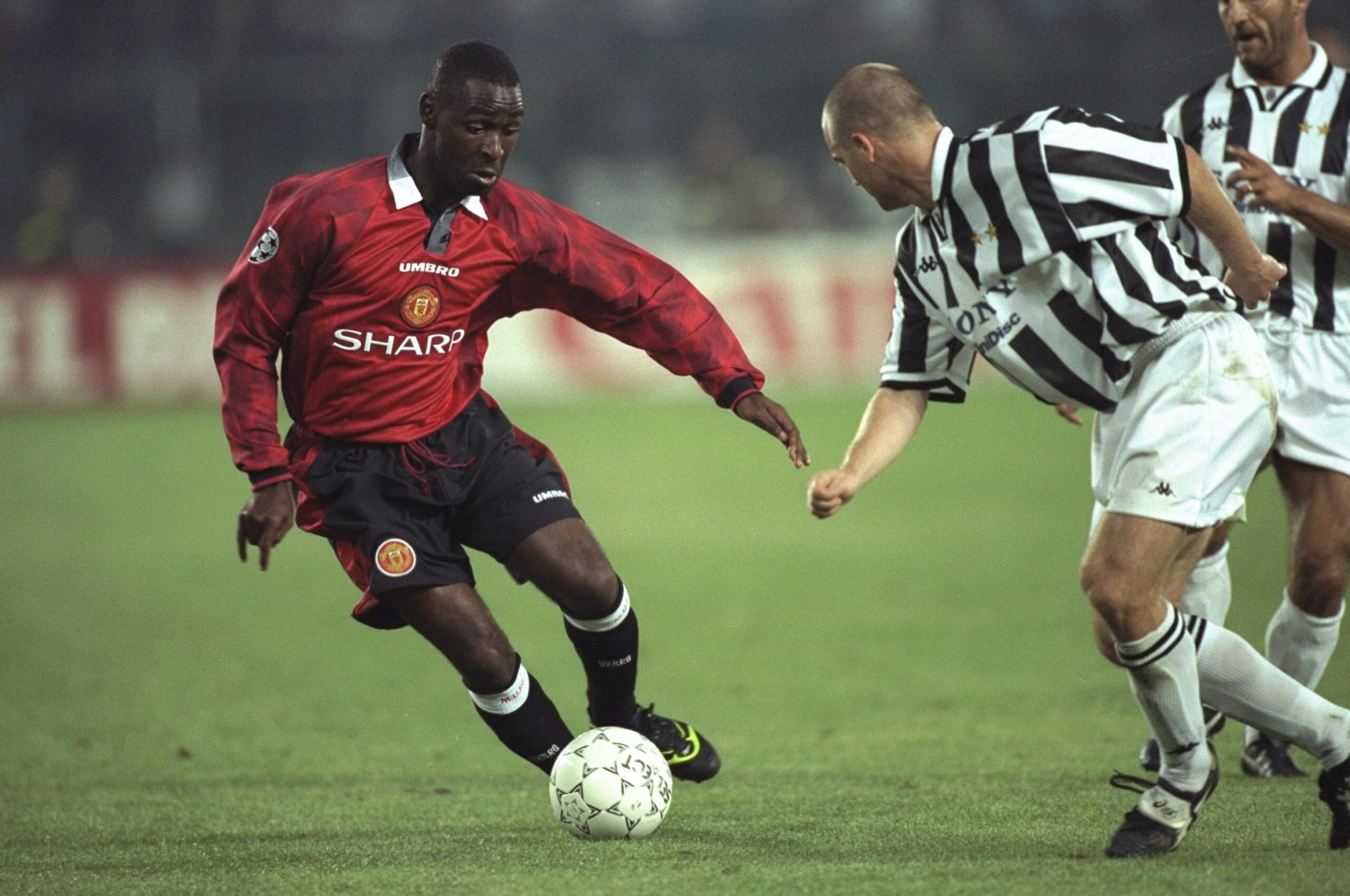 A couple of years ago, the BBC Match of the Day crew decided to put their heads together and decide on their Greatest Premier League XI. Comparing past and present Premier League teams and players seems to have become the new trend. Whether it’s comparing title winners, world record signings or world class flops, these debates always get people talking. With 28 seasons of talent to choose from, the overlooked players can often create the most headlines… or at least, upset a few people on twitter. When it comes to the Greatest Premier League strikers, one player is constantly overlooked. The former Newcastle and Manchester United striker Andy Cole.

Why one of the Greatest Premier League Strikers keeps getting forgotten

Andy Cole is a legend. Despite retiring nearly twelve years ago, the 1993/4 Golden Boot winner is currently the third highest Premier League goal scorer and has the 12th most Premier League assists. What is even more impressive is that just one of his league goals came from the penalty spot. To put that in comparison, Alan Shearer, Wayne Rooney and Sergio Aguero all took penalties for their clubs, swelling their goal totals up by 56, 23 and 26, respectively. In fact, Shearers potency from the spot is seen as one of his outstanding qualities. The numbers are all there. So why could it be that the ‘Number Nine’ in the famous ‘treble’ winning team keeps getting overlooked?

And only one was a penalty. 😱 pic.twitter.com/LDYa1W7xPS

Cole is remembered as an old-fashioned centre forward. Could this actually be counting against him? The silky French flair of Thierry Henry. The genius of Eric Cantona. The mesmeric touch and control of Dennis Bergkamp. All of these Premier League legends are remembered with fondness by fans and pundits alike. Wayne Rooney, Robbie Fowler and Michael Owen are etched into folklore for bursting onto the scene as youngsters with pace and power. Now it seems that despite being the fastest player to reach 50 Premier League goals, nobody remembers Cole for any particular trait.

Rob Smyth once argued in The Guardian:

“Cole arguably blazed a trail for the modern Premiership frontman. At the time when the specialist striker was in vogue, Sir Alex Ferguson had the vision to realise that it was more productive to have a jack of all trades than a master of one.”

The truth is, despite the general consensus, he wasn’t just another old school centre forward. He did prided himself on being a well-rounded team player and a brilliant all round player but it does seem to have made him less memorable.

Ok, so we do need to talk about that England record. A single goal in 15 caps does not look great on paper. In fact, it would not look much better if it were chiselled in gold either. Compared to the likes of Alan Shearer or Teddy Sheringham? Yes, there’s no doubting the impact his international heartache has had on his legacy. Incredible competition for places. High profile fallings out at international level and terrible injuries at terrible times, limited his international appearances to less than the likes of Darius Vassell and Matthew Upson.

Then of course, England manager, Glenn Hoddle’s famous accusation that he needed “six or seven chances to score one goal”. A line that seems to have cemented his international legacy as a disappointment. Safe to say it’s an England career that is not remembered fondly. If remembered at all.

There are not too many strike partnerships as beloved as Yorke and Cole. Becoming synonymous with each other and the dominant, treble winning United side they were a part of. The icon duo shared an instant rapport on and off the pitch and it showed. Clive Tyldesley famously remarking that “the combination between the Cole and Yorke was out of this world” after the formers strike against Barcelona in 1998. Unfortunately for Cole, he seems to be remembered more for this partnership than his own personal career. Many lists of greatest Premier League strikers feature these two as a package deal. Making it easy to forget the rest of his outstanding career and how great he was in his own right.

While the likes of Alan Shearer were undoubtedly the first-choice strikers at their clubs throughout their careers, Cole was always being rotated as competition at United at that time was so high. This served the club incredibly well but could have certainly impacted the legacy of the individual. Even as his career trickled off, and he played for teams lower down in the table he continued scoring. Including a world class strike against Liverpool for Blackburn.

Thankfully for Cole, the supporters who spent their time singing his name tend to give him the respect that he deserves. With trophy cabinet envied by Premier League strikers who are rated higher, the last laugh belongs to the Nottingham born man. He still holds the club record at Newcastle United for most goals in a season and is forever carved into Manchester United folklore. Andy Cole should certainly slightly disrespected, but I’m sure he won’t lose too much sleep over it.

We hope you enjoyed this article ‘Greatest Premier League Strikers: Why Andy Cole is Still Overlooked.’ Where do you rank Cole among the best strikers of all time? Let us know!