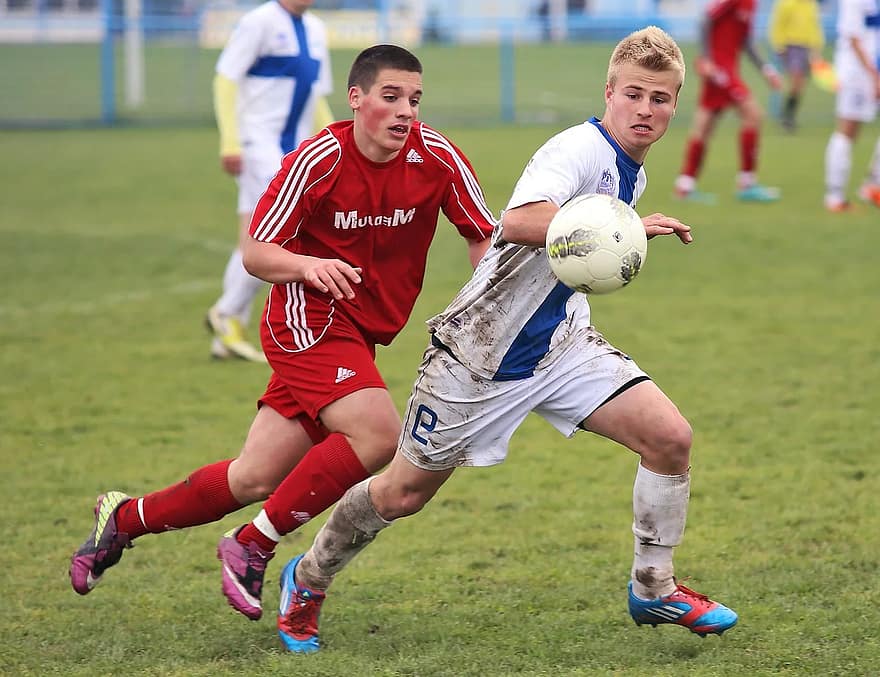 Who are the future football stars in world football in 2020?

Football is a sport where many players come and go, however only few make it to the top. Lack of chances as well as not being able to perform at the top level are some of the reasons for their failures. Lionel Messi and Cristiano Ronaldo are the first two names when a conversation of young talent making it big is raised.

Many of these young talent go on to make an impact on the football pitch whenever they get on. Kylian Mbappe, Jadon Sancho are the best examples of this. Mbappe has already made his name in the World’s Best Footballers right now. Jadon Sancho is on his way of doing the same. Let us look into some Upcoming Players who have potential to be among the best. Here is our list of future football stars 2020 edition.

Phil Foden, a 20 year old Manchester City player has already caught the eyes of many football fans. Foden gained widespread attention in the 2017 U-17 FIFA World Cup after he won the competition with England and was named the Best Player of the tournament. A Left footed player who can not only play as a winger but also as a midfielder. Foden can play on both wings for Pep Guardiola, on of his biggest asset.

In 19 appearances he has 4 goals and 2 assists, with his last goal coming against Liverpool in a 4-0 win for the Manchester side. Often coming on the pitch from the bench, Foden has a chance to get his name among the playing eleven for Manchester City. With the way he is playing, Pep will have to think twice before leaving him on the bench so often next season.

“I’ve seen many players in my life – I have trained incredible, incredible players and Phil will be one of them” Guardiola was full of praise for Foden after a good display against Liverpool.

19 – Phil Foden has been directly involved in 19 goals in his last 24 starts in all competitions for Manchester City (nine goals and 10 assists). Adaptation. #MCILIV pic.twitter.com/7v8jqWzJDp

Mason Mount is another youngster from England. Mount represented England in 2017 at the  U19 European Championship, where he won the Golden Player of the tournament. Currently playing for Chelsea’s first team, he is an integral part of Frank Lampard’s plan. Mason Mount hast played every match for Chelsea this season in Premier League, scoring 6 and creating 4 goals.

Lampard has used Mount more as a number 10 player, giving him a free role in that midfield position. Mason Mount is one of the brightest talents in this Chelsea side who already boast notable players such as Pulisic, Abraham, Hudson-Odoi and many others. Already one of the first names on Lampard’s team sheet, the only thing left for him is to give his best and keep improving.

“Generally, with midfield, I do like midfield players who can perform, not all the roles but can play high, can play on the side, can do the defensive duties and Mason really has that,” Lampard talked about Mason Mount’s role.

For many his name would a be surprise. Trincao is a 20 year old Portuguese international currently playing for S.C.Braga. Barcelona paid around 30 million euros for this youngster’s service. He will be joining the Catalan side next season. A young talented winger, perfect for this Barcelona team who lack players on the wings, Trincao will have a lot of chances to leave his mark in La Liga.

He has managed to score 8 goals and provide 6 assists in just 24 appearances. A player who likes to run at defenders and does not shy away from 1v1 battles, he will surely prove to be a valuable asset for the Catalan giants. He will certainly be a player to lookout for in the coming seasons.

“I want to learn from Leo Messi, he is one of my heroes” said Trincao when asked about Barcelona and his future.

Kai Havertz has already made his name among the best young talents in the footballing world. With many of the biggest clubs in world football already showing interest in the youngster, it is no question Havertz is set to become one of footballs future poster boys.

The German international has 12 goals and 6 assists to his name and has been Leverkusen’s best player this season. More of an attacking midfielder, it would be interesting to see how he fits in Frank Lampard’s plan as Chelsea look to sign him. The coming seasons would be very important for him as they will shape his career as the world carefully watches.

“He’s obviously a top player, but I’m certainly not going to comment on other players at other teams” said Lampard when asked about Havertz.

Kai Havertz could leave Bayer Leverkusen for Chelsea this summer as part of 'an agreement' with the Bundesliga club, sporting director Rudi Voller has admitted.

Mason Greenwood, potentially the most interesting name on this list. At the age of 18 he is doing wonders at Manchester United, making the most of the chances given to him. 9 goals and an assist in just 9 starts are some highly impressive numbers for a 18 year old in England’s top flight league.

United fans are full of praise for this young, talented right winger & midfielder. Jadon Sancho, also being linked to United, could prove to be a speed breaker in his road to success. He still has a long way to go, but big things are expected from him.

“He is a great player, a top finisher. You don’t know if he is left or right-footed and it is great to see the kid scoring goals. We need to have some patience with him because he is young.”  Ole Gunnar Solskjaer tells United fans to be patient with Greenwood.

These four players will certainly be players to look out for in the upcoming seasons. A lot of is expected from them and the pressure is high. Playing for some of the world’s best clubs won’t make it easier for them but will help to showcase their talent to the world.

We hope you enjoyed the article ‘Future Football Stars 2020.’ Which of these players do you think will be football’s next star? Let us know!