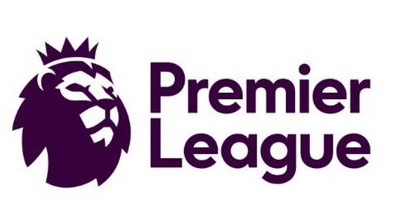 Predictions for the first full matchday

The Premier League is well and truly back and there are some really interesting fixtures this weekend that could make a massive difference in the fight for the top 4 and the relegation battle. In what will be the first full round of Premier League fixtures, we attempt to predict the results of these top-flight clashes. Starting with Norwich v Southampton, here are our Premier League Predictions.

The Canaries have 9 cup finals to secure their place in the top flight for next season but they have a massive mountain to climb. They are currently 6 points from safety so they must start winning sooner rather than later. Daniel Farke’s side just don’t score enough as they have only scored 25, joint lowest with Newcastle.

Southampton on the other hand have turned their fortunes around since that 9-0 drubbing at home to Leicester back in October. We feel that they will sneak the victory and Danny Ings will continue his brilliant form.

This one has all the markings of an absolute belter of a match at the Tottenham Hotspur Stadium on Friday night. If this game was played as planned before the break I think Manchester United would have won without much of a problem. Spurs were in poor form, with their last win coming in February, a run of six games without tasting victory.

The return of Harry Kane and Heung-Min Son, however, is very much good news for Spurs and should give them a boost going into the game. Manchester United were in great form before the break and we feel that they will get the job done, with Bruno Fernandez pulling the strings in midfield and Marcus Rashford causing havoc for the Tottenham defence.

The Hornets sit dangerously close to the drop zone and I think it could be a very long 90 minutes for Nigel Pearson’s side. Leicester have been nothing short of superb this season and deserve to be where they are, we think they will grind out a result here. Watford won’t make it easy and as Liverpool found out back in March, The Hornets can sting, but I feel with James Maddison creating chances for Jamie Vardy it’s going to be The Foxes’ day.

The Seagulls have become a bit of a bogey side for Arsenal over the last few games and they will be desperate to keep that up because they are looking over their shoulders. A draw doesn’t really help either side so I am going to say an away win, depending on which Arsenal side shows up. The Gunners could pick them off if the game opens up but the North London side do have a habit of throwing points away against teams they should be beating. 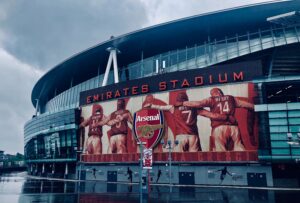 The Gunners have won only two games away from home

For the next of our Premier League predictions, we must say that we really fear for The Hammers in the relegation battle, they concede at will and they don’t score enough. Their home form hasn’t been great and with no fans to respond to I think it’s going to be another defeat for David Moyes and co. Wolves on the other hand are fighting for a chance to potentially sneak into the top 4, they have been a pleasure to watch this season and I think this is the banker of the weekend.

This an absolute must win for Eddie Howe’s side because they are another side that simply don’t score enough goals. We are a big fan of the way they play football and there is no doubt that they have some talented players such as Ryan Fraser and Harry Wilson. They will both need to be at their best for the rest of the season in order to keep their side up.

Crystal Palace are a strange team, they can be wonderful one week and woeful the next, but when you have Wilfried Zaha in your ranks then you always have a chance. We can’t separate these two so it is a score draw for us.

The Toon currently sit in 13th and don’t have much to play for, they are probably one or two wins away from making sure that they stay safe and they are also unlikely to get anywhere near the European places. It is a massive chance for some of the Newcastle players to cement their futures at the club because, if the new owners do splash the cash, it could farewell to some of the current crop. Sheffield United will be hard to break down as usual and look to hit on the counter, we really can’t see anything other than a draw in this.

This game for us all comes down to one thing, how Jack Grealish plays. If he plays the way he is capable of then we’re in for a very close game. That being said, we really only see one winner in this tie, and that is Chelsea. The job that Frank Lampard has done this season is fantastic and some of the youngsters that have came through such as Billy Gilmour and Reece James have played some fantastic football. We think Villa will cause problems but Chelsea’s quality will see them get the win.

Stamford Bridge, the home of Chelsea

Liverpool could have won their first title in 30 years at Goodison Park if results in Manchester had gone their way, however, nobody can deny that they have been without doubt the best side by a million miles. The Toffees sit in 12th and are safe and are unlikely to get into Europe, whereas, Jurgen Klopp’s side will be crowned champions at some point, albeit not on Sunday.

Everton will be absolutely desperate to stop their arch rivals from across Stanley Park from winning and delaying Liverpool from being champions would give them bragging rights. We see Dominic Calvert-Lewin being the difference in this fixture.

In the last of our Premier League predictions, we are going with 3-0 to Manchester City. We think this game will be closer than the score suggests because Sean Dyche’s team can cause problems, especially from set plays. We think Man City, with the players that they have, will grow into the game nonetheless and turn on the style.

Burnley do have an outside chance of sneaking into the european places and have some good fixtures coming up for them to give them a chance. Man city will want to finish as high as possible but with that Champions League ban hanging over their heads it could all be for nothing.

Today, the Premier League is back.

Here's a reminder of this week's fixtures. 😍 pic.twitter.com/Bl6pEs714w

We hope you enjoyed the article ‘Premier League predictions: Matchday 30’. Which predictions do you agree with? Which ones would you change? Let us know!

Massive football fan, recently started my own podcast which is mainly about football but I love all sports. I also do a bit of commentary at Maidstone United.