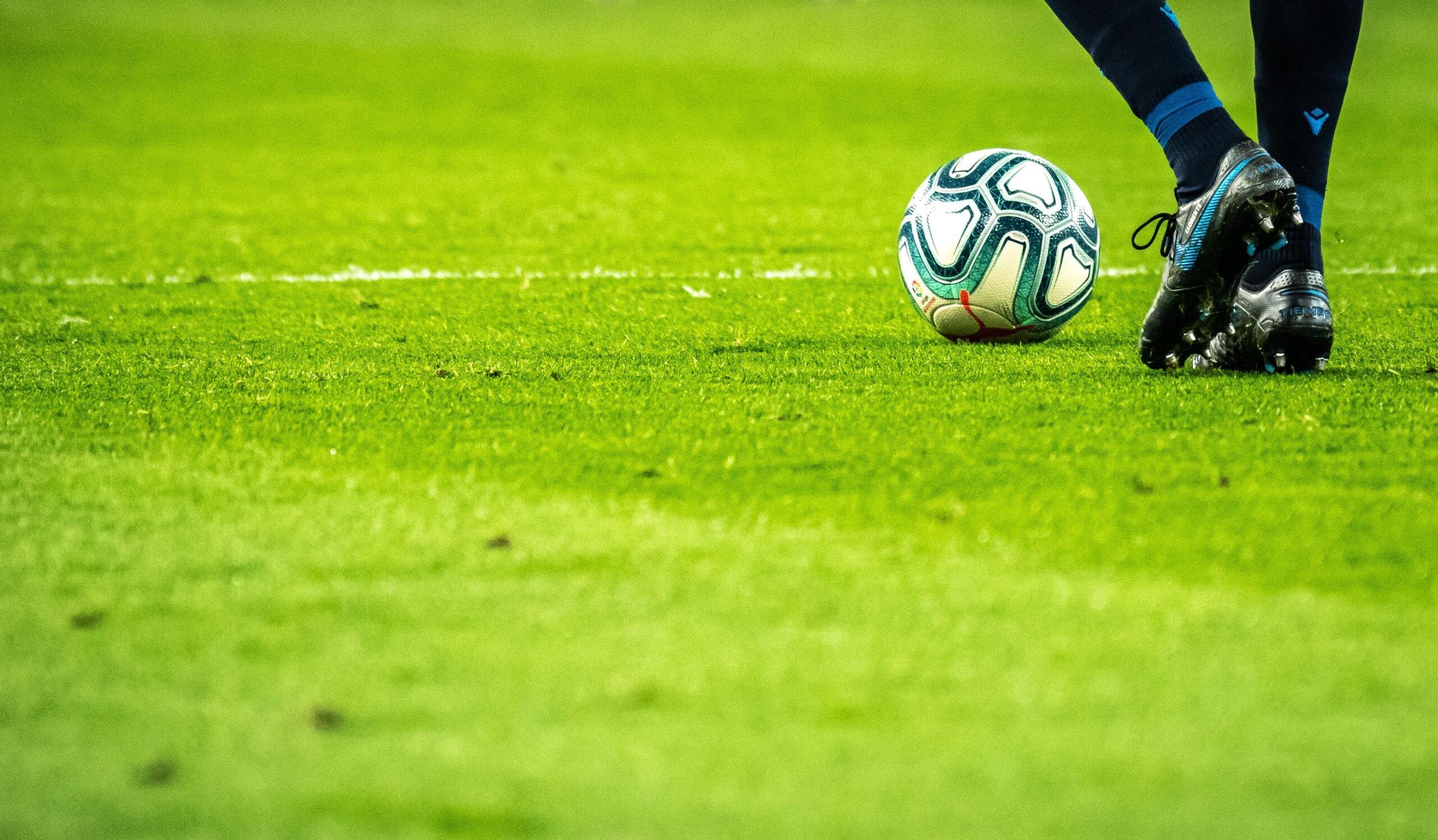 As the Championship returns, we look ahead to first fixtures back.
Spread the love

The Championship is back! Here’s what you can expect ahead of the weekend

After 99 days, the Championship returns on Saturday 20th June, with a full fixture list of twelve matches this weekend. Ahead of kick-off, we take a look at the fixtures in the first gameweek back.

One of, if not the most, intriguing matches of the opening weekend back: third placed Fulham host West-London neighbours Brentford.

With both teams chasing automatic promotion places, a win for either side will keep the race alive for another week. Meanwhile, a loss will heat up the competition for the top six, with many teams fighting to replace either side if any stumble.

Arguably two of the best footballing sides in the league, this will certainly be a game for the purists.

Two sides both with lots still to play for, Steve Cooper’s Swans will be hoping to close the gap to the top six by beating Jonathan Woodgate’s struggling Boro, who could also do with three points to aid their fight for survival.

A win for the Welsh outfit could lift the side into the top six if results go their way, and the Teesiders are just two points above the drop zone.

Gary Rowett’s side hosts his former club at the Den, with both teams in good form before the break.

Sitting just two points outside the top six, the Lions have gone under most fans’ radar, and have a great chance at reaching the Championship play-offs for the first time since 2002.

Meanwhile Phillip Cocu’s Rams had a slow start to the season, not helped by the court case that was investigating a drink-driving charge over Millwall loanee Mason Bennett and Tom Lawrence. Despite their early struggles, Derby now sit 12th, just five points outside the play-offs themselves.

Another clash between two of the chasing pack for the top six, both Tony Mowbray’s Rovers and Lee Johnson’s Reds both sit within striking distance of Preston North End in sixth.

Still without key man Bradley Dack, the home side have impressed this season without the former Gillingham midfielder, but he will still be missed ahead of the clash.

The Lancashire outfit only returned to the Championship two seasons ago, but experienced former Middlesbrough and Celtic boss Mowbray has managed to turn them into real contenders for a top six spot.

Johnson’s City have been fighting for the top six for the past few seasons but just missing out; could this be the year they finally make it in? If so they will need to beat those around them, starting at Ewood Park.

Two sides at the bottom end of the table, both will be looking to pick up the points to keep themselves at a safe distance from the relegation zone.

Paul Cook’s Latics were unbeaten in six before the stoppage, and had managed to haul themselves out of the bottom three. They now sit 20th, but are still only two points above the drop.

The Cowley brothers’ Terriers are a bit safer, however they are still only 18th and just a point better off than their opponents.

Having just come down from the Premier League, the Yorkshire side should be looking much higher than to merely stay up this season. However, after a poor start they will now need to use these last nine games to ensure survival and look to rebuild for next season.

In the league table, however, it is much closer, with the Addicks sitting in the last relegation place, just two points below opponents Hull. Since the loss of Jarrod Bowen and Kamil Grosicki in January, the home side have plummeted from comfortably mid-table to strong relegation candidates.

Lee Bowyer is having a similar issue with his Charton side, with Lyle Taylor, Chris Solly and David Davis also deciding against playing the remaining fixtures. Both sides will be without key members for the final nine games, with Jackson Irvine, Eric Lichaj and Marcus Maddison deciding to leave the KCOM.

This is certainly one to keep an eye on, as a good start will be vital for either side to turn their season around.

Alex Neil’s side have been pushing for top six for the previous two seasons, and now his side are in pole position to finish in the play-offs.

Luton sit second to bottom and six points adrift, so wins are now vital for the home side, although not many will be expecting a win this weekend.

These are the games the Lilywhites should be looking to win in order to extend their stay in the top six, with five clubs all within striking distance if they were to slip up.

Mark Warburton’s Hoops host bottom club Barnsley in what will no doubt be an unpredictable match-up.

Having won fourteen and lost fifteen, the West-London side are one of the most topsy-turvy teams in the league.

Just six points outside the top six, a late push is not out of the question, although these are the games they should be winning if they want to secure a chance at promotion.

The Tykes have won three and lost three of their last six, and currently sit seven points adrift of safety.

They need a good start if they are to pull themselves out of danger, but have already shown that they are capable of putting a run together.

I’ve been carrying around an old Super 8 camera at #QPR home games this season—here are some bits of film from the story so far.

Back at it Saturday but sure won’t be the same… pic.twitter.com/9zWgSBZLCI

Mark Bowen’s side host a Potters’ team sitting just three points above the bottom three in their second season back in the Championship.

Reading are equally as unpredictable as Hooped rivals QPR, having beaten the likes of Fulham and Preston this season as well as losing to strugglers Charlton and Hull.

With little chance of going up or down, the Royals will have one eye on next season, which could certainly help Stoke if they turn up fighting for the three points.

Two big sides at this level, it is Sabri Lamouchi’s Tricky Trees who look most likely be leaving the division any time soon.

Fifth in the table, the Frenchman has comfortably guided the East-Midlands’ side into the promotion picture in his first season.

Meanwhile the Owls look set for another season in the second flight, sitting 15th and comfortably mid-table.

The break came at the perfect time for Garry Monk, with his side have one just once in the last six and calls from sections of the fans for him to go.

As the Championship returns, a good run of results and performances over the final nine fixtures is a must if he is to rebuild his reputation at Hillsborough.

Second placed Baggies will look to leap to the summit, at least for an evening, with a win over near-neighbours Birmingham City.

Slaven Bilic’s star-studded squad are six points clear of third placed Fulham, and look nailed on to achieve promotion back to the Premier League.

With Blues boss Pep Clotet already announcing that he is walking away at the end of the season, it will be interesting to see whether this affects the players for the final nine games.

Eight points off of the bottom three, they should comfortably survive, but stranger things have happened.

Marcelo Bielsa’s Leeds are a point clear of second placed West Brom and seven points clear of third. Even by their standards, it would take one massive slip-up for the side not to be promoted from this position.

Neil Harris’ Bluebirds are ninth, and just two points outside the top six, so still have lots to play for over the final nine games.

Two opposing styles will clash, with Bielsa’s high press against Harris’ more direct play, should make for an interesting watch on Sunday lunchtime. 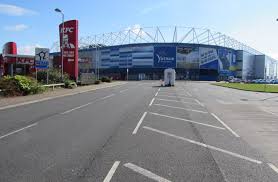 As the Championship returns, who do you think has what it takes to clinch a top-six position? Who will be slipping out of the Championship at the end of the season? Make sure to leave a comment below!

For related football news, check out the links below:

Manchester United: A Look Ahead to the Rest of the Season

James is a Football Journalism student at the University of Derby. He is an avid football follower from Reading. You can contact James at: james1871@icloud.com