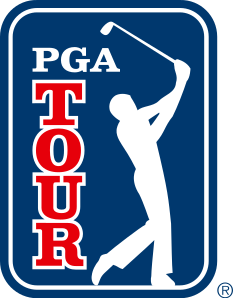 The PGA Tour returns this week with a star studded field lining up in Texas.

After a three-month hiatus due to Covid-19, the Tour resumes at Colonial Country Club for the Charles Schwab Challenge.

The World’s Top Three are the main attraction at the event, as they headline the field.

McIlroy has already won once this season, with his worst result being a T5 finish at both The Genesis Invitational and The Arnold Palmer Invitational.

Rahm is also one of the most consistent players in the world right now, with four Top 10 finishes in only five starts.

Koepka is the last player in the group and, despite a poor start to the season, can’t be taken lightly. In the last three years, the 30-year-old American has won four major championships.

The American trio are the next featured group in Texas.

The three of them are great friends off the course and should provide a lot of entertainment at the event.

Fowler has two Top 10 finishes in six starts this year and is currently 94th in the FedEx Cup standings.

Thomas is currently second in the FedEx Cup standings and is one of only two players to have won multiple tournaments this year.

DeChambeau has four Top 10 finishes in only seven starts, including second place at the WGC Mexico Championships.

Johnson is currently 111th in the FedEx Cup standings with two Top 10 finishes in four starts.

Rose’s best result is a T28 finish at the WGC HSBC Championships. He has recently split with golf club sponsor Honma and returned to Taylormade, the company he has had the most success with.

Colonial Country Club is a private golf club in Fort Worth, Texas. It has hosted the event, currently called the Charles Schwab Challenge, since 1946, making it the longest running non-major tour event held at the same site.

The most famous winner of the tournament is Ben Hogan. The Texan won the event five times, which earned the course the nickname ‘Hogan’s Alley’.

At 7,209 yards, Colonial is one of the shorter courses on the Tour’s calendar. Its signature hole is the par 4 fifth, which is regarded as one of the best holes in America, with the Trinity River running alongside it.

This year Rory McIlroy is the heavy favourite to take the title in Texas but, since this is the first event after lockdown, don’t be surprised if there’s a shock result on Sunday afternoon.

The Best Players To Have Never Won A Major: Part 1

Can Manchester United Be Dominant Once Again?

What it takes to cycle around the world

Where Next for Josh Kelly?

A Refreshing Cup of Cheer

Where are 2021’s men’s golf majors being played?