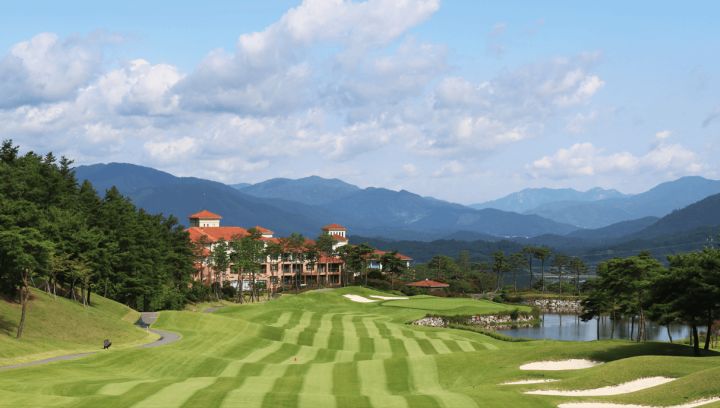 Last week, Scotland’s Martin Laird claimed his first PGA Tour victory in seven years in Las Vegas. This week, the Tour remains in Sin City for the CJ Cup. Since 2017 the venue has been Jeju Island in South Korea but, due to Covid, it has been relocated to Shadow Creek.

Thomas finished T8 in the US Open which was his first event of the 2020-21 Season. The American is the defending champion this week and also won this event in 2017.

Koepka is another former champion of this event, winning in 2018. He hasn’t played since the 2020 Wyndham Championship after an eight-week break due to injuries.

Im actually grew up playing The Club at Nine Bridges on Jeju Island. His best result this season is a T13 at last week’s Shriners Hospitals for Children Open.

Hatton claimed the European Tour’s flagship event last week. The Englishman had his best year on the PGA Tour in 2019-20 claiming his first Tour victory and seventh place in the FedEx Cup.

Rahm finished runner-up to Johnson in the FedEx Cup. The Spaniard has won in each of the last four seasons on Tour, with 2019-20 his first multi-win season.

Wolff has finished runner-up in his last two starts (US Open & Shriners Hospitals for Children Open).

McIlroy finished T8 at the US Open, his only start this season. His last victory on the PGA Tour came at the WGC HSBC Champions in November 2019.

The South Korean has one Top 10 finish this season, coming at the Shriners Hospitals for Children Open.

Morikawa has played two events this season, missing the cut in both. The American had his best year on Tour last year, claiming his first Major (PGA Championship)

In his last two starts on Tour, Schauffele finished T2 at the Tour Championship and fifth at the US Open.

In his rookie season on the PGA Tour in 2019-20, Hovland finished 20th in the FedEx Cup following a win (Puerto Rico Open) and two additional Top 10’s.

Shadow Creek in Las Vegas will host the rearranged event. The 18 hole golf course is owned by MGM Resorts International.

The course is famous for hosting ‘The Match’, an event which saw Tiger Woods and Phil Mickelson battle it out for $10 million.

Shadow Creek is also the most expensive golf course in the USA to play, at $500 per round. The fee does, however, include a limousine that will chauffeur you between your hotel and the course.

The course is measured at over 7,500 yards and has hosted many legends of golf and sport. Stars like Michael Jordan, Wayne Gretzky, Aaron Rodgers, Phil Mickelson, Tiger Woods and Tom Kite have all played the course.

Jon Rahm will be the favourite for the event but, with such a star studded line up, any one could take the trophy home on Sunday.

We hope you enjoyed this article ‘The CJ Cup Preview: Who Are the Favourites?’. Who do you think will win the CJ Cup? Let us know!