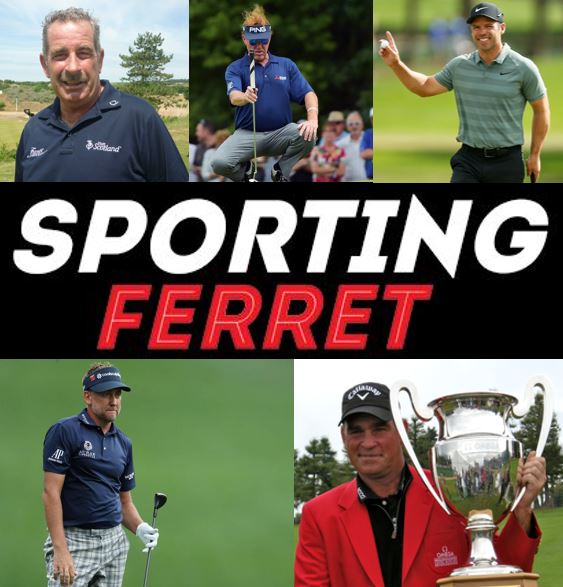 The Best Players to Have Never Won a Major: Part 1

In golf, a player’s career can be judged in a number of ways. How many tournaments have they won? How much prize money have they received? What is their character like?

The main judgement of a golfer’s career however is: How many major championships have they won throughout their life?

The Sporting Ferret have compiled a list of golfers who have had extremely successful careers but have fallen short in their pursuit for that elusive major.

The 49-year-old has had a glittering career spanning nearly 30 years, he is also the most successful golfer from Denmark with a total of 21 professional wins worldwide and was the first player from the country to play in the Ryder Cup.

It was the 2003 Open where Bjørn’s best chance came and went. With only three holes remaining, the Dane had a comfortable two shot lead but, after finding the bunker on the par three 16th, he took three shots to get out. This resulted in him making a double bogey, and losing by a shot to Ben Curtis.

Ninth on the list is Spanish golfer Miguel Ángel Jiménez who has 33 worldwide victories, including 21 on the European Tour, though none of them majors. On the European Tour he also holds a number of records, including the most hole-in-ones by a single player (10) and the oldest ever tournament winner, at 50 years 133 days.

Although Jiménez has recorded two major victories on the PGA Champions Tour (seniors’ tour) at the Regions Tradition and the Senior Open Championship, he hasn’t been victorious on the regular circuit.

Whilst appearing regularly on the men’s tour, the 56-year-old finished in the Top 10 in all four of the majors, with his best result a T2 finish at the US Open in 2000.

The veteran Scotsman was one of the leading players on the European Tour from the middle of the 1970’s to the late 90’s, amassing 21 victories and placing him 10th on the all-time winners list.

The 66-year-old is the record holder for most events played on the European Tour, with over 700 appearances. He is also one of the most successful players in the Ryder Cup, appearing eight times and holing the winning putt in 1985.

Although Torrance is one of the most decorated European players, his major record is rather disappointing. In his whole career he has only finished in the Top 10 twice, both coming at The Open.

The Englishman is next on the list. As one of golf’s biggest characters Poulter has enjoyed many big successes in the game.

The 44-year-old has 12 European Tour wins and three PGA Tour victories, including the 2010 WGC-Accenture Match Play Championship and the 2012 WGC-HSBC Champions; he was also an influential figure in Europe’s Ryder Cup winning comeback that year, winning all four of his matches at Medinah.

Poulter has a very respectable record in majors, finishing inside the top 12 in every one. His best result came in The Open in 2008 with a third place finish. However, with time on his side, the Englishman still has time to claim that maiden major.

The 42-year-old Englishman continues to be one of the most consistent golfers, after 20 years as a professional.

After a glittering amateur career, Casey turned professional in 2000 and, since then, he has racked up 20 wins worldwide and reached number three in the world in May 2009.

With his successes at both amateur and professional level, the Englishman has yet to win that illusive major, despite finishing in the Top 10 in all four of them; his best result a third place finish at The Open in 2010.

Watch out for Part 2 of the list, where we name the Top 5 players who have yet to win a major championship.

We hope you enjoyed the article ‘The Best Players To Have Never Won A Major: Part 1.’ What do you make of the list so far? Who will be in the top 5? Let us know!