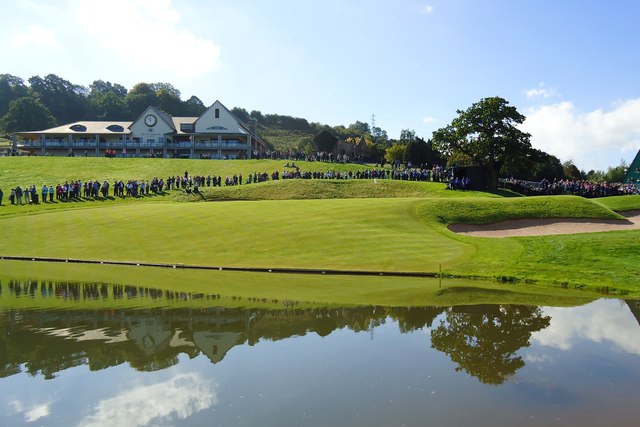 The European Tour has announced that its season will resume in July with a six-week ‘UK Swing’ tournament and will finish the season in Dubai in December.

The British Masters at Close House will be held from 22nd-25th July and will be the first event of the swing.

From there, the tour will move south to Marriott Forest of Arden, and then Marriott Hanbury Manor for the English Open and English Championship.

Celtic Manor will then play host to two consecutive events: the Celtic Classic and the Wales Open, before the swing finishes at The Belfry for the UK Championship.

In previous years the European Tour has also hosted a number of Rolex Series events. These tournaments have the biggest amount of prize money available and draw the biggest names in golf.

The Rolex Series will resume on the 8th October with the Aberdeen Standard Investments Scottish Open being held at the Renaissance Club in North Berwick.

The last two Rolex events of the year will be the Nedbank Golf Challenge in South Africa and the season-ending DP World Tour Championship in Dubai.

The #BritishMasters will be the first of six consecutive tournaments staged in the UK! 🇬🇧⛳️

*The English Championship in Hertfordshire is set to clash with the rescheduled first major of the year, the US PGA Championship, which has been moved to 6-9th August at Harding Park, San Francisco.

The European Tour has also announced the ‘Golf for Good’ initiative, which will be part of the six-week ‘UK Swing’.

This initiative will see £500,000 from the European Tour being distributed equally between local charities of tournament hosts, and charities chosen by the leading 10 players in a mini Order of Merit run across those six tournaments.

Details of subsequent tournaments on the European Tour from September through to November will be announced over the coming weeks, as the tour continues to finalise its schedule.

“Initially, therefore, playing in clusters, in one territory, is the best option in terms of testing, travel and accommodation.”

Pelley also thanked sponsors and organisers for showing “flexibility and understanding of the current global situation” before announcing that the European Tour will preserve players’ exempt status for the 2021 season.

He said: “We do not want to put anyone in a position whereby they feel they have no choice other than to play in certain events in order to protect their livelihood.

“Similarly, the feeling was that it was not fair to disadvantage any member who might want to play in an event but who might not be able to due to ongoing travel restrictions.”

We hope you enjoyed the article ‘European Tour Announces Plans for Return.’ What do you make of the European Tours revised schedule? Let us know!