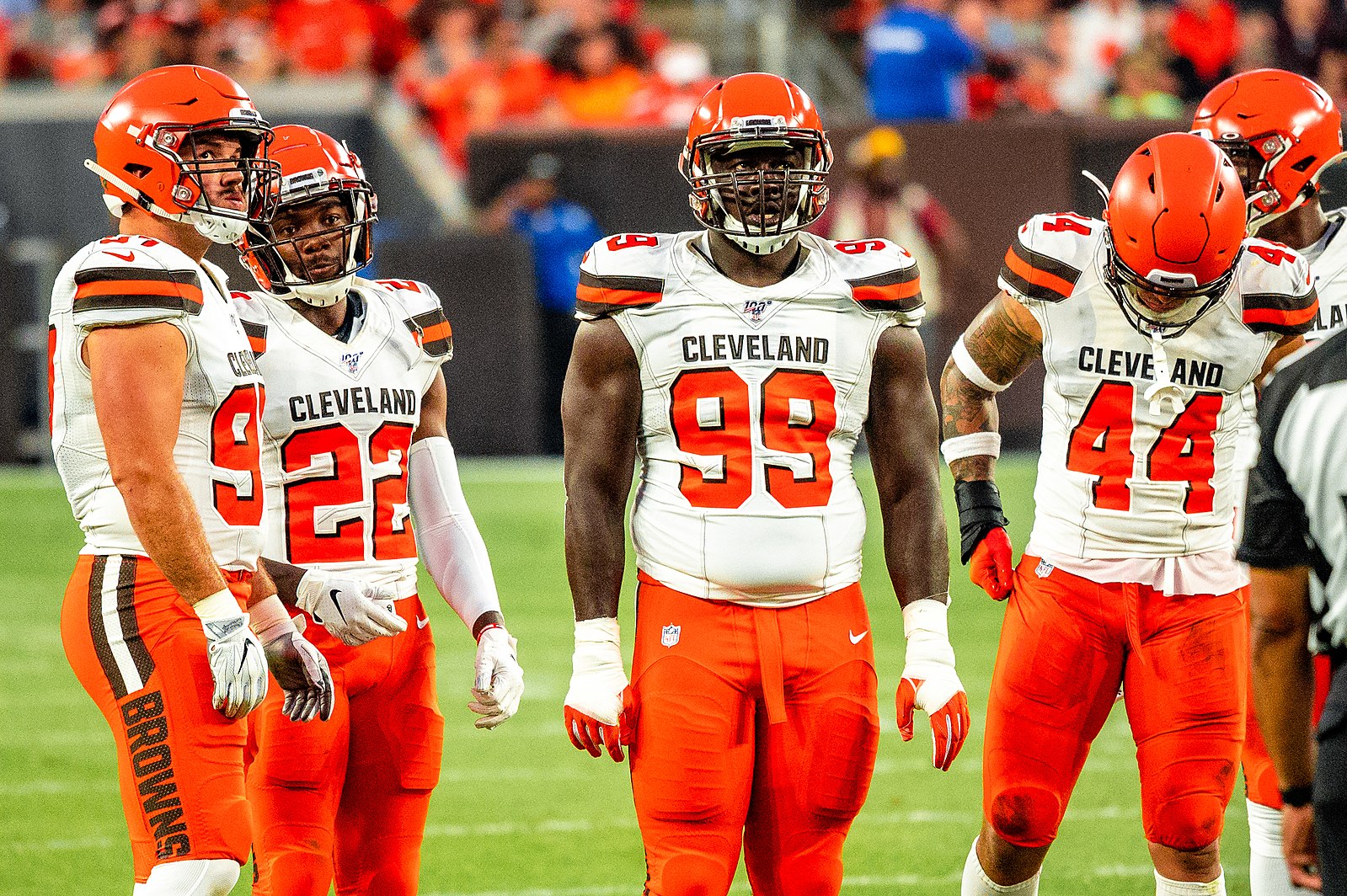 The NFL playoffs are here and for the first time, we had six games on wild-card weekend. The more football the better hopefully the NFL will permanently add the 7th playoff team to give the fans a great viewing experience. This week was full of upsets along with some playoff droughts being broken.

Without further ado, here are the winners and losers of wild-card weekend.

The Los Angeles Rams and Cleveland Browns both entered this weekend as 6-seeds in their respective conferences. Similarly, both teams went on the road and pulled off huge upsets over division rivals. The Rams were carried by their defense that completely shut down Seahawks QB, Russell Wilson, who completed only 11 passes in the game. All-Pro defensive lineman Aaron Donald recorded two sacks in the game but left the game early due to a rib injury which is something to monitor. The Rams head to Green Bay next weekend to take on the number one seeded Packers.

The Browns had the most impressive performance of the weekend. They jumped all over the Steelers from the first play of the game and had a 28-0 lead in the first half. The Browns defense scored a touchdown off of a Steelers fumble, intercepting Steelers QB, Ben Roethlisberger four times. This was the first playoff win for the Browns since 1994. The Browns travel to Kansas City for a matchup with the defending super bowl champion Chiefs in next weekend’s divisional round.

The @Browns have won a playoff game!! pic.twitter.com/YB6WWcxf8b

Mitch Trubisky was selected 2nd overall in the 2017 NFL draft by the Chicago Bears. The pick was scrutinized due to Trubisky’s lack of college production. Looking back at that pick today it was clearly the wrong choice. The Bears and especially Trubisky had a chance to get a signature win on Sunday against the New Orleans Saints.

Trubisky played poorly in this game leading the Bears’ offense to only nine points. Trubisky had a quarterback rating (QBR) of 13.1 in this game. QBR is rated from 0 to 100 with 50 being average so a 13.1 is pretty self-explanatory. The only thing Trubisky won this weekend was the Nickelodeon Valuable Player award, which he won in a fan-vote. It will be interesting to see what happens to Trubisky this off-season now that he is a free agent.

In his first season with the Tampa Bay Buccaneers, Tom Brady led the Bucs to the playoffs and a first-round playoff win over the Washington Football Team. Brady threw for 381 yards and two touchdown passes in this game. This was the first playoff win for the Buccaneers franchise since 2002, and the first time Brady has won a playoff game as a wild-card team. The divorce between Brady and the Patriots was highly publicized this season but now it is safe to say that Brady has the upper hand between the two.

Brady continues to defy time as the 43-year old is the oldest quarterback ever to win a playoff game. We have never seen a QB play this well after the age of 40 but Brady is obviously unlike anyone that the NFL has ever seen.

Tom Brady has beaten 17 different teams in the playoffs.

Many people have said that Lamar Jackson’s lack of passing ability would be a reason he never succeeds at the NFL level. Not only has Jackson already won an NFL MVP award but he captured his first career playoff win on Sunday with a 20-13 win over the Tennessee Titans. Jackson is the most electrifying QB in NFL history, his rushing ability is unlike anyone ever. Jackson completed his 2nd straight 1,000 yard rushing season, which is an NFL record.

Lamar threw for 179 yards but rushed for 136 and a touchdown. His 48-yard touchdown run tied the game at 10 and helped the Ravens score 17 unanswered points to take the lead and eventually win the game. Next week Lamar faces off with Josh Allen and the Buffalo Bills in what will be a fantastic matchup.

The Buffalo Bills won their first playoff game since 1995 on Saturday, defeating the Indianapolis Colts 27-24. Their fan base, also known as Bills Mafia, has waited 25 long years for another playoff win and they finally got it. Bills QB, Josh Allen looks like an emerging star throwing for 324 yards and two touchdowns, likewise Allen led the team in rushing with 54 yards and added a rushing TD.

Also, the governor of New York said the Bills are allowed to have fans attend their home playoff games with approximately 6,700 fans in attendance. The Bills Mafia was in full force this past weekend and they will need to bring that same energy next weekend when the Bills host the Baltimore Ravens.

For the first time since 1995, the @BuffaloBills have won a playoff game! 👏👏👏 #BillsMafia pic.twitter.com/dtkrlFQrgw

The Steelers lost to the Cleveland Browns 48-37 on Sunday Night. There are a few reasons why this was an inexcusable loss for Pittsburgh. First off, the Browns had Covid issues the week leading up to the game. Cleveland was only able to practice once and their head coach, Kevin Stefanski, was not able to coach the game. Advantage Pittsburgh.

Next, they had a vast advantage in playoff experience with a super bowl winning head coach, Mike Tomlin, and QB, Ben Roethlisberger who has two super bowl victories. Facing Baker Mayfield in his first career playoff start. Advantage Pittsburgh.

Lastly, from the top down this game was a total disaster. Tomlin clearly did not have his team ready to play as the first snap of the game resulted in a defensive touchdown for the Browns. Likewise, Roethlisberger was awful throwing for four interceptions in the game. The Steelers will have a lot to consider this off-season with plenty of impending free agents on their roster.

Only eight teams remain on the quest to win Super Bowl 55. The divisional round matchups are as follow:

The matchup to watch is how the league’s best defense, LA Rams, can try and slow down the MVP frontrunner, Aaron Rodgers, and Green Bay’s highest-scoring offense.

Two high powered offenses, with young star QBs. Whichever defense can provide the most resistance should be able to win this high scoring game.

Will the Browns defense who has allowed close to 27 points per game on the season, have an answer to Patrick Mahomes and the Chiefs explosive offense?

Tom Brady vs. Drew Brees, two Hall of Fame quarterbacks squaring off for the third time this season. The Saints dominated the Bucs the first two games, can the Bucs do enough to finally beat New Orleans? Or will the Saints continue their dominance over Tampa Bay?