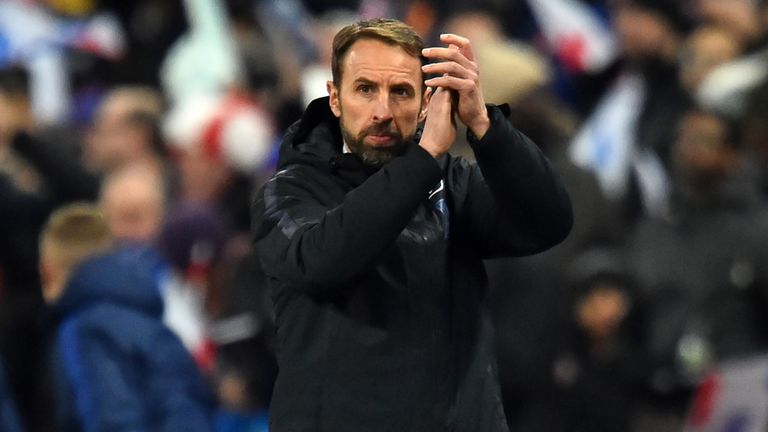 A month after the last international break, England find themselves third in their Nations League group, level on points with Denmark. With two games left in the group stage, these last fixtures are crucial in deciding which team will progress to the semi-finals next October.

With Belgium sitting on top with nine points, England’s Sunday match-up against them will be vital in securing the top spot. Both England and Denmark have seven points, facing the same teams going into the last two matches.

Last month England pulled off a surprise comeback against the world’s top-ranked team Belgium, who finished third in the 2018 world cup. Thanks to a Marcus Rashford penalty and a second from Mason Mount, England won the game 2-1.

However, a disappointing 1-0 loss to Denmark a few days later raised more questions than answers for Gareth Southgate and his men. A 31st minute red card for Harry Maguire left England in trouble for the majority of the game.

Their inability to provide a threat in front of Denmark’s goal frustrated the national team, resulting in a second sending off for Reece James. It was a night to forget in Wembley, as the squad now prepare for the tough challenge that lays ahead.

England have also called up 17-year-old Jude Bellingham for the first time. The Borussia Dortmund midfielder was called up after Trent Alexander-Arnold and James Ward-Prowse withdrew through injury. Apart from Bellingham the squad generally remains the same to last month’s fixtures. This also includes the selection of Manchester City midfielder Phil Foden, who missed out last month.

Here it is… your #ThreeLions squad for our November internationals! ?

A repeat of the 2018 world cup third place playoff, England play Belgium for the fourth time in two years. Last time they met was a month ago, where England pulled of a surprise 2-1 victory to go top of the group.

However after Belgium won 2-1 against Iceland and England lost to Denmark, that lead quickly slipped. This time round Belgium will be more prepared to defend their spot at the top of the table. This match will certainly test England’s resilience against the better teams ahead of the Euros next summer.

They will be boosted by the return of Raheem Sterling going forward, to help Harry Kane and Marcus Rashford in attack. The Three Lions biggest worry is their defensive frailties. They have been exposed numerous times during this Nations League group.

Belgium’s star striker Romelu Lukaku is a main on form, and will definitely be someone England will aim to stop. He’s scored nine goals in eight games for both club an country.

Unfortunately for manager Roberto Martinez, Eden Hazard will potentially miss these fixtures after testing positive for coronavirus last week. Nevertheless, with the help of Kevin De Bruyne providing assists, they will be a strong force to contend with.

Although Belgium are a top side however, England possess the talent needed to overcome their opponents. As seen in the last fixture, it will be a tough match but Gareth Southgate will be confident that they can compete and come away with some points on the board.

After England’s bout against Belgium, they’ll travel home to face Iceland on Wednesday. There is a chance the game could be called off because of travel restrictions imposed by the government due to the coronavirus outbreak. However the FA are looking to push the game ahead with tight medical protocols to ensure England won’t forfeit the match.

A strong likelihood is that the match will be held in a different country. Albania and Germany are among those rumoured to be likely destinations.

Last time they faced each other, late drama sealed a 1-0 win for England. England were left with 10 men after Kyle Walker was sent off in the 70th minute. Iceland’s Sverrir Ingi Ingason was also shown a second yellow to give Sterling the chance to slot home a 91st minute penalty.

Three minutes later Joe Gomez conceded a penalty. Luckily for England it was blasted over the bar by Birkir Bjarnason as they held on to win. Iceland’s defensive shape proved hard for England to break down last game. They will definitely need to show a bit more attacking flair to open up their back four.

Iceland, who sit bottom of the group with zero points, have no chance of progressing to the semi-finals. We can expect they won’t show much attacking threat in this game. But the return of Everton midfielder Gylfi Sigurdsson will definitely boot their creative options.

This makes it a must-win game for England in their last Nations League group fixture. If they were to win here and pick up points from their match in Belgium, they have a good chance of topping the group. Belgium’s Wednesday fixture against Denmark will also be a crucial factor to how the final table will end up.

England's Nations League game against Iceland next Wednesday could be played in Albania.

At the top of group two, in league A, it is very tight. With Belgium at the top, they still have to play both England and Denmark to secure the top spot. The other two however, get the chance to pick up potential points against Iceland.

It is simple for Gareth Southgate, if they win both of their next two games then they will progress to the semi-finals. They will be determined to beat Belgium again, but it will not be easy. With the players they have at their disposal, England can be a very strong side on their day.

If they were to draw against Belgium, they would need to hope that Denmark also draw against them. Their chances of topping the group if they lose, will be considerably low considering how close each team are on points.

As we have seen over the last couple of years, England are good enough to qualify for their second Nations League final in a row. This will be their biggest test in preparation for the Euro’s next summer. If they can win this group, they will show to the rest of Europe that they are a team who can compete amongst the elite.

We hope you enjoyed the article ‘UEFA Nations League: Will England reach the semi-finals?’ Do you think England have what it takes to top their group? Let us know!