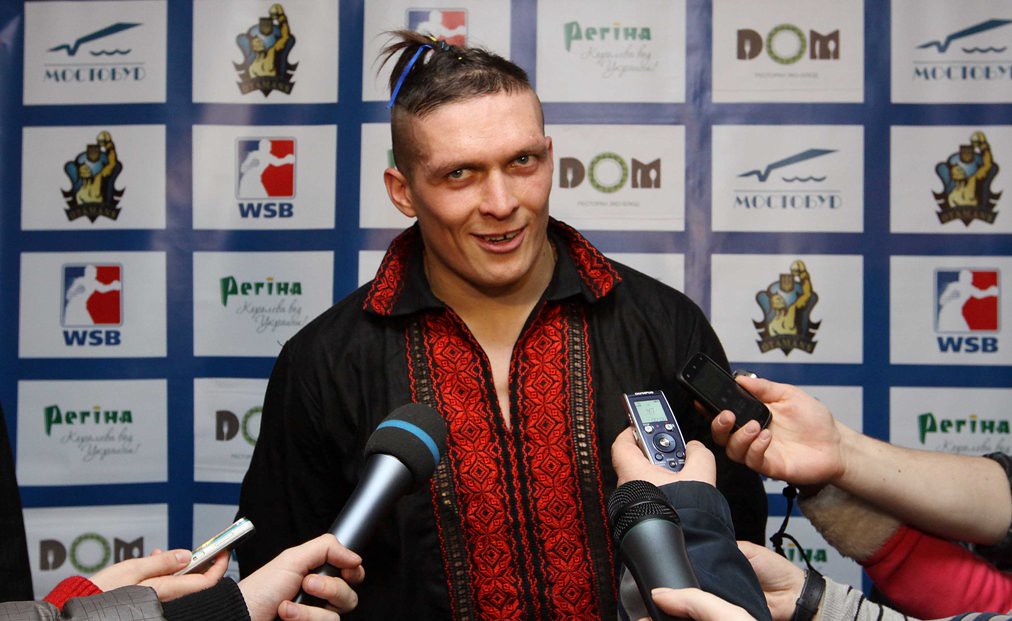 2021 could be a huge year for heavyweight boxing. After years of the best fighters seemingly avoiding each other, it finally seems as if all the belts could be unified next year. And whilst everyone is expecting one of either Fury or Joshua to become the heavyweight King, Oleksandr Usyk has entered the division relatively under the radar. But the Ukrainian may well be the most dangerous of all heavyweights right now.

Usyk undoubtedly enters the division with a very impressive pedigree. Like close friend Vasyl Lomachenko, he had a decorated amateur career. Usyk captured Olympic gold in 2012, and turned pro with a record of 335-15. This includes notable wins over David Price and current Light Heavyweight champ Artur Beterbiev.

His professional record so far is even more impressive. Usyk has captured every belt in the Cruiserweight division in just 15 fights. Even more impressive was the way that he did it; every world title was won on away soil. Usyk beat Hunter, Gassiev and Briedis in their own country. Following that, he knocked out Tony Bellew in front of a raucous Manchester crowd. In just two years, the Ukrainian had beaten pretty much everyone there was to beat in the cruiserweight division. A step up in weight classes was therefore the natural next step.

Usyk made his heavyweight debut almost a year ago, and yet so far we have very little information to go off on how he’ll adapt to the division. His only fight in the weight class was against Chazz Witherspoon, a practically unknown American who stepped in on very short notice. He was never going to test someone of Usyks quality, and retired after round 7. A fight with Derek Chisora was booked for this year, but it has been rescheduled multiple times due to Coronavirus.

👋 Oleksandr Usyk with a message for Dereck Chisora after sparring today…

Is he big enough?

There can be no doubt that Usyk has the ability to succeed in the heavyweight division. The issue for many boxing fans is whether he has the size or power. Even at Cruiserweight, Usyk never carried one-punch knockout power. Instead he relied on his accuracy and movement to slowly dismantle opponents. There are legitimate question marks about whether he could hurt the giants of the heavyweight division. He is also relatively short for a heavyweight, at ‘only’ 6”3. Against rangy fighters like Tyson Fury and Deontay Wilder, this puts him at a significant disadvantage.

Learning from the past

There is however a precedent for Cruiserweight kings finding success a division above. Probably the most famous example is Evander Holyfield, who unified belts in both the cruiserweight and heavyweight division. Holyfield was slightly shorter than Usyk, and had a smaller reach. However, it should be noted he was taking on shorter heavyweights such as Mike Tyson (still no easy task). British fighter David Haye also won a heavyweight world title, and is the same height as Usyk. He beat the 7ft giant Nikolai Valuev to capture the WBA title back in 2009.

Ultimately it is too early to tell whether Usyk can truly be a threat to the likes of Joshua and Fury. His fight against Dereck Chisora is still expected to take place this year according to promoters. Fighting an established name like Chisora should give a far better idea of whether the Ukranian can gate-crash the heavyweight party.

When Haye rocked the giant! 💪

Check out other boxing articles here:

Huge crash at Tuscan Grand Prix – Was Bottas to blame?