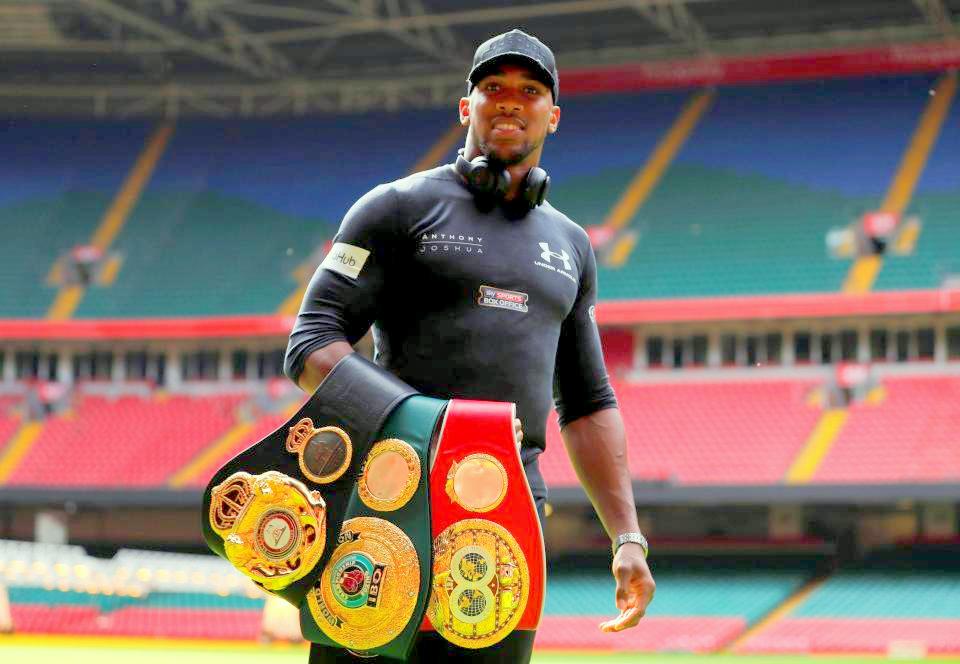 World heavyweight champion Anthony Joshua will fight Kubrat Pulev on the 12th December at the 02 arena, after being announced last week

Joshua was meant to defend his WBA ‘super’, IBF and WBO belts against mandatory IBF challenger Pulev in June. Due to the coronavirus pandemic the fight had to be rescheduled, and will now fight his first UK match in over two years.

The world heavyweight champion hasn’t fought since December 2019 when he beat Andy Ruiz Jr. That night he re-claimed his titles after winning by unanimous votes in Saudi Arabia.

Joshua initially hinted at a December fight when he spoke with Sky Sports after Alexander Povetkin shocked Dillon Whyte by knocking him out in the 5th round. “There’s a potential date in December. I’d fight today but we’ve got to wait till December” he said.

Kubrat Pulev, who has only lost once in his professional career, has been waiting for this fight for over three years. A shoulder injury ruled him out of a world title match up in 2017. The 39-year-old Bulgarian will go into the fight with nothing to lose and should be a good competitor for Joshua.

The venue will most likely host the fight with limited spectators, due to the pandemic. Joshua will need to avoid another shock setback after he lost against Andy Ruiz Jr in their first fight. Especially since negotiations for an undisputed world title fight, with WBC champion Tyson Fury in 2021, are on-going.

Joshua said: “December 12th is the date and once again the heavyweight belts go up in the air and it is my sole focus to make sure that come December 13 they are in their rightful place in the UK.

“The O2 is the original lion’s den, I have a lot of history with the arena, but without the fans something huge is missing. I respect every opponent and I respect Pulev. I wish him well during his preparation.”

The takeover. December 12 you can watch my title defence on @DAZNBoxing in over 200 countries & territories 💥 pic.twitter.com/1BsrHpMVef

This fight is no doubt expected to be a great battle between two strong competitors in the heavyweight division. While Anthony Joshua is the favourite to win, we have seen an underdog pull off a surprise victory numerous times.

31-year-old Joshua is 6ft 6in and boasts an 82in reach, longer than his opponent. He has a 23-1 record, with his only loss coming from his first fight against Andy Ruiz Jr. The British boxer has knocked out 21 of his opponents and he is expected to do the same in December.

Pulev on the other hand, holds a 79in reach and is two inches smaller than Joshua at 6ft 4in. The Bulgarian has also only lost once in his career, against Wladimir Klitschko back in 2014.

Pulev has also never fought a professional fight in the UK, giving Anthony the home advantage in this match up. Joshua has the edge on height and experience against top competitors, which should be enough to overcome Pulev in the world heavyweight title clash.

We should expect a real test for Joshua and it is imperative that he succeeds in this fight. All the pressure is on the Brit and Pulev is the perfect preparation before his clash against Fury next year. Both fighters have not fought since 2019, but Pulev will look to take advantage of the pressure on his opponents shoulders for this fight.

“For the small country of Bulgaria to stand up for the heavyweight titles is a great accomplishment” Pulev said.

He added: “This fight is for my late father and all Bulgarians around the world. I’m coming to London to seize the heavyweight championship of the world.”

It will be an exciting way to end an historic year and the perfect warm-up to the monumental bout between Anthony Joshua and Tyson Fury in 2021. Joshua is expected to provide a dominant performance on December 12th and to end 2020 with a spectacular knockout blow to Kubrat Pulev.

With all the eyes on Joshua to win, Pulev will be determined to pull of a shock result and take home his opponents belts. Spectators should not expect Pulev to go down without a fight. It’ll be interesting to see how Joshua deals with another tough mandatory fight.

Although the 02 arena will not be its usual packed out self, there is a slight chance that a number of fans will be able to attend. This will certainly be a boost for Joshua, fighting on home soil, as he looks to win his eighth fight at the 02.

It is clear to see that Joshua has been training hard to be ready for this contest. But with Pulev’s proven pedigree, fans should be in for a blockbuster finish to the year.

Promoter Eddie Hearn said that: “After a challenging year for everyone, to end with the unified world heavyweight championship is very special.

“Over a year after regaining his crown, Anthony Joshua takes on yet another dangerous opponent in mandatory challenger Kubrat Pulev. AJ’s resume is unrivalled, and this is the final hurdle until we challenge for the undisputed crown next year”.

The highly competitive heavyweight division has been heating up for the last few years now. The boxing world is definitely growing in entertainment after each fight. Fans should expect Anthony Joshua to close this one out in December, to set up an undisputed world title fight next year.

We hope you enjoyed the article ‘Anthony Joshua V Kubrat Pulev announced’. Who do you think will win the world heavyweight title fight in December? Let us know!

Five wonderkids to watch out for this season across Europe