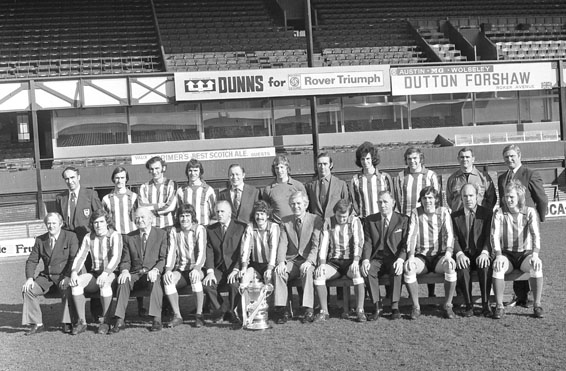 The world’s oldest Cup competition resumed this weekend. To celebrate the return of the much beloved FA Cup here are the two most unexpected Cup final shocks since the 1970s.

In 1973 second division Sunderland triumphed against current holders Leeds at Wembley. Before the game Don Revie’s Leeds were red hot favourites but Sunderland went onto stage one of the biggest FA Cup shocks of all time.

Bob Stokoe’s Sunderland had already produced major upsets on their way to the final, knocking out Manchester City in the fifth round and Arsenal in the Semi – Final.

At this time Leeds were one of the most powerful teams in England and went into the game with confidence after finishing third in the first division.

Ian Porterfield struck the ball with his right foot into the net past David Harvey in the 32nd minute, sealing Sunderland’s victory, with Porterfield also being awarded the golden boot.

A crucial moment came in the 66th minute when Sunderland goalkeeper Jimmy Montgomery produced a miracle save to preserve their lead from Peter Lorimer. Sunderland however refused to be intimidated by their opponent and held on to their 1-0 advantage.

In an iconic moment after the full time whistle Sunderland manager Stokoe ran onto the pitch in his raincoat and trademark trilby hat to embrace Montgomery in celebration of their FA Cup win.

In the unlikely outcome Sunderland were the first second division club to win the FA Cup since 1931. This was Sunderland’s last major trophy. Leeds went onto win the first division the following year.

In 1988 Wimbledon, who were a non-league team just 11 years’ prior, went on to stun Liverpool in the FA Cup final. Kenny Dalglish’s Liverpool were the newly crowned first division champions while Wimbledon finished in seventh, 33 points behind the reds.

In the early stages of the match Wimbledon’s Vinnie Jones set the tone with a brutal tackle on Steve McMahon which in the modern era could easily have been a straight red card. A defining moment was Lawrie Sanchez’s header in the 37th minute producing one of the biggest FA cup final shocks and denying Liverpool the double.

Peter Beardsley’s goal for Liverpool was disallowed after a foul on Wimbledon defender Andy Thorn. Goalkeeper Dave Beasant saved the first ever penalty in a FA Cup final from Liverpool’s John Aldridge.

After the final whistle the BBC commentator John Motson exclaimed: “The Crazy Gang have beaten the Culture Club.” This was Wimbledon’s first and only major trophy. Looking back on their surprise win manager at the time Bobby Gould said: “We were the Cinderella’s of the FA cup.”

George Skivington at Centre of Dispute

They Can Be Heroes