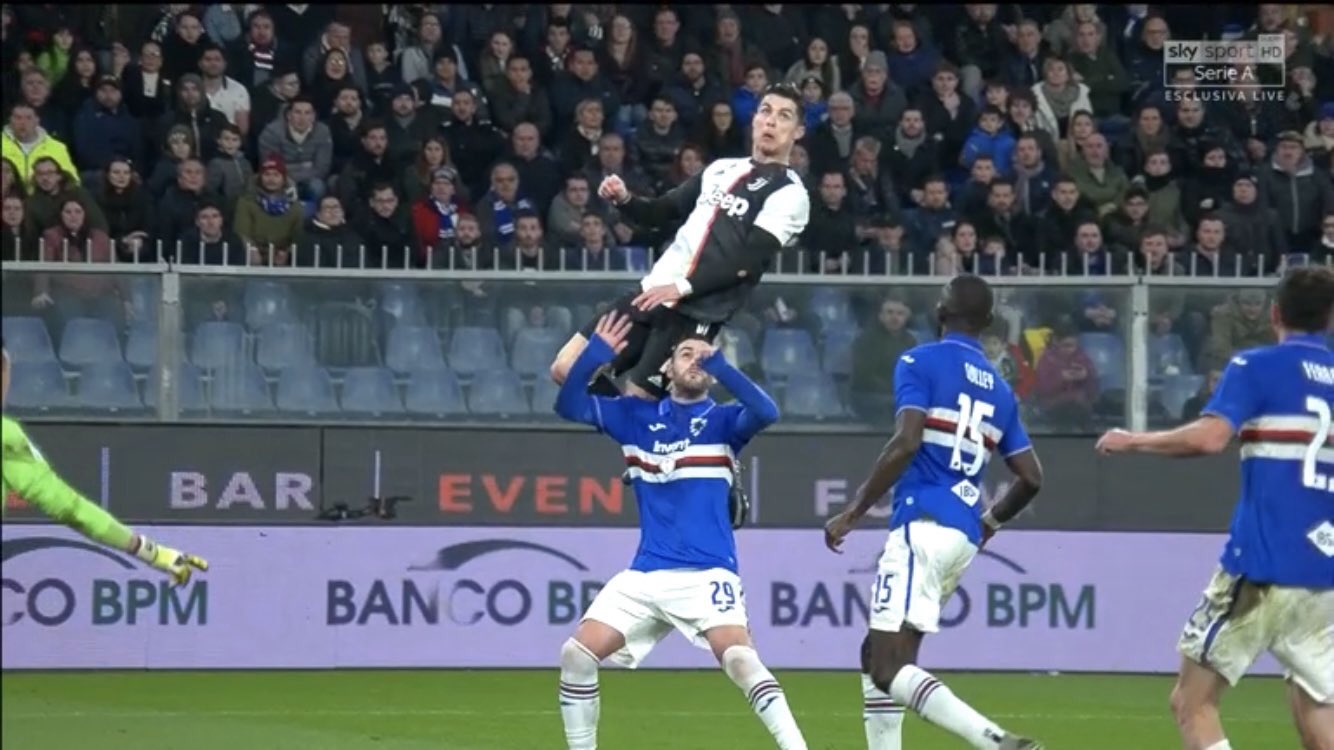 Wednesday’s game between Samdoria and Juventus saw Ronaldo produce another astonishing goal which come Thursday, every one was talking about.

The Juventus forward produced an outstanding 71cm leap latching onto Alex Sandro’s cross and converting the goal with his head. Ronaldo met the ball at the back post reaching 8.39ft (2.56m,) jumping higher than the height of the crossbar (8ft.)