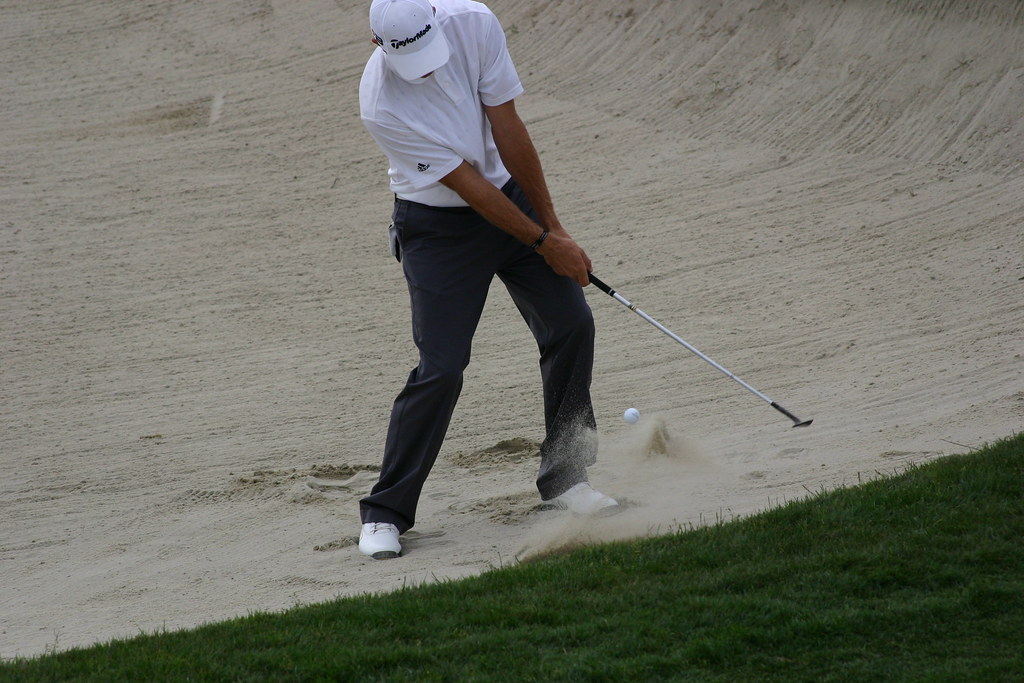 The win for Johnson was his first in 16 months and also continued his streak of winning at least one PGA Tour event per season (13 consecutive seasons).

Johnson started the day two shots back from Brendon Todd, who had carded his lowest round of his PGA Tour career, with a 61 on Saturday. Todd, a two-time winner already this season, would endure a rather bland start, making 11 pars before a triple-bogey seven on the 12th hole.

Being positioned perfectly in the middle of the fairway, his approach shot came up short and right, resulting in his ball being buried deep in the bank of a bunker. Todd then shanked his pitch and came up short with an ambitious flop-shot. His follow up putt also lacked the pace to reach the putting surface.

Johnson on the other hand would birdie two of his first five holes to move two ahead of the field and, despite a bogey at the seventh, would birdie his next three holes in a row to pull even further clear.

It seemed that the 36-year-old would be cruising to victory, but a pulled drive out of bounds at the 13th would cost him a shot.

Johnson regrouped at the next with a birdie, and then had a huge slice of luck on the driveable par-four 15th, when another pulled tee shot was heading for the water hazard only for his ball to pitch, dig in and cling onto the grassy bank beside the lake. He would make his par just before the klaxon sounded with the threat of lightning in the area.

Win number 21 on the @PGATOUR. Pumped to be back in the winner’s circle at the @TravelersChamp! pic.twitter.com/FdPSp3NpVe

After the hour delay, Johnson returned to the par three 16th and subsequently hit his seven iron into the bunker. After playing a poor recovery, he would make bogey.

Achieving par on 17, he would need another par on the last to claim his first victory since the WGC-Mexico Championship in February last year.

With the pressure on, Johnson smashed his final drive over 350 yards down the fairway, flicked a wedge to the heart of the green and two-putted for the winning par and a one-shot victory over Streelman, with Will Gordon (64) and Mackenzie Hughes (67) sharing third on 17 under.

With victory, the American has now collected 21 PGA Tour titles, and at least one every year since 2008, making him only the third player in Tour history to win a title in each of his first 13 seasons, joining Jack Nicklaus (17) and Tiger Woods (14).

“I’m definitely proud of myself for continuing the streak – it was a long time between wins though. Hopefully it won’t be that long for the next one,” said Johnson.

American Streelman won this event in 2014 and produced his second runner up position of the season as a bogey-free round of 67 set the clubhouse lead on 18 under, until Johnson made par on the last to win on 19 under.

Another notable performance came from 23-year-old Will Gordon, who made the most of his sponsor’s exemption, finishing in T3. The finish has now earned him special temporary membership on the PGA Tour, which means the American can accept unlimited sponsor invites through the rest of the season as he looks to earn a PGA Tour card for the 2020-21 season.

American Bryson DeChambeau was unable to challenge the top of the leaderboard over the final 18 holes as he signed off with a 68. The T6 finish did, however, carry on his run of Top 10 finishes.

World Number One Rory McIlroy would again be frustrated by further “stupid mistakes” as a mixed round of an eagle, five birdies, two bogies and a double bogey on his penultimate hole left him in a tie for 11th place.

We hope you enjoyed the article ‘Dustin Johnson Claims First Win in Over a Year.’ What did you make of Johnson’s performance over the weekend? Let us know!