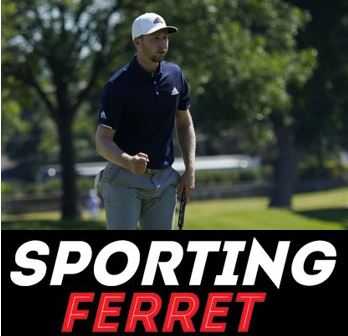 On a thrilling final day, it was Daniel Berger who ended a three-year winless drought with victory at the Charles Schwab Challenge.

After 91 days without competitive golf, the American defeated fellow countryman Collin Morikawa on the first play off hole to claim his third PGA Tour title.

At the start of the day there were no fewer than 10 players within two-shots of the lead. But it was Berger and Morikawa who would finish tied for the lead at -15 at the end of regulation play.

In the playoff, Morikawa’s par putt from four feet lipped out with Berger already in for a par-four. It would prove the second bad miss in a row for the 23-year-old who, on the 18th, had a similar length putt for victory in regulation after a great approach shot. However, the five-foot birdie putt was pulled left of the target, leaving him a tap-in for his third consecutive round of 67.

Overnight-leader Schauffele would have been the most gutted out of the chasing pack however, as he looked in control of his game and his temperament throughout the day. Being two under for the day through 14 holes, he made an awful mistake at 15, pulling his approach shot left and finding the water hazard. The American did hole his 30-foot putt to limit the damage to a bogey, and actually jumped back into a share of the lead with a putt of similar range on the next green. But, with two holes remaining he would suffer a horrible 360-degree lip-out from three feet, with his long-range birdie attempt at the last coming up short.

American Bryson DeChambeau was another player who would have felt frustrated after his round. The 26-year-old found himself as the outright leader when he holed his birdie putt from the fringe at the 15th. However, on the 17th he would get a flyer from the rough and failed to find the putting surface with a delicate flop-shot recovery, eventually two-putting from 20 feet to drop his only shot of the day. That dropped shot would prove costly as it denied him a place in the play-off as he signed for a 66 to finish in a share of third place.

Notable performances came from Englishman Justin Rose and American Jason Kokrak. Rose, who has switched back to original club sponsors Taylormade, birdied 12, 13 and 17 and on the last thought he had made another to tie the lead, only for his ball to burn the edge of the hole and stay out. Kokrak’s round consisted of eight birdies and two bogies as he shot a superb final-round 64, that could have been one better as he too lipped out for birdie at the last hole.

In the play off it was Berger who gained the advantage when he found the fairway with a solid iron off the tee after Morikawa had put his tee shot into the trees. From there he managed to place his second just short and left of the green; Berger on the other hand over-hit his approach and found the rear rough, although he had a fairly routine up-and-down to save par. From just short of the green, Morikawa played a delightful pitch which rolled out to around four feet short of the hole, only for him to miss the par putt which handed Berger the title.

Winless since 2017, Berger said: “I think when I won my first couple, I took it a little bit for granted thinking that every year it was just going to be easy and you’d have that chance to win…But it’s tough out here. It’s cut-throat, and the best players in the world every week are showing up. I worked my butt off the last year to be in this position, and I’m just glad it all paid off.”

Challenges from major champions Jordan Spieth, Justin Thomas and Gary Woodland faded down the stretch, while Rory McIlroy endured his worst round of the year. A bogey at the first, fourth and fifth started his poor front nine, which also saw a double-bogey on the seventh, he also missed from four feet at the ninth to slip to six over for the round. McIlroy did birdie two of the last three holes to card a 74 – six under for the tournament, finishing outside the top 30.