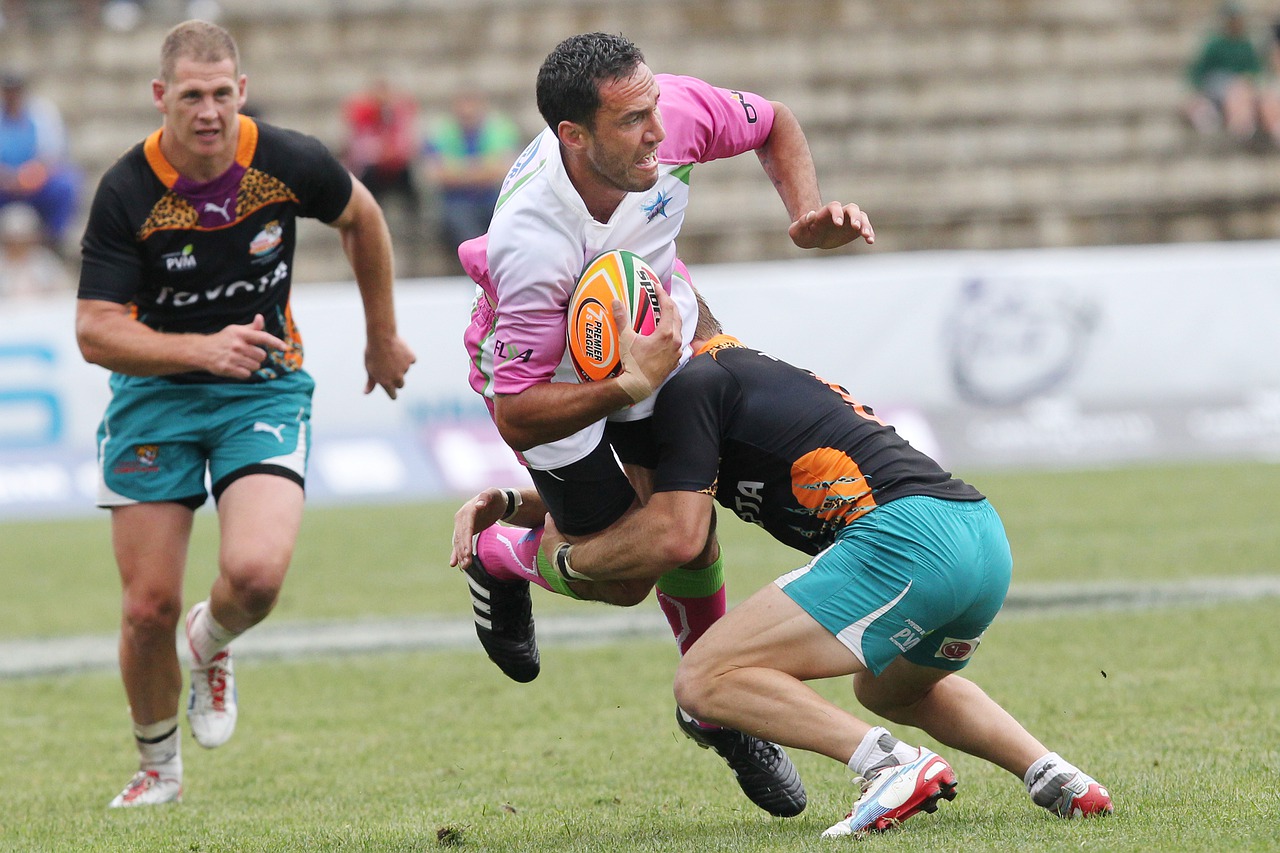 Rather than accepting the role governing bodies have played in rugby dementia crisis, World Rugby has opted for a ‘blame the players’ policy.

Just over a year ago, retired England international and 2003 World Cup winner Steve Thompson made the shocking announcement that despite playing a crucial part in what remains England Rugby’s greatest ever triumph, he has no memory of being on the field. Reflecting on watching footage of the games during the Covid lockdown, Thompson said: “I can see that I’m there, but I can’t remember any of it. I can’t remember being there whatsoever or being in Australia”.

At only 42 years of age, Thompson had been tragically diagnosed with early-onset dementia and probable CTE (chronic traumatic encephalopathy), a progressive brain condition thought to be caused by repeated blows to the head. Even more tragically, Thompson is not alone. Fellow ex-professionals Alix Popham, Michael Lipman and Carl Hayman, to name just a few, have also received the same devastating diagnosis. Each of these men are barely into their 40s.

Consequently, Thompson, Popham and Lipman made the decision to join 5 other former professionals in bringing legal proceedings against World Rugby, the game’s governing body, over what they claim is their failure to protect them from the risks caused by concussions. A year on from their decision, 150 former union players and 75 league players have joined them in bringing legal actions.

These diagnoses of ex-pro’s such as Thompson came as a disturbing wake-up call to the rugby community. It exposed the stark reality that rugby has and continues to fall short in its management of brain injury.

And yet, despite the revelations uncovered in these testimonies, World Rugby’s most recent attempt to grapple with the dementia crisis has seemingly failed to identify head injury as the central concern. World Rugby’s ‘Brain Health Initiative’ – launched last month – has instead highlighted ‘brain injury’ as simply one among ’12 known risk factors’ including depression, excessive alcohol consumption and unhealthy eating that can explain professional rugby’s player’s deteriorating brain health in retirement.

Through this initiative, it is clear that World Rugby has once again deflected this issue. Despite the acute danger of head injury being known to the sports leading officials since at least 1975, World Rugby’s latest approach continues a trend whereby responsibility has been redirected and player welfare has ultimately been neglected.

What is the ‘Brain Health Initiative’?

The new ‘Brain Health Initiative’ is “a global education campaign to increase understanding of the importance of brain health within the rugby family”. It was collaboratively launched by World Rugby, national unions and International Rugby Players at the World Rugby Medical Commission Conference in November this year.

At the heart of the campaign is an educational video (see above) that has been posted by World Rugby. This video features leading independent experts Professor Craig Ritchie (Professor of the Psychiatry of Ageing at the University of Edinburgh & Director, Brain Health Scotland) and Professor Willie Stewart (Consultant Neuropathologist at the Queen Elizabeth University Hospital, Glasgow).

Together, they outline ’12 modifiable risk factors’ that can affect our brain health and influence our risk of getting dementia. World Rugby says this video is important in demonstrating how rugby can play a positive role in reducing many of these factors.

Perhaps most positively, World Rugby also announced that the initiative involves support for the establishment of “free brain health clinics where former players will be able to access expert consultation, advice and clinical assessment”.

Oddly, in the weird world we are in Craig and I were in BTMurrayfield, while James and Chris were working from home!
https://t.co/3JOBgzGNbf pic.twitter.com/xuB7YZgwk9

At face value, the announcement of an educational campaign backed by eminent scientists, and the pledge to establish free-to-access brain clinics is an undeniably positive and proactive step forward for the game’s approach to dementia prevention. However, World Rugby’s initiative has been met with considerable criticism since its announcement on account of its blatant failure to acknowledge the significance of head injury as a cause of dementia in the context of professional rugby.

Upon reading the terms of the initiative and watching the associated video, what is glaringly lacking is a forthright acknowledgement by World Rugby that professional rugby players suffer from a disproportionately high risk of head injury and concussion. It takes little intuition to recognise that head injury is a distinct and particular danger that rugby professionals face day-to-day, yet this point is inexplicably absent from their campaign on the causes of dementia in rugby.

Instead, the initiative places ‘brain injury’ on an equal footing alongside factors such as ‘weight control/obesity’, ‘lack of physical activity’, ‘smoking’ and ‘alcohol consumption’, patronisingly suggesting that such factors are all equally to significant when it comes to professional players’ brain health.

If someone "says he has no symptoms, it needs to be taken out of the player's hands & put down to a professional."@JennyKleeman | @ChloeTilley | @AlixPopham pic.twitter.com/4fCAVtGryN

This equality-of-factors simply does not ally with ex-players’ lived experiences. Thompson has outlined his experience of player welfare in regard to head injuries in the early days of professional rugby:

“[We were] bits of meat … When you look back, if someone got a dead leg or a hamstring, it’s like they can’t train. But if you got a bang on the head, it was like, ‘don’t worry, you’ll be alright, you’ll get over it. Just get back in there’.

“That was happening a lot of the time. If someone got a stinger to their shoulder, they’d say, ‘we’ve got to make sure we manage that’. They went from having rehab, which is after you’re injured, to prehab, to stop you getting injured and pulling muscles.

“There was nothing for the head. When you look at it, they had evidence, they had everything there, but nothing was being done.”

The failure of World Rugby to acknowledge this reality is thus shown to be a serious insult to those players diagnosed so early in their lives. The lack of emphasis on repetitive head trauma as the significant factor amounts to a palpable denial of responsibility, instead suggesting that the personal lifestyle choices of players are equally to blame.

This implication simply makes no sense, and rather seems to be a desperate attempt to relinquish responsibility. As Michael Aylwin astutely argues in his Guardian article, if unhealthy lifestyles were even vaguely as significant as repeated brain injury to dementia, rugby would already have been overwhelmed by cases from the amateur era when lifestyle choices were far less salubrious than players from the professional era.

World Rugby and the governing bodies have continuously claimed that they are doing all they can to carry out their duty of care in the management of head injury, this initiative and the accompanying video being a part of that. However, the central message of said video is that dementia is largely a product of factors out of their hands and in the control of the players.

By presenting ’12 modifiable risk factors’ of which only one is directly related to rugby – head injury – World Rugby seem to putting the majority of the onus on the players rather than accepting that head injury management has been insufficient and therefore their culpability in the crisis. Ultimately, this initiative comes across as a cowardly deflection.

Hiding behind lack of consensus in rugby dementia science

Professor Willie Stewart, a consultant neuropathologist helping to lead World Rugby’s new initiative, has said that a direct link of causation between impacts and brain injury was “really difficult” to prove.

Unfortunately, it seems this fact is something World Rugby’s approach has capitalised upon.

With no absolute scientific consensus on dementia causation in the most eminent scientific studies and with CTE a condition that can only be fully diagnosed post-mortem, World Rugby policy has been to support further research rather than take action. But in the face of the cold hard facts we already know, this seems ludicrous.

The recent BRAIN study – published in Alzheimer’s & Dementia: The Journal of the Alzheimer’s Association and supported by the RFU – found that among players aged 75 and over, those who suffered three or more rugby-related concussions were found to have significantly worse cognitive function. And yet, the RFU subsequently stated that this study is simply a sign that “more research needs to be done”.

The data is stacking up and World Rugby must stop hiding behind what we don’t know and act on what we do. In only 5% of cases of dementia are symptoms developed before the age of 65, yet retired rugby professionals suffering from symptoms in their early 40’s now stretch into their hundreds.

‘It’s not the cards you are dealt but how you play them.’ Please take a moment to listen to my story. It’s heartbreaking but I’m determined to do something positive. Please download & share the song: https://t.co/sDYWh23lYH
It’s all for an amazing cause @alzheimerssoc #spotlight pic.twitter.com/SjyqWsf1l4

Surely, with all the evidence the rugby authorities are already aware of, the only sensible approach is an over-cautious one. Of course more research has to be done, and of course the science presented in this initiative is valid, but to not come down hard and act immediately when there is even a possibility of rugby’s practices causing early-onset dementia without doubt amounts to a dangerous neglect of player welfare.

Rather than introducing ‘guidelines’ for reduction of contact in training, World Rugby ought to be making these mandatory – the NFL did this 11 years ago, yet rugby is still lagging behind. Instead of reducing the three-week mandatory break following a concussion to just six days, World Rugby should be further enforcing this rest period, taking the decision out of players hands. Rather than charities such as Head for Change, independent bodies such as the Drake Foundation and various research teams leading the calls for the protection of players, World Rugby should be the leading voice. But their actions show that this is not their attitude.

Well done is better than well said. This must be the attitude of World Rugby if they are serious in their commitment to player welfare and to the lives of those who serve the game they govern.

We hope you enjoyed the article ‘World Rugby must stop deflecting and take ownership of dementia crisis’. Do you think rugby’s governing bodies are failing in their duty of care? Let us know!

Read more on rugby below:

Could the Wellington Phoenix be the Team for You?

James is a recently graduated Politics student from The University of Exeter pursuing a career in sports media. A keen football, hockey, golf and rugby fan, James aspires to write and make sense of the important debates, issues and crises that face the modern world of sport.