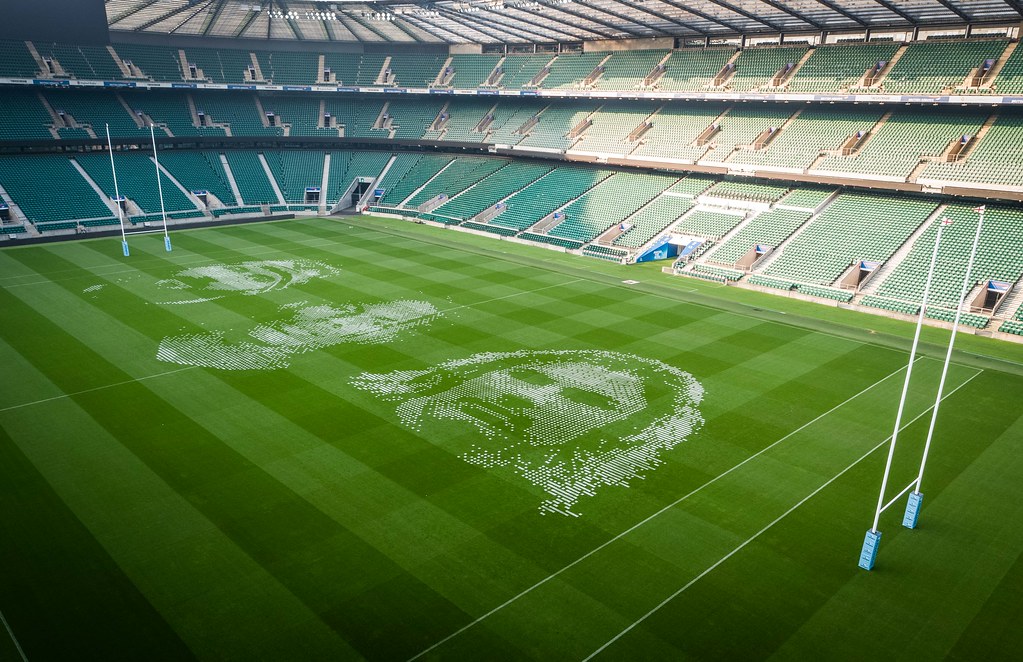 Taking a Look at the Extraordinary Career of Faf de Klerk

Fourie du Preez, Joost van der Westhuizen and Ricky Januarie all top players to wear the Springbok number nine jersey. The scrum-half position is one of the most revered in all of Springbok rugby. Faf De Klerk is the latest playmaking prince to don the bottle green Springbok shirt. De Klerk is a diminutive, gifted orchestrator. As the British & Irish Lions head to the Rainbow Nation for their three-test series, De Klerk will be one of the lynchpin players that Warren Gatland discusses in his pre-match meetings. With the ‘Boks determined to add a Lions series win alongside the Webb Ellis Trophy, Faf De Klerk must play at his best. It’s worth charting this small rugby giant’s rise to the top of the international game.

Born in Nelspruit, De Klerk grew up in the Mpumalanga province before moving to Gauteng for his high school education. The school played De Klerk at fly-half; playing the position helped De Klerk hone his kicking and leadership skills. High school provided De Klerk with his actual taste of organised rugby at a high level. Coaches often held De Klerk’s size against him; some felt he would never grow into a body of a test match player.

De Klerk’s youth career kicked off at the Blue Bulls. He joined them in 2009 and spent two years within the system before moving to the Golden Lions. De Klerk spent a solitary season in Johannesburg before the lure of first-team rugby took the tenacious De Klerk home.

"I was thinking, 'Ooh, quite tasty chat before anything has even happened, isn't it?'" https://t.co/7NkhwaAkqw

Faf De Klerk signed for the Pumas in 2012. The side played in De Klerk’s home town of Nelspruit. In the four years that De Klerk spent with his home team, he made 56 appearances and scored 20 points. In his initial foray into senior rugby, De Klerk displayed a busy, enthusiastic demeanour to his play. After impressing for the Pumas at various levels, the Golden Lions handed De Klerk a Super Rugby debut in 2014.

Another prestigious honour would fall to De Klerk as the Golden Lions selected him for their Currie Cup squad. The Currie Cup is the oldest domestic competition in South Africa. Every aspiring rugby player wishes to participate in the tournament. Over three years of rugby in Johannesburg, De Klerk made 68 appearances, and he scored 72 points.

With the impressive performances allied with Fourie Du Preez’s retirement and a new head coach in Alastair Coetzee, De Klerk finally got handed the elusive Springbok cap. The summer internationals against Ireland let De Klerk experience his first taste of test match rugby in a tough three-match series. De Klerk played his part in a series win against the Irish. It was an initial building point for the new head coach and De Klerk.

Unfortunately, that series win over Ireland would be the high point in a tumultuous year for South Africa. They lost eight matches in total; the nadir came at the end of the year as they lost to Wales at the Millennium Stadium. De Klerk spent ten minutes in the sin bin due to a silly error. De Klerk’s standing with the Springboks fans had soured. Coetzee would survive the 2016 season to stay on as head coach.

With his international status unclear and the dwindling financial rewards of domestic South African rugby, De Klerk turned his back on South Africa as he moved to the UK to play for the Sale Sharks.

International Exile and a Rebirth in Lancashire

With his international career on the backburner, Faf De Klerk came alive as the pivotal playmaker for Steve Diamond’s team. In an interview with The Guardian, De Klerk spoke of how he thrived by taking more responsibility for the team; “responsibility came my way in terms of how we wanted to play, whether kicking or running. I kicked goals and took restarts, and it all helped to get me to where I am now.”

During Sale’s run to the Gallagher Premiership semi-final, head coach Alex Sanderson singled out De Klerk’s impact on the team; “He’s world-class as it is right now, but he’s still progressing in the game. We can still get a quicker ball to him, though,” With De Klerk’s career sparking into life as a Sale Shark, seismic changes thousands of miles away in his homeland would lead to a heroic return in Springbok green.

Rassie Erasmus, Siya Kolisi and the Improbable March to Glory

After Allister Coetzee got sacked, ex-Munster man Rassie Erasmus came home to revitalise a flatlining Springboks side. Erasmus threw out the 30-cap rule, and that heralded the return of Faf De Klerk. With a new head coach and inspirational new captain Siya Kolisi at the helm, South African rugby laid the building blocks for a tilt at the 2019 Rugby World Cup. The Springboks bested England in a three-game series in the summer of 2018. It was the first step on the road to recovery.

The 2019 Rugby Championship served as a warmup for the World Cup. The Springboks triumphed in the condensed format of that competition. It sent them to Japan with plenty of confidence, although some outsiders still had their doubts.

An opening game defeat to the All Blacks confirmed those doubts; nevertheless, the ‘Boks sauntered through the group stage to set up a quarter-final clash with Japan. Faf De Klerk turned up with a brilliant performance. He scuttled, sniped, and box kicked his way to a sublime showing. The scrum-half marshalled his forward pack with poise while he managed his backs with panache. The win over Japan set South Africa up for a semi-final clash with Wales.

After that win, South Africa channelled everything into a perfect win in the final as they dismantled England. De Klerk perfectly ran the game in conjunction with Handre Pollard. Three years after South African rugby hit its lowest point; De Klerk helped take the Springboks to the top of the world. The player from a small town far away from South Africa’s rugby heartbeat was now a world champion.

Lions tour’s come around every 12 years. The last time the Springboks and the Lions locked horns, the series victory was the final piece in South Africa’s quest for world domination. John Smit’s team annexed the Tri-Nations, World Cup and the Lions to leave an indelible mark as the greatest Springbok side in modern history.

Faf De Klerk must play at his best if the Springboks are to join the 2009 vintage. De Klerk’s ability to manage field territory through his kicking will play a vital role in the three test matches. De Klerk always looks to place his team into territorial strongholds where his forwards can then physically smash the opponent.

South African rugby historically view their scrum-halves as the dictator, the general that will control the game. South Africa will rely on their power game to beat the Lions; to do that, De Klerk must manage the game with his hands, feet and head. Pair his rugby IQ and game management skills with the skill to snipe around the breakdown or break lines with his quick thinking will keep the Lions on their toes.

South Africa can’t win this series without Faf De Klerk at his best level. The scrum-half holds all the accolades, plus all the plaudits from the pundits in every rugby-playing country. Now, there is one more target in front of De Klerk and becoming a South African legend. After another epic season playing for Sale Sharks, De Klerk will bounce into the South African camp with all the confidence. Furthermore, De Klerk feels the World Cup connection will help the ‘Boks during the series; “And there is a majority of that group still in the squad for the Lions series. The relationship we had throughout that World Cup, and even before that, is going to help us a lot.”

History stands in front of Faf De Klerk. The little man from Nelspruit has defied the doubters before; now, if he defies the Lions this Summer, he could write himself into Springbok legend. That is a massive driving force. If the British and Irish Lions are to beat South Africa, they must not ignore the little man with the long hair for all of the giants in the Springboks side.

Sportswriter, sports fanatic and lover of stories. If it involves a ball or an engine, I'll be on it. Follow me on Twitter @TayyibAbu1