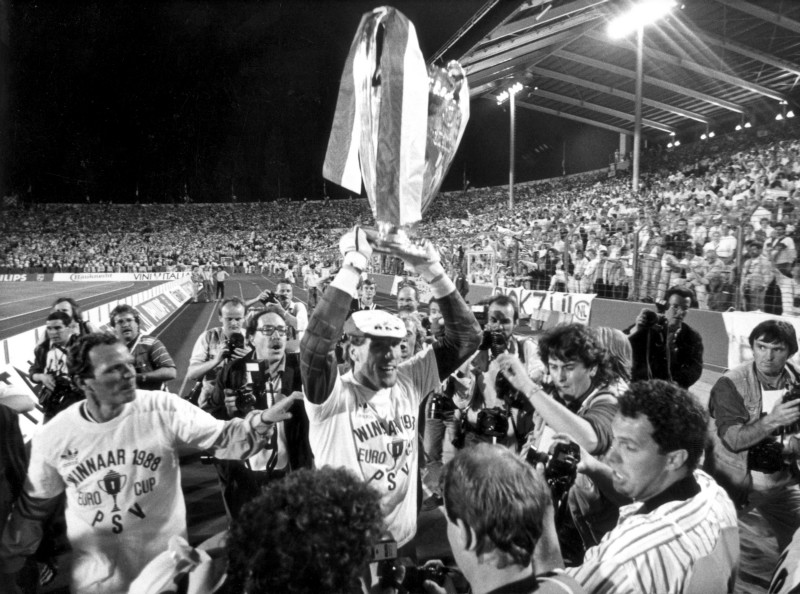 Could Manchester City be Domestic League and European Cup double winners? As the relegation battle hots up, the title race does the opposite. With Manchester City 14 points ahead of Manchester United (albeit having played a game more), it appears that Pep Guardiola’s men have at least one hand on the Premier League title. Having a League Cup final, FA Cup Semi-Final and Champions League Quarter-Final to look forward to as well. Hopes to become the first English team to complete a Quadruple appear high but the former Bayern Munich and Barcelona boss has tried in vein to quell the expectation recently and with good reason too.

Despite the impressive trophy haul at the Etihad, including a domestic treble in 2019, Domestic and European glory has proved historically difficult to achieve on it’s own. If Manchester City were to win their first Champions League this season, alongside a Premier League title, they would become just the 16th different club in history to so. Only the 7th to do so this century.

Who would they join?

So, which clubs would they join in the history books? On the list you’ll of course find the usual suspects. Spanish giants Barcelona (5 times) and Real Madrid (3 times) have completed the feat fairly recently in 2015 and 2017 respectively. Bayern Munich and Ajax have both combined Domestic and European Cup success on three occasions. In terms of English clubs, Liverpool achieved the feat in 1977 and 1984. While Manchester United are equal to their rivals after victories in 1999 and 2008. Both Milan clubs are also on the list with Inter Milan (2 times) edging out AC Milan (1 time) after their treble feat in 2010. Below are the 7 clubs you didn’t know that are Domestic League and European Cup double winners…

Red Star Belgrade, led by Ljupko Petrovic, secured their first and only European Cup in 1991. An uninspiring goalless draw against French outfit Marseille, appearing in their first ever European Cup final, eventually resulted in a win on penalties for the now Serbian side.

English Champions, Liverpool, were unable to compete in the competition as they were completing the final year of a six year European ban. Meanwhile, defending European Champions AC Milan ended up forfeiting the second leg of their Quarter-Final with Marseille with two minutes to go after refusing to retake the field following a floodlight failure. The Italian side, trailing 2-1 on aggregate following a Chris Waddle strike, refused to continue (edging for a replay perhaps?) and were thrown out of the competition and banned for a year.

For Red Star, their highlight came in the Semi-finals as they defeated favourites Bayern Munich 4-3 on aggregate. The 2-1 first leg away victory featured two terrific counter attack goals finished off by Darko Pancev and Dejan Savicevic. Then a battling 2-2 at home took them to their first European Cup Final. The European crown went alongside their Yugoslavian First League title to form a wonderful double. With a major rebrand of the competition imminent and top European clubs circling their greatest homegrown talents, this would be the peak for Red Star, who would not find themselves in this position again.

Another European Cup Final won on penalties after a 0-0 draw anyone? PSV Eindhoven’s victory over Benfica in 1988 was another game far from the description of ‘classic’. For the Dutch side however, it was crucial. The clubs first and only European Cup was the final piece in a historic treble. Manager Guus Hiddink, in just his second season of his managerial career, had already led his team to domestic league and cup success and victory in his first European Cup final cemented the sides place in the record books.

A conservative final didn’t really come as a shock for many. Their path to the final was built on their defensive quality. Defeating Bordeaux and Real Madrid respectively in the two previous rounds on away goals. In both instances drawing 1-1 away from home and holding their opponents 0-0 at home.

While Red Stars victory represented the end of the teams era, PSV’s treble in 1988 is sandwiched between domestic doubles in 1987 and 1989. Ronald Koeman played at the heart of the defense and a number of Dutch internationals would go on to win the 1988 European Championships with the Netherlands. Koeman would eventually leave for Barcelona in 1989.

Another European Cup Final? Another 0-0? This was in fact the first 0-0 in a European Final. The Romanian clubs success would go on to be dubbed “Steaua’s miracle of 1986″. After managing to avoid any of the big teams on their way to the Semi-Finals, the underdogs overcame a tricky tie against Anderlecht. Setting up a showdown with Terry Venables’ Barcelona team. Emerich Jenei’s all Romanian side went into the final as almost complete underdogs.

Hosted in Seville, the 1986 final was made tougher for Steaua as they would be without their suspended captain Tudorel Stoica. A hostile atmosphere and a Barcelona team under pressure meant that the European Cup would be decided on penalties for the first time. The fairytale came to a dramatic conclusion for Steaua Bucharest as their goalkeeper Helmuth Duckadam saved every single one of Barcelona’s penalties. Steaua were Domestic League and European Cup double winners for the first time.

Thankfully this final was not a 0-0. Hamburg were able to complete a Domestic League and European Cup double with a victory over Juventus in 1983. A 1-0 win, the sixth consecutive European Cup final to finish with that score line, was wrapped up after just eight minutes by Felix Magath.

Hamburg’s first European Cup victory broke an era of English dominance in the competition. The German club appeared to have the odds stacked against them in Athens. A warm night in Greece against a star studded Juventus that included the likes of Michel Platini and six Italian internationals who had won the World Cup for Italy a year earlier. Despite this, Ernst Happel, who had already won a European Cup with Feyenoord in 1970, decided to go after the Italian giants.

The game was far from a dull affair. Hamburg took the attack to Juventus early. After Magath’s opener, the West Germans kept the pressure on. Later on, Giovanni Trapattoni’s men came back and put the pressure back on Hamburg but were unable to find a way through. The denial of a late penalty appeal and a few sharp saves from Uli Stein kept Hamburg ahead for a famous victory.

In 1967, Celtic became the first British club to win the European Cup. The side that would become known as the ‘Lisbon Lions’ completed a Historic victory when they came from behind to defeat Inter Milan 2-1 in the European Cup Final. An equaliser from Thomas Gemmell, followed by the winner just six minutes from time by Thomas Chalmers turned the tie on its head. All of this after Alessandro Mazzola had put the Italians in the lead after just six minutes from the penalty spot.

The 1967 competition and format is barely recognisable to the modern day Champions League. For this reason, beating Zurich, Nates, Vojvodina and Dukla Prague may not carry the weight they should do. That being said, prior to 1967, no team from outside Portugal, Spain or Italy had managed to win the competition. Success in Lisbon meant that Celtic became the first British team to complete the Domestic League and European Cup double.

1️⃣4️⃣ of the 1️⃣5️⃣ players in the squad for the 1967 European Cup final were born within ten miles of Celtic Park. 🍀

The most recent example on this list of Domestic League and European Cup double winners. The introduction of Jose Mourinho to the world stage has somewhat outshadowed the achievement of Porto in 2004. The Portuguese club are the most recent newcomers to this list after defeating Monaco 3-0 in the Final. In a more familiar format, Mourinho’s men came off the back of a treble in the previous season. Winning the Portuguese League, Domestic cup and UEFA Cup in the same season.

The Champions League Campaign began in a group that included Real Madrid and Marseille. Porto qualifying second in the group behind the Spanish giants, holding Madrid to a 1-1 draw at the Bernabeu in the process. A famous two legged victory over Manchester United, followed by a 4-2 aggregate win over Lyon set up a Semi-Final tie with Deportivo La Coruna.

A terrific defensive display and a 1-0 aggregate victory set up the final with Monaco. Goals from Carlos Alberto, Deco and Alenichev gave the Portuguese Champions a comfortable victory.

ON THIS DAY: In 2004, FC Porto won their second European title after beating Monaco 3-0 in Gelsenkirchen.⁣

It would be Jose Mourinho's last game for Porto before leaving for Chelsea. 🏆 pic.twitter.com/75GwO5GZHf

43 years before, the first Portuguese club to achieve the feat was in fact Benfica. The oldest example on the list of 7 clubs that you didn’t know won the Domestic League and European Cup double. The 1961 final was the first final not to include Real Madrid who had won the previous five competitions. Instead, Barcelona, who eliminated Real Madrid in the first round, took their place a final to rival any.

With the amount of clubs taking part in the competition admittedly limited, Benfica’s triumph is easy to underplay. However, by making the final they made history by becoming the first Portuguese team to do so. The 3-2 victory over Barcelona itself was also an action packed finale to cap off an eventful tournament. Abandoned two minutes before the final whistle, Benfica’s second leg tie against Austrian Champions Rapid Wien was marred by riots that broke out on the pitch.

In the Final itself, Mario Coluna’s second half volley was enough to win the game for Benfica in the end. Completing their first and only League and European Cup double.

We hope you enjoyed the article ‘Domestic League and European Cup Double Winners.’ Which of these achievements provides the greatest underdog story? Let us know!

Sport activities to take up this summer