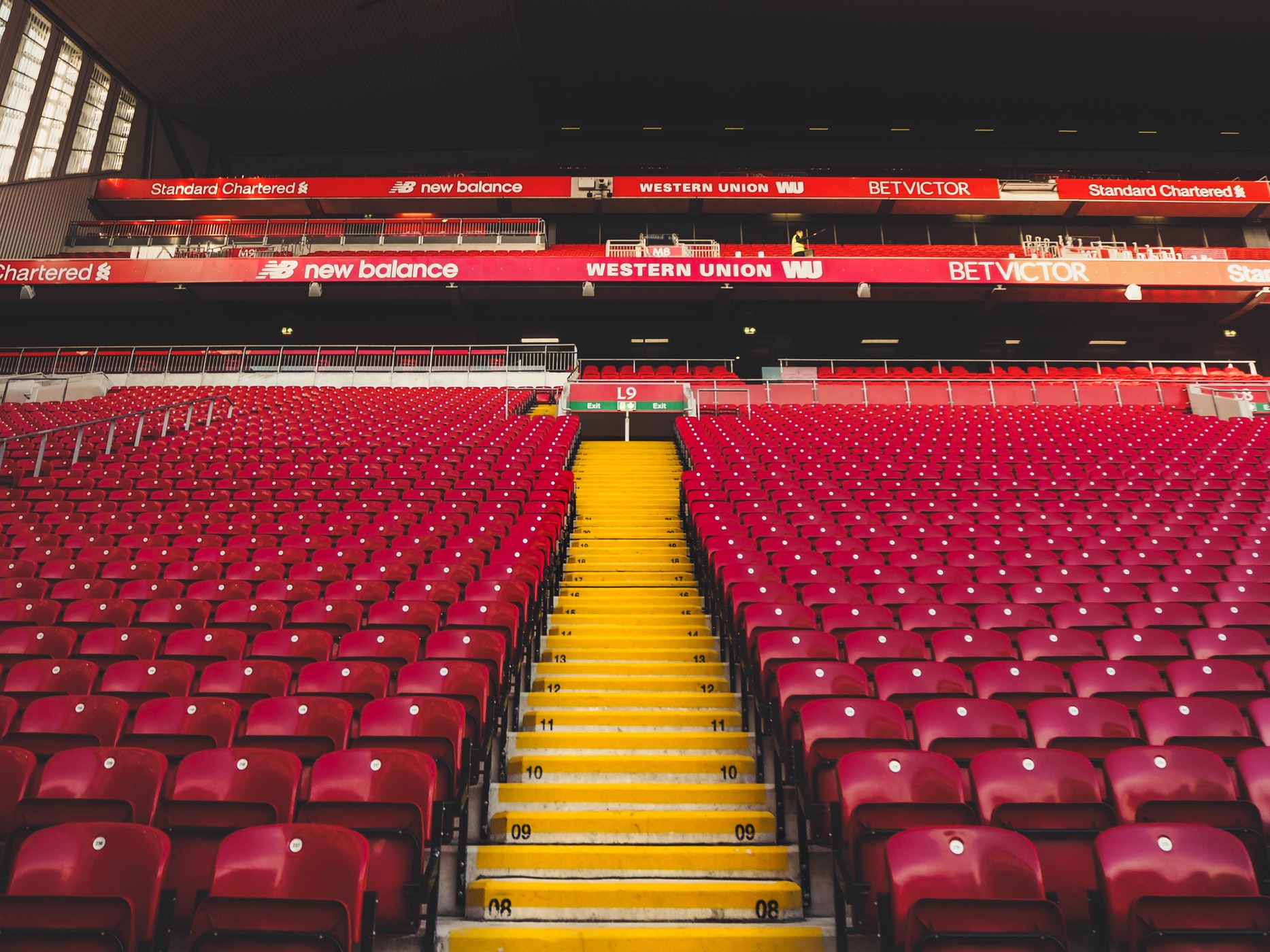 At this stage last season, the Reds were 13 points clear at the top of the Premier League with 55 points and went on to win their first title in 30 years. This season they find themselves seven points off top spot with 21 points fewer than last season.

Liverpool have not scored a goal since the 1-1 draw against West Brom in December and are winless in their last 5 games in the Premier League.

The Reds were also knocked out the FA Cup fourth round by rivals Manchester United on the weekend. A competition which Liverpool have failed to progress past the 5th round in the last 5 years under Jurgen Klopp.

Liverpool made it back-to-back wins at the start of the season against newly promoted Leeds and ‘title contenders’ Chelsea. The Reds were given a lifeline at the stroke of half time when Chelsea defender Christiansen was shown a red card.

Two Sadio Mane goals inside the opening nine minutes of the second half ensured victory for the Reds.

The Blues did have a chance to come back in the game when they were awarded a penalty after Thiago’s challenge on Werner inside the box but Jorginho was denied by a brilliant save from Allison.

Dean Smith’s side, who have had a really good start to the season winning all three of their opening games in all competitions, came into this game full of confidence against the reigning champions. It was expected to be a tough game for both teams, with Liverpool leaving it late to win here last season.

However, Ollie Watkins netted in a first half half-trick whilst John McGinn, Ross Barkley and a double from Jack Grealish were all on target, as Villa produced one of the most biggest shocks in Premier League history.

Salah’s double was a consolation as the Reds were humiliated in the midlands.

It was one of the heaviest defeats the Reds have suffered since 1963. Jurgen Klopp described the game as ‘Liverpool lost the plot’.

Carlo Ancelotti’s side came into this game looking to extend their lead at the top of the Premier League table. Liverpool were looking for a response after a heavy defeat against Aston Villa the previous weekend.

Everton were yet to beat the Reds since 2010 and it looked to continue when Sadio Mane opened the scoring in the opening minutes. However, the Blues responded when Michael Keane headed in the equaliser.

Salah volleyed Liverpool back into the lead in the second half but Calvert-Lewin’s towering header in the final 10 minutes earned a point for Carlo Ancelotti’s side.

Captain Jordan Henderson thought he had won the game in injury time but his strike was ruled out by VAR for a tight offside call denying Liverpool a late victory.

The main talking point of this game was Jurgen Klopp losing two of his key players. Virgil Van Dijk suffered a cruciate ligament injury following a reckless challenge by Everton goalkeeper Jordan Pickford. The club later confirmed the Dutchmen damaged his ACL and will spend the rest of the season out.

Liverpool manager also revealed that summer signing Thiago suffered an injury following a challenge by Richarlison late on in the game. However, the Brazilian received a straight red card for the tackle.

Jose Mourinho’s side looked to continue their unbeaten start to the season against former Premier League champions Liverpool at Anfield. The Reds controlled the game in the opening exchanges and deservedly went ahead when Mohamed Salah’s shot deflected off Eric Dier and over the Tottenham goalkeeper to give Liverpool the lead.

Less than 10 minutes later, the Reds were caught on a counter attack which Son Heung-min capitalized on, slotting past Allison to equalise for Spurs. Tottenham had chances to go ahead, with the best opportunity coming to Steven Bergwijn in the second half, however his strike rattled off the post.

Spurs were left to regret those missed opportunities when Roberto Firmino headed past Hugo Lloris in the last minute to send the champions three points clear at the top.

Liverpool hit seven past the Eagles to go five points clear at the top of the Premier League.

Captain Henderson added his name to the score sheet before Firmino added his second. Mo Salah wrapped up a dominant display with a double from the bench.

This proved a crucial game for the Reds to get back into form and end their winless drought against a struggling Burnley side in need of points.

Jurgen Klopp’s side dominated most of the ball for the opening minutes. Origi had the best chance in the first half but his strike rattled the crossbar.

Drama came late in the second half when Allison brought down Ashley Barnes in the penalty area. The 31-year-old slotted his penalty past the Liverpool keeper in the final 10 minutes to seal the clarets all 3 points.

Liverpool’s 68 game unbeaten run came to an end. The last team to win Anfield was Crystal Palace, in 2017.

This defeat put more pressure on Liverpool, after failing to score in four league games a drop down to fourth in the league table ensued as a result.

Fabinho who played as a right-back for previous club Monaco has established himself as a key defender in cover for Virgil van Dijk and Joe Gomez, who remain out of action with long term injuries.

The 27-year-old has been one of Liverpool’s most important players this season, stepping into the gigantic boots needed to be filled. Doing so is no easy feat, especially when considering the Brazilian has had to swiftly adapt to life as a centre-half in England’s top flight. Fabinho has handled his own against some of the best strikers in the Premier League and has looked surprisingly comfortable for the most part.

Another key player is summer signing Diogo Jota, who has quickly become one of the shrudest signings of the transfer window. The Portuguese international signed from Wolves for £41m and has scored 12 goals in all competitions for the Reds including the hat trick against Atalanta.

The 24-year-old picked up an injury in the Champions League which has kept him out for a few months. Since then, the Reds have struggled to find that quality in the starting 11 and the bench to score goals, having not scored in their last 5 games.

Trent Alexander-Arnold who has been heavily criticised this season has struggled to hit top form, with only two assists in 14 league appearances to his name. At his stage last season, the 22-year-old managed seven.

During the 1-0 defeat to Southampton Trent misplaced 38 passes which was the most by any player in a match this season. The ability to get forward and send pinpoint crosses towards the front three, have just not been able to be replicated so far this season.

Liverpool’s Champions League hero Divock Origi has only played once this season in the Premier League and has not been close to the level he was at last season. The striker has been linked multiple times out of Anfield due to not getting any game time but still remains at the club.

The Belgian international had a golden opportunity against Burnley to get of the mark this season but saw his strike rattle the crossbar.

That breaks the PL record he set of 31 v Newcastle. #LFC pic.twitter.com/Jf46zLIMhK

What’s next for Klopp’s Reds?

Liverpool will look to swiftly turn their form around and hope they can be fighting for the Premier League title, come the end of the season. Jurgen Klopp will still feel his side are favourites for the Premier League, being only 7 points off from top spot and with huge fixtures coming up against Tottenham in midweek and Man city, he will hope his side can start getting wins on the board.

The Reds also have a round of 16 champions league tie upcoming which may well prove huge in their chances of winning a trophy this season, after 4 wins from 6 games.

Despite losing their unbeaten record last week and key players out injured, the Reds still have a very strong squad but many players are lacking in confidence, if that lack of confidence continues, Liverpool could see themselves out of the top 4 race with it only being a 6 point difference between 10th and 4th.

It’s the sides at the bottom half of the table which Liverpool are struggling to beat, the likes of Fulham, Newcastle and West Brom were moments this season which they didn’t take advantage of. However, when facing teams in the top 6 the Reds seem to perform much better.

A number of players were linked with this Liverpool during this January transfer window but it is understood that financially the Reds can’t afford it. Jurgen Klopp will have to stick with the squad he has and hope for no more injuries comes to the end of the season.