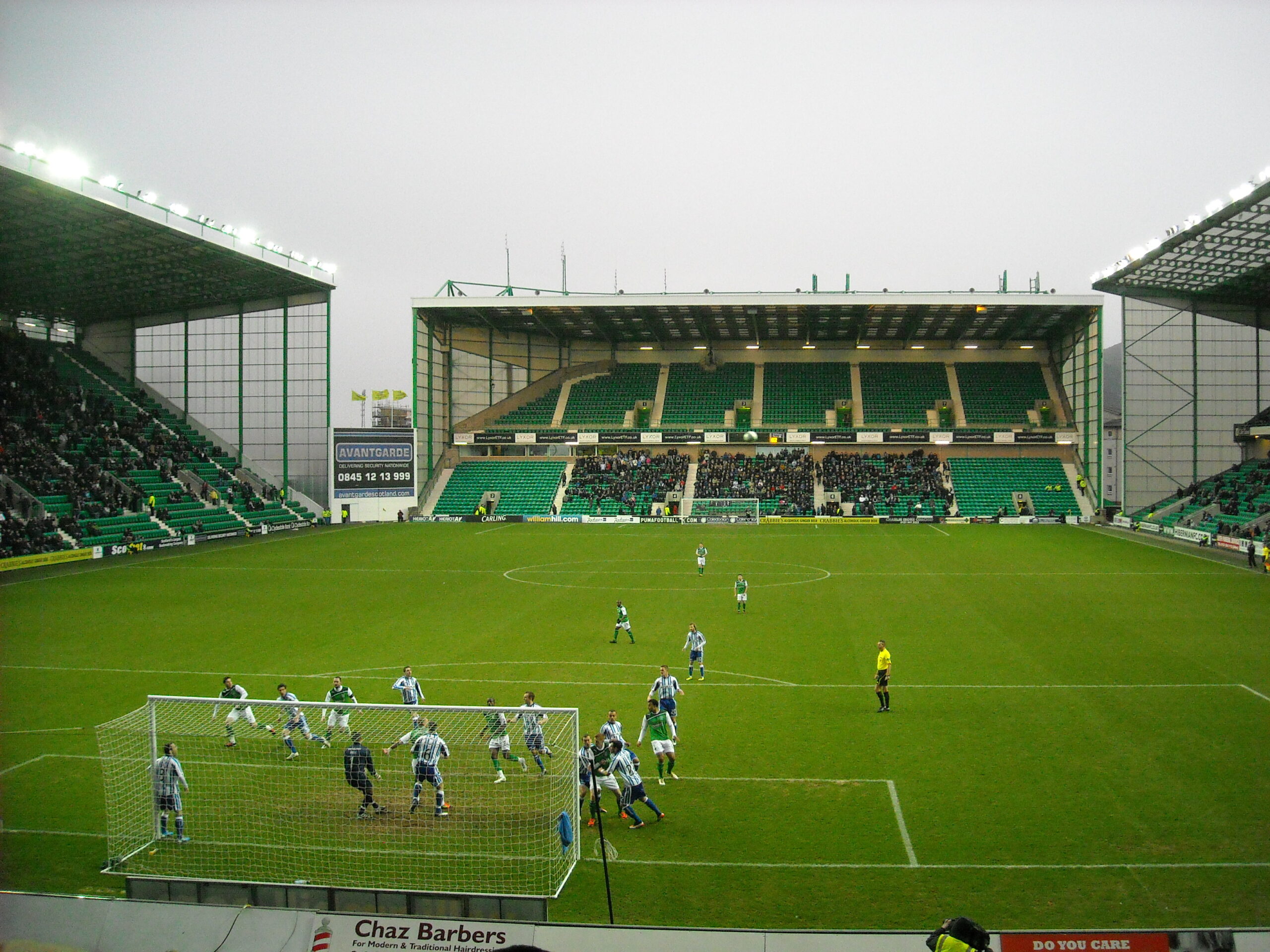 Craig and Charlie proclaimed to have completed their Homework as the UEFA Cup Second Round (second leg), got underway, on Wednesday 7 November 1973.

A floodlit Easter Road Stadium (amplified with the anticipatory hopes of a packed gallery), crackled with excitement; as, bedecked in their unfamiliar all-yellow attire, Don Revie’s formidable Leeds United entered the frey. Hibernian had secured a credible Goalless Draw from the Away Leg a fortnight earlier; and despite their ‘underdog’ status, believed they could overcome their more illustrious rivals on Home soil.

Revie’s squad received a warmer welcome than most, due (in part perhaps), to the propensity of Scottish talent within their ranks.

A programme from the UEFA Cup second-round tie between Leeds United and Hibernian at Elland Road in October 1973. Don Revie's notes highlighting the strength of the two teams at the time. Leeds went on to win on penalties in the second leg at Easter Road pic.twitter.com/ByAmrpaqcE

A crowd of over 36,000 were in attendance – My Father, Brother, and self included.

The sides had History in European Competition; having contested a Fairs Cup Quarter Final in Season 1967/68. With the Yorkshire-based outfit progressing courtesy of a 2-1 aggregate score-line. Hibernian supporters drew encouragement however, from their sides impressive Home record in Europe; which revealed just three reversals from twenty-four Ties to date.

The indelible memory of the occasion was the sublime performance given by Leeds Utd skipper Billy Bremner. Adopting the ‘Sweeper’ role, he guided his defensive partners including (not one but two Goalkeepers), through the proceedings. Bremner displayed a level-headedness and arrogance befitting his role as Captain of Leeds Utd and Scotland – who themselves had recently secured qualification for the 1974 Munich World Cup.

Despite countless Penalty-Box incidents, the Tie ended Goalless after 120 minutes. Fittingly, Bremner himself struck the Winning Goal in the Penalty shoot-out that followed.

Its true, our hearts were broken (albeit briefly), but thankfully in due course, the Reid twins provided Sunshine aplenty.

OTD in 1973, Leeds take part in their first ever penalty shoot out. Beating Hibernian 5-4 on pens in the UEFA cup. #lufc @MartinMarty1974 pic.twitter.com/Iz93xWfdOl

We hope you enjoyed this article ‘Leading By Example’. Do you remember the UEFA Cup tie between Leeds and Hibernian? Let us know!