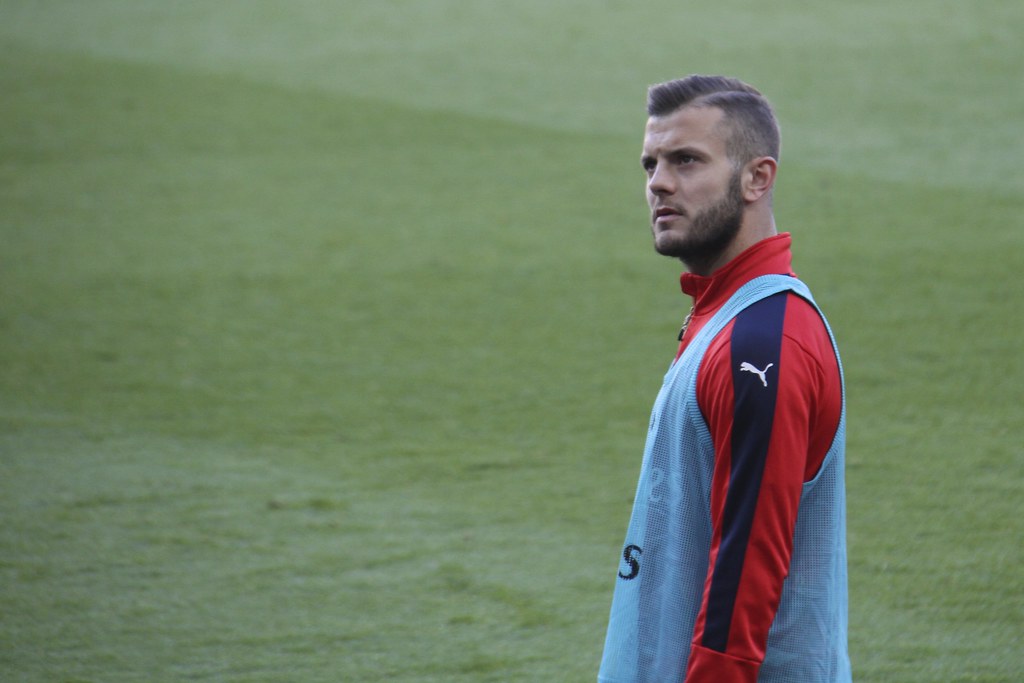 What will be Jack Wilshere’s next club?

Following the end of this summer’s transfer window, Jack Wilshere was released by his club West Ham United. Cursed with injuries, he was limited to only 19 appearances for the East London side.

The ex-England and Arsenal midfielder leaves the Hammers after joining in 2018 and with nine months still left on his contract. He has only featured once this season, playing 90 minutes in their 5-1 Carabao Cup win against Hull City.

Wilshere was dubbed as England’s next biggest star and had huge expectations as a youngster. The 28-year-old had heaps of potential and was a key player in the Arsenal and England set up.

Even when he plays now, he often shows glimpses of how good of a footballer he can be. His ability to dribble on the ball and create chances with clinical passing are his main strengths as a player.

However, years of injury-riddled seasons has held him back from achieving his full potential. He has played at several clubs to try and replicate his former self but it hasn’t been all that successful so far.

Now he is a free agent following his release from West Ham, Wilshere sets his sights on playing some first team football as well as finding some form once again. But what will be Jack Wilshere’s next club?

Jack Wilshere is to have his West Ham contract terminated by mutual consent.

Jack Wilshere impressed from an early age, coming up through Arsenal’s youth academy. He made his senior debut for them when he was 16 and went on to play 198 times for the Gunners.

Jack was named in the PFA Team of the Year and won the PFA Young Player of the Year in the 2010/11 season. He went on to score 14 goals and had 30 assists in total for Arsenal.

Wilshere was quickly starting to become one of England’s top talents. He made his senior team debut for his country when he was only 18. He went on to claim 34 caps and last played in their Euro 2016 Round of 16 defeat to Iceland.

A total of 11 injuries while he was at Arsenal however, resulted in a loan move to AFC Bournemouth in 2016 to get more playing time. He featured 27 times for the south coast side as they finished 9th in the Premier League.

He generally played to a good standard while he was at the club. So much so, that Arsene Wenger, ended up keeping him with the Gunners for the following season.

With his contract expiring in the summer of 2018 he signed for his boyhood club, West Ham United on a three year deal. He did not appear much for the Hammers, but he was apparently fit to play and played well when he did.

“I have been fully fit for a large period of time at the club, including over the course of the last eight months – training hard every day – but unfortunately have not been given the opportunity to play” he tweeted.

“Although of course I am frustrated that I was not fully able to showcase what I am capable of at West Ham I remain convinced I can still contribute at the very top of the game”.

Where will he go next?

The club he is most heavily linked to at the moment, is Scottish giants Rangers. He would reunite with former England teammate Steven Gerrard, who took over as manager of the Glaswegian club in May 2018.

There are rumours that he is in advanced talks with the club, but some may see this as a step down for Jack. The level of quality in the Scottish Premier League isn’t as high as it is in England’s top flight.

Gerrard is desperate to stop Celtic from winning an historic 10th title in a row and Wilshere could be the answer. He will no doubt be an outstanding asset for their team and would definitely outshine a lot of players in the league.

This may be the best option for the English midfielder. If he can keep fit, he will be guaranteed game time and will be playing in the Europa League as well. With first team minutes under his belt he may be able to find some of the form he’s lost over the last couple of years.

Where do you think he will he end up?

Bookmakers Skybet, have made Premier League side Aston Villa second favourites to land his signature. With him now available on a free, Villa fans would be much more hopeful that they could sign him.

His wages however, would be the main issue with the midlands side. He was earning around £100k a week at West Ham, being one of their top paid squad members. If they were able to sign him on a low wage deal, they may be more open to the possibility.

Villa have got off to a great start to this season, having won all three league games so far. They even shocked last years champions Liverpool, beating them 7-2 at the weekend. The arrival of Jack Wilshere would definitely help bolster their squad depth.

However the main factor for Wilshere leaving West Ham is to find playing time. Ross Barkley has just joined on a season-long loan and played well on his debut. Along with him, they have players like John McGinn and Douglas Luiz who would rival his position. Villa may not be the best option for Jack if first team football is what he wants.

A more unlikely option at this stage in his career, is a move to the United States. The 28-year-old has been linked before to a switch overseas. But this depends on what level of football he wants to play at.

The MLS has seen top players like David Beckham, Joe Cole, Zlatan Ibrahimovic and Thierry Henry grace their league. However they were a few years older when they made the change.

Wilshere has stated that he is “still incredibly hungry, ambitious and desperate to play football and achieve success”. There is no doubt that he will light up the MLS and be one of the best players in the league. He will be guaranteed first team football as well, but it is not at the top level.

Former West Ham star, Joe Cole, said on TalkSport that “he’s got a young family and he would absolutely love the States. It actually makes your body feel a lot better playing in those climates. I’m a big fan of Jack’s and I’d just love to see him playing football, that’s his natural habitat and he’s such a talented player.”

Cole also played in America for the Tampa Bay Rowdies towards the end of his career. Wilshere has said previously how he may need to play in a different country or culture to play more games. Could a move to Beckham’s Inter Miami be a good choice for him?

See you tomorrow. What time? Don't need to be getting fined day one 🤣🤫 https://t.co/Qw7jBe7ryg

Will he ever get back to his best?

The main goal for Jack now should be getting back to regular first team football. He has had so much hype surrounding him from such a young age. Once he gets back to his regular self, without injuries, he could then begin to prove people wrong.

There is no doubt that Wilshere has the talent and quality to do so. However it all comes down to whether or not he can stay fit for the duration of a season. If managers can trust in his ability and consistency then it’s possible he could play at the top level again.

Most fans and players alike know what he is truly capable of. He could move to Scotland or overseas, or even try to improve in the Premier League. Nevertheless, it is imperative that he plays first time football.

As he gets older, it is only a matter of time before he is looking towards the end of his career. Therefore his next transfer move is vital in achieving the level of football that he wants to play at.

We hoped you enjoyed the article ‘What will be Jack Wilshere’s next club?’ Where do you think Jack Wilshere will move to next? Let us know!

NBA Finals: Lakers edge closer to title with victory over Heat in Game 4