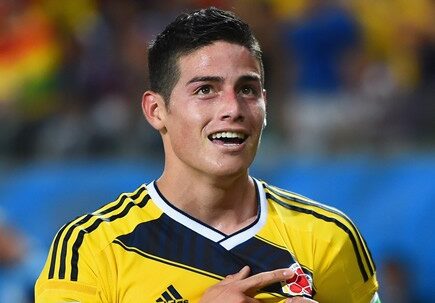 Premier League transfers: The biggest signings from this summer

The transfer window slammed shut on Monday and once again deadline day didn’t disappoint football fans. Every Premier League team was desperate to grab that last minute purchase to bolster their squads for the new season.

After a huge summer transfer window, we saw some big names agree to come and play in the top flight. Huge amounts of money has been spent to lure the top talent away from their clubs. This included big spenders Chelsea, who invest over £200m into their squad.

With the new season already off to a flying start, we look at some of the biggest transfers from this summer’s window. Will they be able to justify their price tags, come the end of the 2020/21 Premier League campaign?

The biggest signings this summer:

Kai Havertz to Chelsea (From Bayer Leverkusen for £71m)

The arrival of Havertz sparked a media frenzy after Chelsea splashed over £70m for his signature. The highly-rated German international was welcomed by many fans as he aims to light up the Premier League.

The 21-year-old impressed at Bayer Leverkusen, scoring 12 goals and assisting six times in the Bundesliga last season. Since his arrival he is yet to score in the Premier League, but grabbed a hat-trick in the EFL Cup against Barnsley.

He attracted interest from some of Europe’s biggest clubs and manager Frank Lampard will be happy that he landed him. It seems that there is a lot more yet to come from the dynamic midfielder, who plays in the number 10 role. He has already shown glimpses of a bright future in the Premier League and will be an exciting prospect for the Blues.

The Spurs icon has returned to his former club after leaving for a then, world-record transfer fee of £85 million to Real Madrid in 2013. He joined on a season-long loan and is definitely the world-class talent that Mourinho has been looking for.

After a rocky couple of years in Spain, Bale fell out with both his club and the Spanish media. Nonetheless, his time there was nothing short of expectation, despite what people might think. He scored 105 goals and produced 68 assists in 251 games for the club.

To all the Spurs fans, after 7 years, I’m back! #COYS @SpursOfficial https://t.co/NbAaUWefQP pic.twitter.com/zGk37PnQe9

James Rodriguez to Everton (From Real Madrid for £20m)

Everton boss Carlo Ancelotti, having signed him previously, used his magic to get a top player. Rodriguez has arguably been the most impactful signing of the season so far and for £20 million, is proving to be a real steal.

He has scored three and assisted two in four games already as Everton sit at the top unbeaten. The former Real Madrid man has formed an unlikely partnership with in-form Dominic Calvert-Lewin. As well as linking up with new signings Allan and Doucoure.

After a few loan moves, following a disappointing spell at Real Madrid, James never really found his form. However he has hit the ground running in the Premier League and is looking to be a great addition to a strong Everton team.

Thiago Alcantara to Liverpool (From Bayern Munich for £20m)

Following weeks of no movements in the transfer market, Liverpool announced the signing of the talented Thiago from Bayern Munich. He played a pivotal role in their title-winning campaign and Champions League success.

The move to England came as a surprise to many, but no doubt excited Liverpool fans. Thiago’s technical ability and craftsmanship on the ball gives him a unique quality when he’s playing. Having only one year left on his contract, Liverpool were able to acquire the Spanish international for only £20m.

Having been out with coronavirus so far this season, he is yet to make a significant impact. If he can stay fit for his new club he could be a great asset for manager Jurgen Klopp and will certainly strengthen Liverpool’s midfield.

Ruben Dias to Manchester City (From Benfica for £62m)

Man City have invested heavily into their back four over the last few seasons, and Dias is another addition to that. The Portuguese Centre back is the latest solution to solve their defensive problems.

A £62m price tag seems like a hefty fee but manager Pep Guardiola is desperate for solidarity at the back. Continuous injuries to Aymeric Laporte have not helped their team, but neither have their investments in the defence.

The 23-year-old is very strong and played well on his debut against Leeds. Man City fans will be hoping that Ruben Dias answers their prayers and help them re-claim the Premier League trophy from rivals Liverpool.

Timo Werner to Chelsea (From RB Leipzig for £47m)

Another big Chelsea summer signing, is striker Timo Werner. He is another German international that has impressed on the big stage in Europe. Timo arrived for a big £47m but the 24-year-old has the potential to justify that price tag.

He scored 34 goals and grabbed 13 assists in 45 appearances in all competitions last season. He has only scored one goal for Chelsea so far, but last years figures show how prolific he can be.

If he can replicate the same form as he did for RB Leipzig, he could prove to be a great new addition to their long line of successful strikers. Manager Frank Lampard will want him linking up with fellow international Havertz as quickly as possible.  If they can do this, then they may be able to mount a serious title challenge this year.

Thomas Partey to Arsenal (From Atletico Madrid for £45m)

Partey signing for Arsenal was a rumour that has been around for the majority of the transfer window. Arsenal finally managed to seal the deal by paying his £45m release clause on transfer deadline day. The deal had Uruguayan midfielder Lucas Torreira going the other way on loan.

The 27-year-old has played 188 times for Atletico since joining in 2011 and was a key member of Diego Simeone’s team. His physical nature and technical ability, allows him to be good at both ends of the field.

After a busy transfer window for the Gunners, fans will be happy with their new additions in a bid to achieve Champions League football. Manager Mikel Arteta speaks very highly of Partey, and he will certainly be an essential member of their squad.

Arsenal completed the biggest move of the transfer window with the signing of Thomas Partey from Atletico Madrid.

A fairly quiet window for Man United hasn’t left many fans impressed with their owners. Especially after their jittering start to the season. Matters turned even worse when they lost 6-1 to Spurs at the weekend.

The arrival of Van de Beek gave fans hope of a good season but he is yet to make an impact since joining. There is still a long way to go in this campaign which gives the Dutch midfielder plenty of time to leave his mark.

He impressed with Ajax ever since coming through their youth academy. The 23 year old got 10 goals and 11 assists in 37 appearances last year. Donny was also a key part of the squad that reached the Champions League semi final in 2019.

The young midfielder has a lot to prove to justify his price tag, and Man United fans are growing impatient with the performances of their players. Nevertheless, he has the potential to play a pivotal role in their set up under manager Ole Gunnar Solskjaer.

Very excited to be the newest edition of the #MUFC family. 🔴 Your enthusiastic responses to my announcement make me feel at home already! Can’t wait to join the team in Manchester.

But first… focus on the Dutch Squad in preparation for the upcoming Nations League matches.🦁 pic.twitter.com/FIUAwed0FA

Rodrigo to Leeds United (From Valencia for £26m)

Newly-promoted Leeds have emptied their pockets this transfer window, including £26m on striker Rodrigo. This transfer came as a shock to many fans, as he has already built up quite a big profile.

The ex-Bolton midfielder has played 220 games for Valencia, since joining in 2014. He has scored 59 goals and produced 41 assists for the Spanish team. He has now joined a resurgent Leeds side, that have transformed under the management of Marcelo Bielsa.

Rodrigo is yet to make a huge impact for Leeds in the Premier League, but it is still early days. He grabbed his first league goal at the weekend for his new side and if he can find his scoring boot, he could be a real threat in front of goal.

Cmon Leeds, marching on together!! 🔵🟡⚪️

Nelson Semedo to Wolverhampton Wanderers (From Barcelona for £27m)

Semedo’s transfer to Wolves was another high profile signing that came as a shock to most. He had a solid season with Barcelona, but decided to make the switch to England for £27 million.

Wolves were desperate for a right back after the sale of Matt Doherty to Tottenham for £14m. However, fans will be over the moon with their new signing. He brings bags of experience, having played alongside some of the world’s best with the Spanish giants.

He has been capped 13 times by Portugal and has played 124 times for Barcelona. As well as being solid at the back, his speed and agility are his main strengths. This allows him to create space to go forward and push the attack, which suits how Wolves play perfectly and he should fit nicely within the team.

Not the result we wanted , but im very happy for my debut with wolves coulors and in the premier league.
Lets focus and work in the next game.
🧡🖤🐺 pic.twitter.com/qts1NBHFff

Ollie Watkins to Aston Villa (From Brentford for £28m)

Villa’s main problem last season was their lack of goals but it seems that they have now found a solution to that problem. Ollie Watkins joined them after scoring 25 goals in the championship last season, helping Brentford get to the playoff final.

The £28 million man bagged himself a hat-trick against Premier League champions Liverpool on the weekend, to score his first goals for his new club. His performance showed fans what he can do and he probably should have even scored more against them.

He is forming a great partnership with Villa captain Jack Grealish, and looks as if he has fit in the squad well. They look like a much stronger side after this summer’s transfer window, and Watkins could be a huge reason why they stay away from the relegation zone this year.

The first #DeadlineDay is over.

Who has been the signing of the day?

We hoped you enjoyed the article ‘Premier League transfers: The biggest signings from this summer.’ Who do you think will be the signing of the season this year? Let us know!