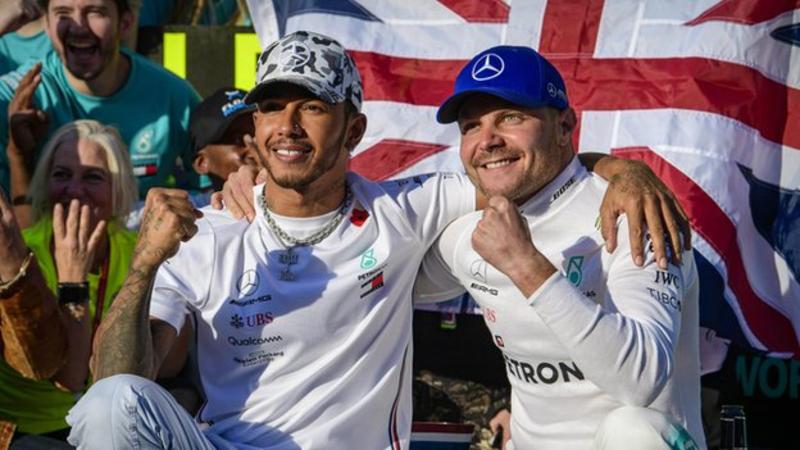 Hamilton showed why he was world champion in Saturday’s qualifying session and led the Styrian Grand Prix throughout to win his first race of the 2020 calendar.

Mercedes finished one-two as Valtteri Bottas managed to overtake the Red Bull’s Max Verstappen after he suffered damage to his front-wing.

The Dutchman cruised to third, 11 secs ahead of his teammate Alex Albon in 4th. Last week driver of the day, Lando Norris rose two places on the final lap to 5th as Sergio Perez limpered to 6th. The Mexican driver stormed from 16th on the grid to 5th and was putting pressure on Albon until he suffered the issues.

Carlos Sainz will be disappointed after securing third in qualifying to drop six places into 9th, ahead of Daniil Kvyat in 10th.

The story of the day will be Ferrari, who saw both their drivers collide in the opening, forcing them to retire early on.

George Russell managed his career highest grid position in qualifying yesterday and was keeping his pace among the middle pack on the opening laps. However, the British driver lost control of the car and went into gravel, putting him last as he finished 16th.

Last weekend would have disappointing for Ferrari, despite Charles Leclerc finishing on the podium in 2nd whereas Vettel just finished in 10th.

However, the Italian racing team would have been furious with the outcome of the Styrian Grand Prix as both cars failed to make even five laps after colliding with each other on the opening lap.

A slow start by Vettel saw him drop a few places ahead of Leclerc in 14th as the young driver tried to go on the inside of the German driver. But Leclerc ran out of room before colliding with Vettel, whose rear wing hanged off the Ferrari. Vettel had to retire on the first lap and Leclerc tried to get back racing but suffered rear issues which also forced his car to retire on lap 4.

Ferrari will be eager to see the back of the Red Bull Ring for another year. More disappointment for Ferrari as they failed to see whether their upgrades from last weekend made any improvements to their car ahead of the Hungary Grand Prix.

Lewis Hamilton was lightning quick in the wet conditions, finishing 1.2 seconds quicker than Verstappen. So, it was no surprise to see Hamilton practically cruise in the opening 30 laps in the drier conditions, creating a 4-second gap between the Red Bull.

Red Bull tried to prevent the undercut by Mercedes as Valtteri Bottas began to make ground on Verstappen. The Dutchman pitted first, going onto the mediums, to stop Mercedes undercutting him as they continue to separate both the ‘Silver Arrows’ getting a one-two on lap 28.

However, the 22-year-old voiced his concerns and was frustrated as he resat -4secs behind the world champion.

Verstappen’s frustration would have grown into the last 10 laps as his pace started to slow due to damage to the front wing, leading to Bottas closing down on the Red Bull. The original strike lap for Bottas was lap 71, but the Finn capitalised on the problems for the Red Bull and overtook on lap 66. Although Verstappen fought back and got back ahead of the Mercedes, however, Bottas made sure 2nd place was his on lap 68.

His teammate, Alex Albon was slower throughout and had to hold off Sergio Perez in the Racing Point – ‘Pink Mercedes’ – for 4th place in the final 15 laps. Sergio Perez had problems on the final lap and saw Lando Norris go from 7th to 5th on lap 71 to keep his impressive start to the season.