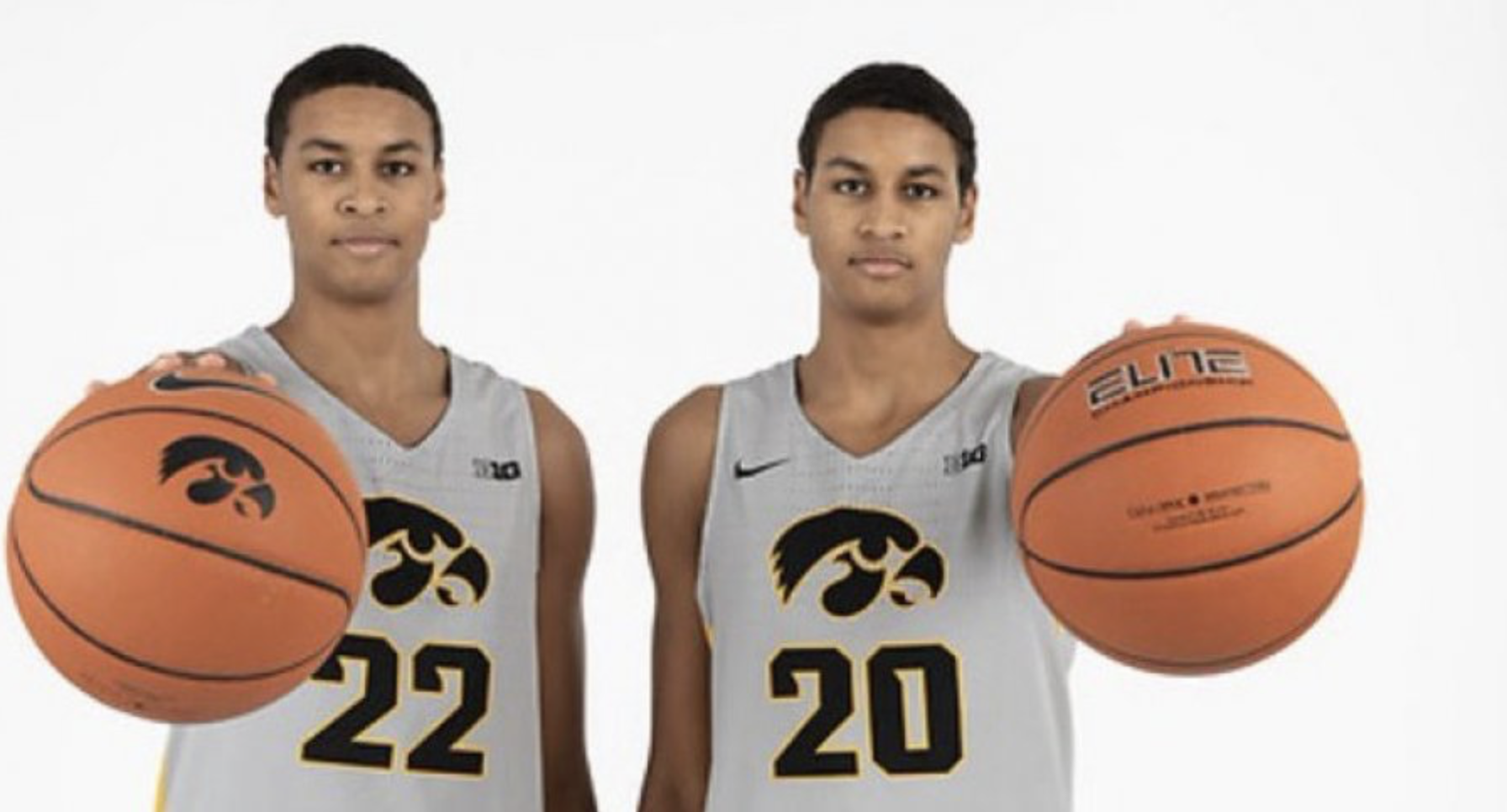 Can Kris Murray Follow The Footsteps Of His Brother Keegan Into The NBA?

Genetics is essential, and family is everything. Having an NBA bloodline is very helpful in getting into the NBA. You get the genes, attitudes, and advice of the relatives who came before you. Just ask the Antetokounmpo, Ball, and Curry brothers. But at the end of the day, no matter who your siblings are, every player has to get to the pros on their own merits.

Kris Murray hopes to continue that tradition by following bro Keegan into the NBA. His brother, Keegan, is one of the hottest young basketball players in the country right now. Selected 4th in the 2022 NBA draft, the better–known Murray brother is expected to significantly impact the Kings this year. Nonetheless, in what concerns both Iowa NBA players, the expectations are high.

The Similarities Between Keegan And Kris

The duo has a lot in common. First of all, they are identical twins. Therefore, they look exactly the same. I know. Shocking. Although Kris does have ten pounds on his brother. All muscle, by the looks of it. In addition, with the same build, both are forwards. In addition, both were varsity for the University of Iowa Hawkeyes.

So, how does brother Kris compare? He scored 9.7 points in his sophomore year. A significant leap from his very minor role as a freshman on the Hawkeyes. But if that sounds like an impressive step forward, keep in mind would Keegan did.

As a sophomore, the Kings draft pick was already netting an insane 23.5 on average, complemented with almost 9 rebounds. The numbers show that Kris isn’t as gifted a natural scorer as Keegan. But his rebounding skills are comparable. With 18 minutes per game, he took down 4.3 rebounds per game and should get a much more significant share next season.

What Are The Selling Points For Kris?

First, he is a strong 3-point shooter. He is probably better from outside the arc than his more storied sibling. Kris got 38.7% in his sophomore year and will have at least one more year (probably two) to polish his form before entering the draft.

Aside from his offensive potential, as a solid big man with a lethal outside shot, the main upside is his standing as a fine defensive asset. Going not his sophomore year, Kris already has the positioning and competence on the switch you expect from an NBA forward.

Not to put too fine a point on it, but Kris is not on a trajectory to be a top pick. The Hawkeye forward will also be 23, limiting his appeal to the top teams. But he has the potential to be an NBA player after 4 years at a strong program like the University of Iowa. The junior will get an expanded role with his dominant brother up in the pros. There is no reason to believe he won’t take advantage of the opportunity.

So, the most likely scenario is that Kris averages 15 points a game, with 8 rebounds or so next year. He also showed sparks of good playmaking abilities in 2021-2022, and we expect a lot more of that by the time the forward hits the draft boards in 2023. With all this in mind, he may find a home in the late first round, or more likely. But the most likely outcome is that the forward will be selected in the second round of the 2023 NBA draft.

The team that picks Kris will get a polished defender and accomplished rebounder, with a good deal of offensive upside, especially from the outside. No surprise he is expected to be one of the breakout players for the 2022-23 college season.

While he isn’t an All-Star caliber player, Kris Murray will be a capable and consistent NBA contributor. The team that drafts him will be making a wise decision.

We hope you enjoyed the article ‘Can Kris Murray Follow The Footsteps Of His Brother Keegan Into The NBA?’ Which team do you think Murray will be drafted to? Let us know!

The Biggest Winners and Losers of NFL Gameweek 4

The Importance of Testing Body Composition in Sports