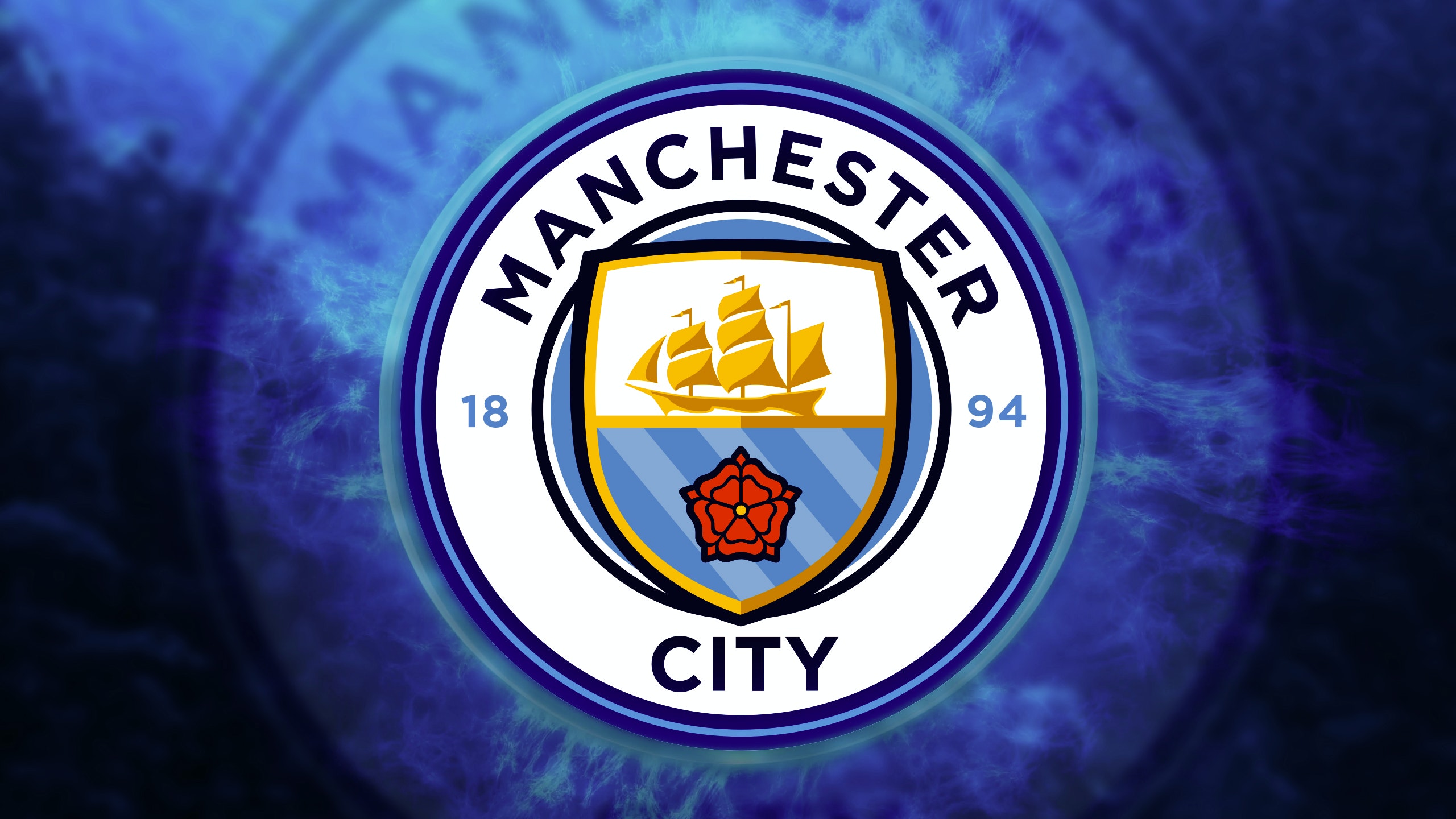 After a tactical masterclass from Jose Mourinho’s Tottenham at the weekend, Manchester City were dealt with their second loss of the season and currently sit 13th in the league table. They lost 2-0 and, despite dominating possession, were out outclassed but a revived Spurs side.

12 points in eight league games is simply not good enough for the four time Premier League champions. A few days before, City manager, Pep Guardiola was given a two year contract extension until Summer 2023. But after the weekends defeat, many are pondering whether he is the right man for the job.

His time at City has been nothing short of spectacular however. He has won every domestic title possible – multiple times. This includes; two back to back league titles, one FA cup and three consecutive league cups in four years as manager. The only criticism given during his spell managing, is his failure to win the Champions League.

With all of his success, City fans are still confident that he is the man to take them forward. But what has gone so wrong in the last couple of seasons? And why aren’t we seeing the same Manchester City as before? We take a look at the possible factors that have contributed to their recent poor run of form.

FULL-TIME | Not our night as we suffer a first away defeat of the season at Spurs.

Despite losing only one game in their last 10 matches, they have drawn three of them which has resulted in the loss of six crucial points. For most of the part, injuries have been a large factor in their recent decline, especially in the Premier League. The loss of Aymeric Laporte last season was a huge dent in their back four.

However with all their investments made since Guardiola has taken over, they should have stronger reinforcements to deal with these issues. They have spent over £400m on just defenders in the last four years, a figure that is abnormally large to say the least.

While it seems that the partnership of Laporte and new signing Ruben Dias is beginning to shape up, a lot of issues have come from their full backs. Unconvincingly, it seems Pep has opted for Walker and Cancelo in his starting lineup. Although both players are prone to mistakes.

But it seems that their main problem defensively, is the lack of cover in the midfield area. The injury of 35-year-old Fernandinho last month was a huge blow for City going forward. His replacement, Rodri, is a good player but he doesn’t play the same role that Fernandinho does.

The Brazilian covers a lot of ground and breaks up the play well to dismantle the opposition’s attack, but it seems Rodri doesn’t as much. With gaps left in the midfield they are often left vulnerable on the backfoot, as seen at the weekend against Spurs.

Fernandinho’s role in the side is hugely underrated, and the aging defensive midfielder will need to be replaced with some who can fulfil that role. If Pep can convince Rodri to stay disciplined, their defensive worries may be sorted. Nonetheless, Fernandinho’s return to the side this week will be a huge boost for Pep.

Back, ready and happy 🙌🏾💪🏾 #ChampionsLeague pic.twitter.com/uLnlYxSOyJ

Since the departure of Vincent Kompany after they won the 2018/19 season, they have arguably been without a natural leader. Especially in their defeats against Leicester and Spurs, it was evident to see they needed a natural captain on the field. It is extremely difficult to win three titles in a row, but Liverpool were resounding all throughout last season and outclassed City.

Kompany was replaced by David Silva as captain after he left. Silva was a prominent figure in the dressing room and often leads by example, but he lacks the same outspoken traits that Kompany had. The most successful sides have always had outspoken and powerful leaders. The likes of Roy Keane and John Terry are just some examples.

It is the same for Fernandinho and Kevin De Bruyne, the current captain and vice captain. While they are certainly very talented footballers, they aren’t natural leaders like Kompany was. He was always able to motivate the players around him, whether that was on the field or in the dressing room.

After Manchester City lose, fingers often point towards the manager. This highlights a lack of responsibility within the team to take control of the situation and change the mentality of the squad.

Pep Guardiola is fantastic in getting the best out of his players, but in order to do this he needs someone to lead from within the team as well. At Barcelona he had Gerard Pique, who had been at Barca his whole career. At Bayern Munich he had the likes of Philip Lahm and Bastian Schweinsteiger to lead his team. And at City he had Vincent Kompany until his departure left a vacant position.

🔵🚀 Today's #GoalOfTheDay: A goal worthy of winning a title from @VincentKompany…pic.twitter.com/yQrAEcXtdP

A large contributing factor to their form, is also the lack of goals coming from City. Usually famous for their deadly, clinical attacks, City have only scored 10 goals in eight games so far in the Prem. Despite finishing 18 points from the title last year, they still managed 102 goals – an enormous amount for a team that finished second.

This season they have been unlucky with injuries to star man Sergio Aguero and Gabriel Jesus. They have lacked that spark going forward to finish off their attacks. While Ferran Torres has done a good job on his arrival, he is not a natural striker like the other two.

They are competing against the likes of Salah, Mane, Jota and Firmino for Liverpool and Kane and Son for Spurs. But right now City lack that extra quality without their strikers. It seems that at the moment City are not as effective going forward – which is unnatural for a Pep Guardiola team.

Players like Raheem Sterling, Riyad Mahrez and Bernardo Silva are exceptional talents. However, they have got off to a slow start so far this year. With the departures of the creative Leroy Sane and midfield magician, David Silva, City are showing less quality. Phil Foden has been a great asset to the team, but they seem to have a more central approach going forward rather than playing out wide.

This also results in them being slower on the break. This allows teams to gain more confidence against them going forward. Their opposition are now able to play through them a lot easier. When they become more comfortable on the ball, other teams can stop City from dominating in the way they want to.

Their style of play has been so similar over the last few years under Pep that they are beginning to become predictable to play against. Teams can work out how they’ll play beforehand. For years this has been evident for teams under Guardiola, but they had so much quality it didn’t matter. Especially this season however, it seems that the quality is lacking and they are beginning to get caught out.

Arguably, teams no longer fear Manchester City the way they used to. Two or three seasons ago almost every club would be afraid to face them. However recently, it seems that clubs are looking to take points away from them rather than focus on not getting thrashed four or five nil.

PEP 💬 Every season is a challenge. Every game is. It is. The world is different right now, not just for us, for everyone. We played a tough game against Porto and came back here. We created chances, but could not score. Now the players recover for Tuesday and we continue.

Why they can turn it around

As said previously, Manchester City winning three league titles in a row was a tough ask. Especially in the way they beat Liverpool on the final day of the 2018/19 season. Jurgen Klopp’s side were more determined than ever to win their first league title in 30 years.

However since then they haven’t performed up to the similar standards as they have done previously. City fans are also still waiting to win their, much sought after, Champions League trophy.

Nevertheless, amongst all the negative factors contributing to their recent decline in form, there are many positives. Pep Guardiola is no doubt one of the best managers in the world, and is definitely the right man for the job.

Despite sitting 13th place in the table, they have only lost two games in the league – with a game in hand. They are also top of their champions league group and are through to the quarter finals of the league cup.

Man City also have quality players at their disposal. They have one of the best midfielders in the world in Kevin De Bruyne, the attacking flair of Sterling and Mahrez and the return of Sergio Aguero and Fernandinho in their squad. Which should be enough to turn their fortunes around.

With it so early on in the season, it is hard to predict where they may end up in the table. However the title race is so wide open. City are definitely still contenders for their 5th Premier League trophy.

Under the leadership of Pep, they must be more clinical in front of goal and show more fight in the title race. If they can bring back the same ruthlessness and dominance from their 2017/18 and 2018/19 campaigns, City will get back to winning ways once again.

We hope you enjoyed the article ‘Manchester City: What has gone wrong?’ Do you think Pep Guardiola is the man to turn Manchester City’s fortunes around? Let us know!