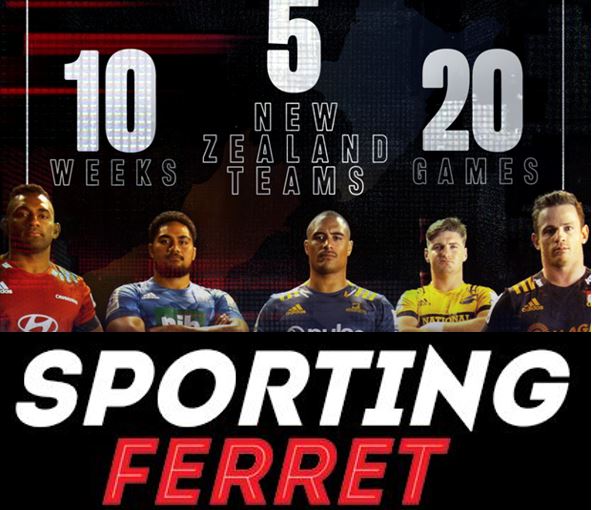 In a world that lacks any kind of live professional sport, New Zealand rugby is our shining light. Tomorrow marks the start of the first-ever Super Rugby Aotearoa tournament – and in case this is your first time watching the fast-paced and exciting southern hemisphere game, here is your beginners guide to each of the five Kiwi teams.

Having not won the Super Rugby competition since 2003, the Blues will be hoping to continue the good run of form they were in before the outbreak of Coronavirus, and add a fourth trophy to their cabinet. The recent signings of Dan Carter and Beauden Barrett will significantly bolster their already impressive backline and help push to win the first Aotearoa tournament.

Tipped as second-favourites to win the Kiwi competition, the Chiefs will be grateful for the break they have had as a number of injured players return to full fitness. British and Irish Lions coach Warren Gatland will hope his mix of promising young talents and internationally experienced players will bring home a third title to the north island city of Hamilton.

By far the most successful team in Super Rugby history, the team from Christchurch have won the competition a record 10 times and with a squad full of All Blacks internationals, the Crusaders are tipped as favourites to win the tournament. They have won the last three Super Rugby titles and are looking to make it four on the bounce.

With just one title to their name, the Highlanders will be seeing this tournament as their best chance to claim a second, despite being the least favourites. If they can snatch a win in their competition opener at home against the Chiefs, the Dunedin side will be full of confidence and a hard team to stop.

Wellington-based Hurricanes are the last team outside of rivals Crusaders to win Super Rugby with a 20-3 win over the Lions in 2016. Despite recently losing star man Beauden Barrett to the Blues, the Canes still boast an impressive squad that includes prolific goalkicker Jordie Barrett, and a surplus of pace and strength especially in Ben Lam and Ngani Laumape.

We hope you enjoyed the article ‘Super Rugby Aotearoa: Team by Team Beginners Guide.’ Who do you think will win the tournament? Let us know!

How Will England’s Top Three Look in Test Cricket This Summer?