Crusaders fight back to claim title one week early

The Crusaders beat the Highlanders at home after a shaky start to claim the Super Rugby Aotearoa title. After dominating the competition so far, the Crusaders are deserved winners with a game to spare. They defeated a very spirited Highlanders side by 32 points to 22.

The Highlanders began the game with electric speed and scored after a mere 67 seconds. Shannon Frizell ran a hard line off an Aaron Smith pass to crash over and stun the home crowd. The conversion by Josh Ioane was good and set his side at ease with a seven-point lead.

It took the Crusaders another 11 minutes to reply as a fantastic burst of acceleration by Sevu Reece set them away.

Three inside passes later and Richie Mo’unga was diving over the line under the posts before converting his own try.

A penalty put the Highlanders back ahead just before Jona Nareki made a brilliant interception on his own 22. He just about outpaced Reece and managed to score in the corner. Ioane converted off the upright and gave the visitors a ten-point lead.

Two Mo’unga penalties put the Crusaders back within four points of their Southern neighbours just before half time. 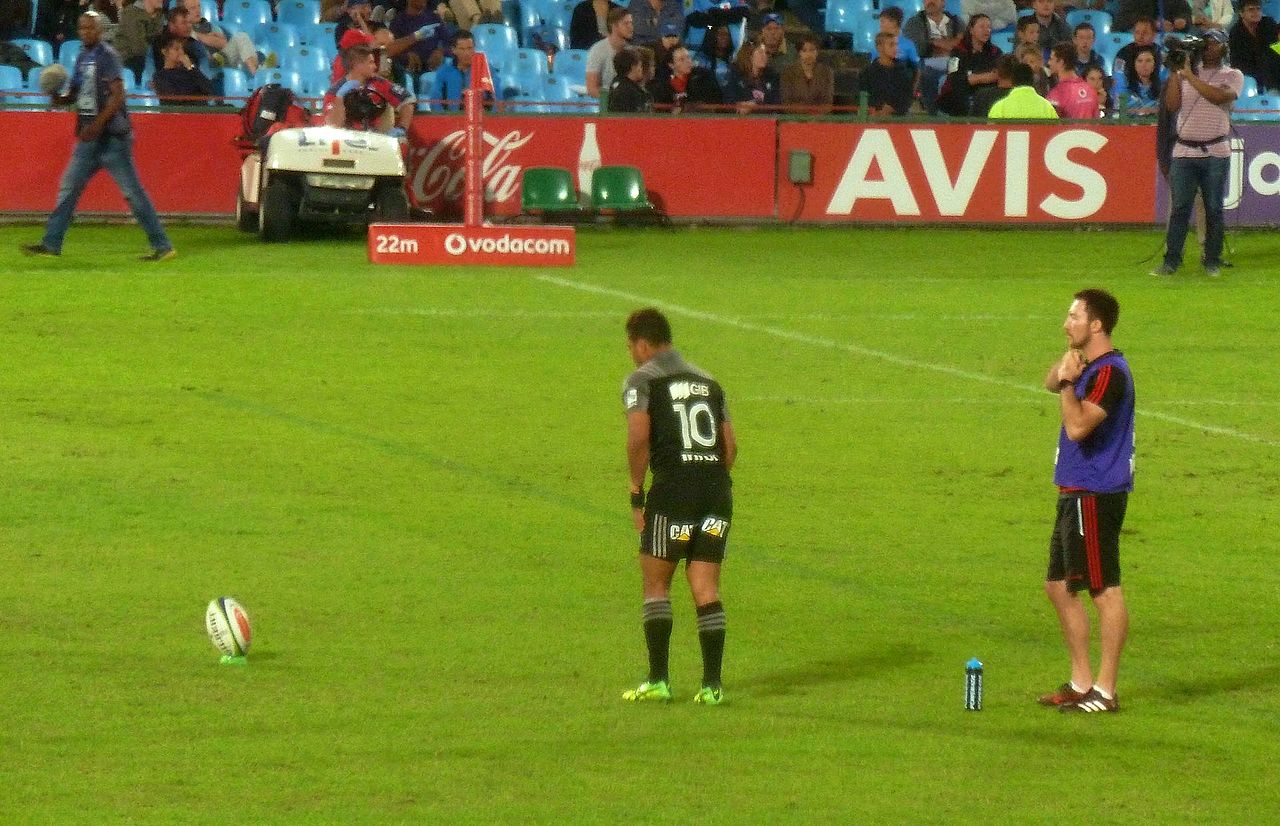 Richie Mo’unga is currently the top scorer in Super Rugby Aotearoa and is expected to finish top barring an incredible swing.

The second half continued with the same pace and skill that had been so entertaining in the first half.

Despite waiting for the first points of the half for 15 minutes, there were plenty of breaks and big hits to entertain everyone watching. More specifically, Josh McKay’s try-saving tackle on Bryn Hall, who looked certain to score.

Josh McKay is a thief in the night 😵

Just as the final quarter was drawing near, the Highlanders scored a wonderful try following some good team play.

Ioane dinked a cross-field kick to Patelesio Tompkinson who batted the ball back inside before regathering and kicking ahead.

No-one could collect it for the Highlanders, but a knock-on gave them the ball back in a good position. Michael Collins powered over from close range to make the scores 13-22.

If we have learnt anything over the course of the competition, it is that the Crusaders are out of this world during the final quarter of the game. They score a disproportionate amount of their points in the final quarter, showing just how deep their quality runs.

Almost as if a self-fulfilling prophecy, they scored two tries in quick succession as soon as the clock hit 60. George Bridge got on the end of some great play by Jack Goodhue and Richie Mo’unga respectively.

One of his two tries was converted, and the Highlanders were hit with another blow just as the scoreboard was flipping. Tompkinson was sin-binned for an off-the-ball tackle on Oli Jager and his team were down to 14 men.

A man down, the Highlanders could not hold off the juggernaut. Some ill-discipline gave the home side territory, and from this a well-timed pass by Mo’unga set up Braydon Ennor for their fourth and final try.

Ennor’s try sealed the win and allowed the Crusaders to claim the Super Rugby Aotearoa title a week early.

They then raised the specially-crafted trophy after a spine-tingling Haka in front of a very satisfied Orangetheory crowd.

The Highlanders can be proud of their performance against a side for the ages. They get to host the Hurricanes next week in the final round of what has been a wonderful tournament for the neutral, rugby-starved fan from around the world.

The Crusaders, on the other hand, visit their closest challengers, the Blues, next week. Had they lost this game it would have been the decider, but we will have to make do with two very talented sides doing battle for pride rather than the trophy.

The champions-elect right from the start, the Crusaders have beaten every team at least once. More often than not in a convincing fashion.

Whatever the future holds for the world of rugby, we can be sure that the Crusaders will be the team to beat in the Southern Hemisphere.

We hope you enjoyed the article ‘Crusaders claim Super Rugby Aotearoa title’. Will the Blues spoil the party on the last week? Let us know!