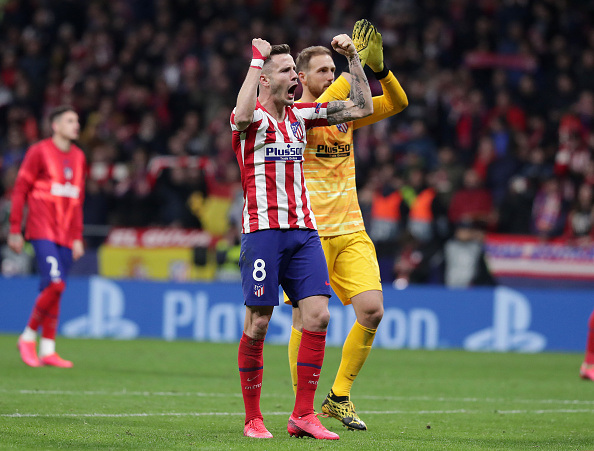 Atletico Madrid produced a dogged and resilient performance at the Wanda Metropolitano Stadium to gain a 1-0 advantage over current Champions League holders Liverpool. The defeat to Jurgen Klopp’s Reds came as their third this season, following a defeat to Napoli in the Champions League back in September as well as a loss to Aston Villa in the League Cup.

The result comes as a somewhat shock with Liverpool dominating the Premier League and finishing top of their Champions League group. Atletico manager Diego Simeone got his tactics right on the night and the result see’s Madrid go into the second leg with a 1-0 advantage.

Atletico midfielder Saúl gave the home side the perfect start with an early opener in the 4th minute, the Spaniard finding the ball at his feet from a corner and easily slotting it into the net.

Listen to that roar 🤯

Saul Niguez gives Atletico the dream start with a goal inside four minutes!

They are well up for this! pic.twitter.com/vEF4UXgGiG

Liverpool struggled to find their rhythm against a dogged Atletico defence, the Reds dominated with 73% possession however failed to provide a single shot on target during the 90 minutes.

Atletico now have the aggregate lead heading into the second leg at Anfield on Wednesday, 11th March. The tie is still far from over for Klopp’s side however they will have to be at their very best in three weeks time to overcome a very resilient Madrid side.