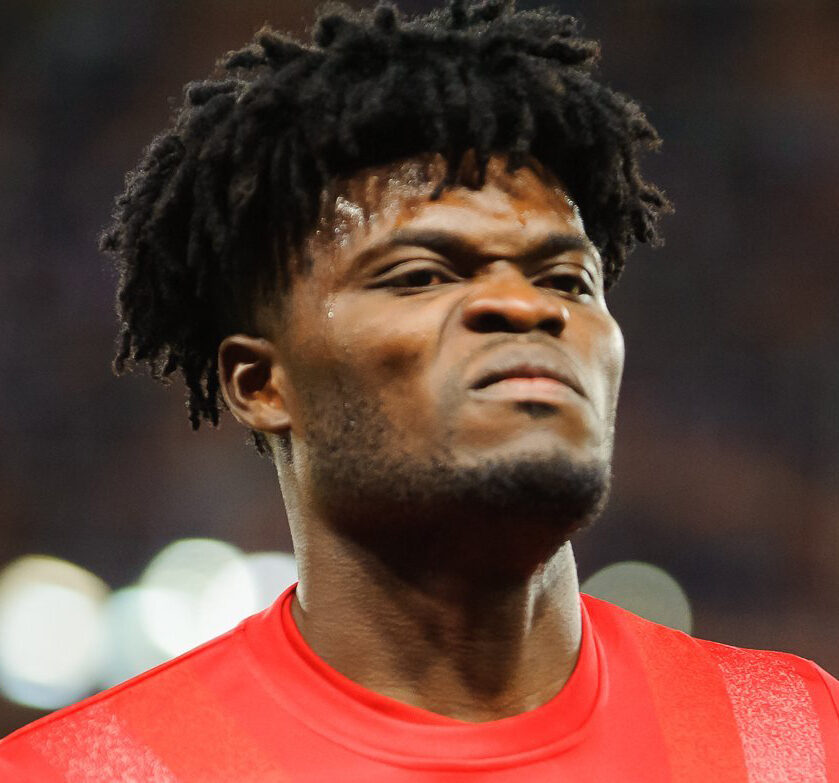 Thomas Partey signs for Arsenal on deadline day: Who is Arsenal’s new man?

Transfer deadline day is usually a chaotic whirlwind which sees players flying in to sign for clubs before the time expires. This year was no different. The biggest signing of the day saw Atletico Madrid midfielder Thomas Partey, join Arsenal from Atletico Madrid for £45m.

Rumours of a potential move to north London had been circling for the majority of the transfer window. The Gunners eventually triggered the release clause in Partey’s contract so that he was allowed to leave. The move sees Uruguayan midfielder Lucas Torreira go the other way on a season-long loan.

The Ghanaian international has been linked with a move away from Spain for a while, after impressing under manager Diego Simeone. Some of Europe’s biggest clubs expressed interest in Thomas but it was Arsenal who managed to conclude a deal.

A busy summer transfer window for the Gunners saw them spend over £70m on new additions. Partay will join players like Gabriel Magalhaes who joined from Lille for £27m. Dani Ceballos also re-joined on a season-long loan, with Willian signing on a free from Chelsea as well.

So how good is their new midfield engine? Will he be able to help make Arsenal title-contending side in the Premier League once again?

It's Partey time for #AFC fans! 🥳#Atleti confirm Thomas Partey's release clause has been activated by #AFC and his contract at the club has been terminated.

Thomas Partey signs after a solid career in Spain, where he was loved by many of their fan base. He joined the club in 2011 and has gone on to feature 188 times for Atletico. After going out on loan at the beginning of his career, he quickly pushed his way into the first team.

As he slowly improved, the more minutes he got and quickly became a key player in their midfield set up. He made 35 league appearances for them last year and scored three goals. Atletico finished third in the league table last season.

Thomas won the 2017/18 Europa League and the 2018 Super Cup with his club and played a pivotal role in their league campaign and Champions League quarter final run.

He usually adopts a defensive role in the middle of the park, playing alongside the likes of Koke and Saul Niguez. Under the management of Diego Simeone, Madrid have become a defensive barricade and known for being hard to break down.

They conceded the second least amount of goals in La Liga last year, only behind champions Real Madrid. A large part of this was because of the likes of Partay in midfield, Jose Gimenez at the back and Jan Oblak in goal. Now having moved to Arsenal, they are going to struggle without his presence in midfield.

He has also earned 26 caps for his national team Ghana, scoring nine times. He has won Ghana Player of the Year twice, in both 2018 and 2019. As well as this he has played in two Africa Cup of Nations tournaments.

How will he fit in?

Arsenal have had a good start so far, in manager Mikel Arteta’s first full season in charge. They’ve won three out of four Premier League games, and are through to the Carabao Cup quarter finals. They face holders Man City in the next round.

The addition of Partey into their midfield will only strengthen their first team, especially with the Europa League group stages coming up as well.

Arteta often adapts a 3-4-3 formation, with Granit Xhaka and Dani Ceballos operating the midfield. They have formed a strong partnership under their new manager but we could well see Xhaka lose his place, once Partay comes into the side.

We have also seen Arteta go for a 4-3-3 formation as well, which could open up the possibility of starting both Partay and Xhaka as defensive midfielders. This can allow Dani Ceballos to venture forward without too many defensive worries.

Ceballos impressed on loan last season with the Gunners, and has now re-joined on loan again from Real Madrid. It is likely that he will keep his place in the starting line up due to his ability to create chances and attack further up the pitch.

Over the last few games, Mohamed Elneny has been given a chance to impress, and has played well. However the quality Partay brings to the team should be enough replace him in the midfield.

Arteta could even opt to line up youngster Bukayo Saka in a midfield three with Partay and Ceballos. This will give Arsenal more options going forward, to aid the attacking threats of Aubameyang and Lacazette.

Welcome to the Partey! 🥳

What type of player is he?

Partay’s physical presence and strength on the ball will be a real asset for the Gunners. He is able to win the ball back for his teammates and pick out passes to get the attack moving. It is exactly what Arsenal need to stop them shipping in goals so easily, as we have seen so often before.

Thomas Partey signs as a dynamic midfielder, who wins a lot of duels to stop attacks breaking through. This is something that Arsenal have been missing over the last couple of seasons.

The midfielder understands the game well and has good stamina and work ethic when playing. Partay has been known as a player that has an all-rounded game, so lacks any major weaknesses that could be detrimental to Arsenal’s performance.

His passing ability has improved over time from when he was a youngster and he is now much more physically built. Partay has developed into a player that can grab a few goals a season as well, which can be very helpful in important matches.

With the international break now beginning, it gives Arteta the chance to work out how he will line up with his new signing. The two week break from the Premier League falls perfectly for the Gunners. With this in mind, it is likely Partay will start their next match against Manchester City.

A good signing for the Gunners?

Overall, it is clear to see how good Thomas could be for his new club. Arsenal’s main issues last season were conceding easy goals and Partay can help solve that. If he can adapt quickly to the nature of the Premier League, he should fit in well.

Mikel Arteta said: “We have been watching Thomas for a while, so we’re now delighted to add such a high-quality player to our squad.

“We’re very impressed with his attitude and his approach to the game. He’s an intelligent footballer and we’re looking forward to him integrating into our system and contributing to the progress we’re building at the moment at the club.”

Many of his former teammates have said previously how well suited he may be to the Premier League. Ex-Spurs full back Kieran Trippier, who played with him at Atletico said: “Technically he’s got everything. I don’t think he would have a problem with the Premier League” on a podcast recently.

There is lots of evidence to suggest that he will do a good job for the Gunners. However after playing most of his career in Spain, he will have to adjust to new life in England. Once he does, he could be a top player for the north London side.

We hope you enjoyed this article ‘Thomas Partey Signs On Deadline Day: Who is Arsenal’s new man?’ How do you think Partay will get on for his new club this season? Let us know!

How Ancelotti reignited the spirit of the Blues