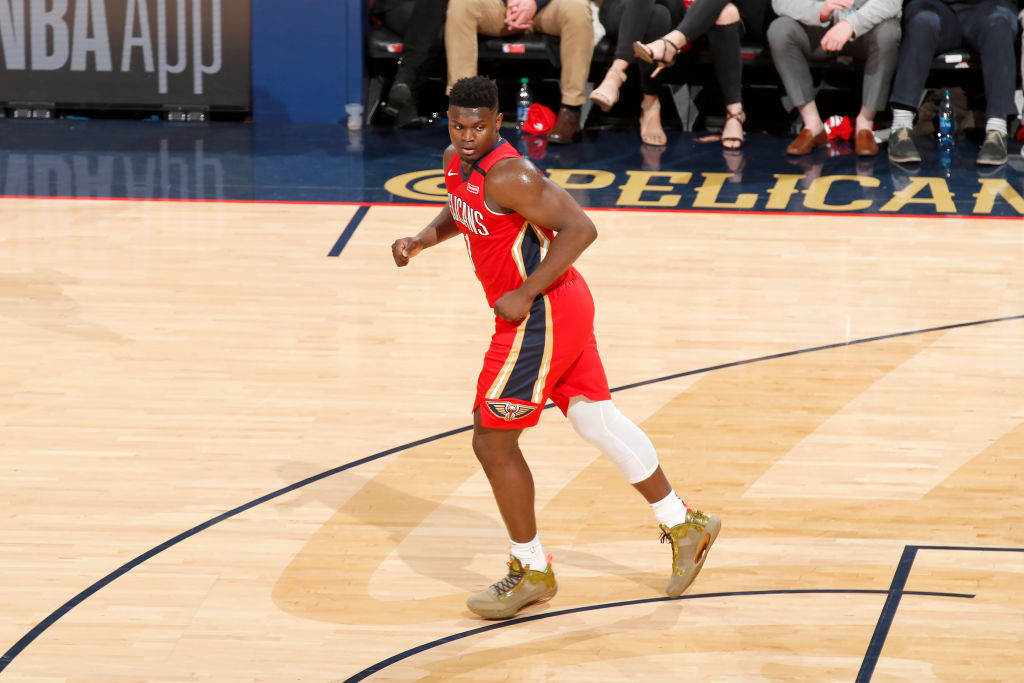 Zion Williamson made his highly anticipated NBA debut on Wednesday night for the New Orleans Pelicans. The 19 year old impressing despite the 121-117 loss to San Antonio Spurs.

The 6 foot 6 forward came alive in the 4th quarter making 17 straight points in three minutes. Williamson braking the Pelicans’ record for the most points by a rookie on debut. The record was previously held by Anthony Davis who left for Los Angeles Lakers last summer.

Williamson made 22 points in total during the game making him joint top scorer for the Pelicans with Brandon Ingram, Zion only playing 18 minutes in total making his debut even more impressive.

Zion quoted after the game “It was everything I dreamed of, except for the losing part. The energy the crowd brought, it was electric. It was a dream come true to finally get out there but at the end of the day I did want to win so I’ll look to the next game.”

The Pelicans currently sit 12th in the Western Conference with playoffs still a possibility. If Williamson continues to play as he did on his debut the playoffs may be attainable for the Pelicans.

Australian Open: Roger Federer gets to fourth round after beating John Millman