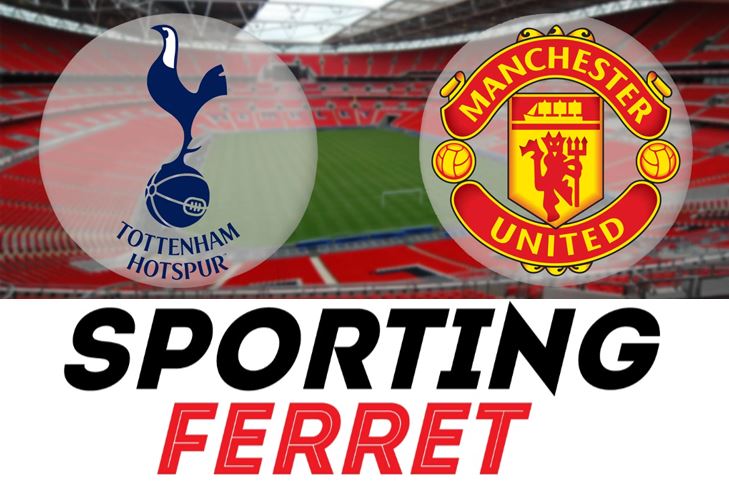 Manchester United managed to stage a comeback in the second half after being one goal down against Tottenham Hotspur, to solidify second place inside the Premier League.

Son Heung-Min, Tottenham, opened up the scoreline in the 40th minute with Lucas Moura’s unselfish act to pass across the box to the South Korean winger.

Fred, United, picked up the scraps from Edinson Cavani’s deflected shot to equalise the scoreline in the 57th minute.

Tottenham needed a win from this Premier League clash for their race towards a place within a European competition, as they sat five points behind fifth-place Chelsea.

Paul Pogba, United, gave Manchester one of their first great chances to go out in front, on the 17th minute, as the Frenchman headed the ball towards Cavani – who found Marcus Rashford inside the box, but nothing came from their chance.

The Red Devils Scott McTominay became the first player to be booked after a rough challenge on Spurs’ Tanguy Ndombele, in the 18th minute.

Cavani opened up the scoreline on the 34th minute after a great set-up by Pogba, on the left side of the box. However, the goal was disallowed as McTominay fouled Son with a slap to the face in the initial build-up.

Six minutes later, Moura had possession of the ball in United’s final third. As Dean Henderson came out for the one-on-one, Moura passed across the box to Son, who was granted with an easy tap in to put Spurs out in front.

Tension built up in the later stages of the first half as Cavani was booked on the 41st minute, after he reacted to Joe Rodon falling to the ground after blocking the Uruguayan’s advances in the Tottenham box. Many complaints for fouls led up to the half-time whistle.

Big players are made for the big occasions 😎#MUFC @ECavaniOfficial pic.twitter.com/Elp5m5Gglt

In the 48th minute, Fred was United’s second booking after a late challenge on Spurs’ Serge Aurier.

However, nine minutes later, Fred made a pass through the Tottenham back line towards Cavani but the shot was deflected, by Hugo Lloris, out to the feet of Fred who smashed it home to equalise the scoreline.

Giovani Lo Celso was Tottenham’s, and the games, first substitution as he was replaced by Moussa Sissoko in the 61st minute.

Harry Maguire joined fellow teammates, Fred and Cavani, with a yellow card in the 70th minute, after a challenge on Harry Kane.

Mason Greenwood became United’s first sub of the game as he replaced Rashford (72nd minute) for a tactical change. Followed by Tottenham as they swapped Ndombele for Erik Lamela, six minutes later.

After being denied his first goal of the game, Cavani’s efforts were redeemed in the 79th minute. Bruno Fernandes nutmegged a pass to Greenwood on the right wing and with a cross into the box, it was met by the head of Cavani who delivered it into the net to give United the lead.

Sissoko became the game’s final booking after he caught the ankle of Fred in the 92nd minute.

In the dying minutes of the game, Pogba fought through Tottenham’s backline and played a through ball to Greenwood who was on the right side of the box. The Englishman proceeded to slot the ball past the near post to give United a three goal lead before full-time.

Man of the Match: Edinson Cavani

We hope you liked the article: Match Report: ‘Tottenham Hotspur 1 – Manchester United 3.’ What did you think about the game? Let us know in the comments!

Benn Vs Vargas: Statement made as Benn stops Vargas in 82 seconds