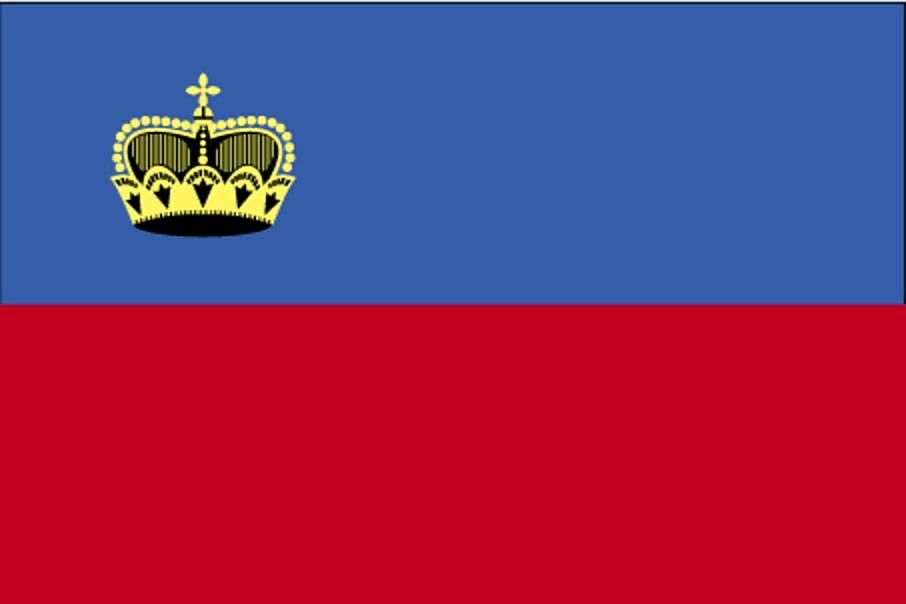 We gave San Marino a bashing, but now it’s time to berate the next contender for ultimate underdog…

It’s been a while, folks. I’m back again, taking a look at who I believe to be in contention for the title of ‘worst national team’. We’ve already given San Marino a good hiding, but quite frankly it just felt wrong, like scolding a small child. Of course, a little bit of harsh love can force someone to change their ways, but I doubt the San Marino squad actually read my article on them. So here goes, let’s give it another go. Let’s look for the ultimate underdog.

The nation we now know as Liechtenstein doesn’t exactly have a ravishing history. For hundreds of years, the territory was ruled over or part of a larger regime. Austria had the land for a while, Switzerland staked a place there, and so did Germany. Because of this, and because the nation is landlocked between the two former, Liechtenstein has several multi-cultural roots. The country as we know it today started to take shape around the 17th century, when it’s ruler at the time, Karl I, was crowned a prince by the Holy Roman Emperor, thus starting an official princely line. After purchasing a couple of the neighbouring towns, the state of Liechtenstein was mostly independent. In more modern times, Liechtenstein was closely associated with the Austrian Empire. This came to an end when the First World War concluded, and of course, were famously neutral for the whole of the Second.

So here we are, the modern day. Liechtenstein are known to the masses for their neutrality, their tax haven, and their shoddy football. Whilst the countries political history was in turmoil for several hundred years, it is now their footballing ability that has taken that honour. The team, the ONE team to have lost to San Marino- an accolade they should be ashamed of.

Some wholesome history for you:

Liechtenstein once went to war with 80 men, did no fighting at all, and returned with 81 men because they made a friend while they were out.https://t.co/H1394NJfN3

Don’t get me wrong, Liechtenstein aren’t exactly on par with San Marino. In truth, they are on another level, and did in fact win more games in 2020 than San Marino ever have! But here’s the problem, I believe Liechtenstein to be a glorified San Marino. I say this because they get by, simply by not being as awful as San Marino. Having played just under two hundred games as a national team since 1981, they have won a mere fifteen. Granted, that’s fourteen more than the actual worst team in history, but they can’t seriously be happy with that statistic!

Now don’t get me wrong, I know that their squad has never had a top quality, standout player. But let’s be fair, they have had a lot that manage to get club football outside of their own country. Unfortunately, it turns out that Liechtenstein don’t even have a domestic league, so their clubs compete in Switzerland’s leagues instead. Brownie points for San Marino for at least making their own league of sorts, even if it does count as amateur level.

This is a huge step up from San Marino, who are just like playing a village full of people who never experience life outside it. But this is what makes it even more frustrating. The quality of player produced by Liechtenstein is ten times that of San Marino, ever! Sure, it might be half of the squad, but that’s still more then San Marino could say. Mario Frick comes to mind, a striker with a decent goal scoring record who played for several clubs in Switzerland and Italy.

In may seem unfair to take away those fifteen victories, particularly from a nation that is admittedly only 100 km bigger than San Marino, but I’m going to anyway.

There are certain European nations that (as I mentioned in my article on San Marino) unfortunately are just terrible at football.  The unfortunate part is that they have to compete with, and share stats with, some of the greatest footballing nations in the world, simply because they all share the same continent. ‘The Brothers of Destruction’ (that’s what I’m naming our constantly mentioned nations) share this small group with the likes of Lithuania, Andorra, Moldova, Gibraltar etc. Honestly, any of these teams could have a chance at being called the ultimate underdog…

It isn’t really even their fault, there are usually political reasons, or simply a dislike to football holding them back. But mostly, it’s the size of the country itself, sprinkled with one of the other two previously mentioned excuses. What’s fascinating about this, is that these countries have come together, forming a group of nations who just keep playing each other, with the hope of finally winning a game.

⚽ The two teams face each other tonight in UEFA Nations League action.

Is there any game of football you'd rather watch less than this one? 😂 pic.twitter.com/JUiT1W4ptz

The El Clasico of Rubbish

Whether Liechtenstein defeats San Marino one week, or Gibraltar beats Latvia the next, they’re all routing for one another. It’s quite cute actually. At some point, everyone knows that one of these teams will eventually defeat the other, it’s just a matter of when. I love to see an underdog win, and relish in the excitement. But how can Liechtenstein not be in contention for the worst national football team? Their wins include victories over San Marino (more than once), Moldova, and Iceland in 2007 (Iceland were nowhere near the level they are now). It’s just a repetitive cycle, and I think Liechtenstein have ridden it for too long. They’re no different from San Marino when it comes to big team games. They famously lost 11-1 to Macedonia, and have had multiple 7-0 beatings. Then there is the stain that just won’t go away… the defeat to San Marino.

It’s 2004 in Liechtenstein. You’ve already failed to qualify for the Euros. Life is good, especially because you know you aren’t the worst team in the world, nor even the worst team in Europe. A friendly is organised against said worst team, giving you the chance to get a rare win under your belt. San Marino have of course, never won a game. It must be a given? Think again. An early goal from record scorer Andy Selva meant that San Marino hung on for a 1-0 win, perhaps the most embarrassing scoreline in international football history.

San Marino have only won one international game in their history, against Liechtenstein. #SSNHQ pic.twitter.com/wxfEM4Qt34

Perhaps I was harsh, perhaps I was being a pessimist, or perhaps I was being brutally honest. For now, I’m going to let San Marino keep their title as the worst in international football, but just know that Liechtenstein aren’t far behind. Maybe they’ll never read this, but if someone from the tiny landlocked nation stumbles upon these words, I want them to take this as a warning- a challenge, if you will. Prove me wrong, and stop relying on San Marino, it isn’t good for you, and it isn’t good for me. Crack on, and rise the European ranks.

For the first time in their history, Liechtenstein have won two games back-to-back. pic.twitter.com/Q4sp1QO5ic

We hope you enjoyed this article ‘Ultimate Underdog: The Liechtenstein National Football Team’. Do you think Liechtenstein are more of an underdog than San Marino? Let us know!

(333)
£24.98
【Two-in-one fitness massage】 Not only can these smart circles burn body fat quickly, but they can also help you achieve your ideal figure. You can also massage your waist to relax you. One product, two functions: side exercise, side massage. Burn fat... read more
(as of 18th June 2021 - More infoProduct prices and availability are accurate as of the date/time indicated and are subject to change. Any price and availability information displayed on [relevant Amazon Site(s), as applicable] at the time of purchase will apply to the purchase of this product.)

(32005)
£8.99
5 Different Resistance Levels: A set of resistance bands includes five colors representing different tensile force. Each provides a workout level, suitable for a variety of sports purposes for women and men, like gym, yoga, training. Safe and Durable... read more
(as of 18th June 2021 - More infoProduct prices and availability are accurate as of the date/time indicated and are subject to change. Any price and availability information displayed on [relevant Amazon Site(s), as applicable] at the time of purchase will apply to the purchase of this product.)

(3085)
£3.89
1: FEATURES: Small Easy to carry, Eco-friendly, Don't use electricity,you can inflate your sports balls to tip-top shape for more playing enjoy any courts or fields.7.5" x 1.5" volumes air is inflated to ball body at one stoke,which is much more than... read more
(as of 18th June 2021 - More infoProduct prices and availability are accurate as of the date/time indicated and are subject to change. Any price and availability information displayed on [relevant Amazon Site(s), as applicable] at the time of purchase will apply to the purchase of this product.)

(5873)
£12.80
Durable water repellent finish Taped seams Unlined Adjustable shock cord hood 2 lower pockets
(as of 18th June 2021 - More infoProduct prices and availability are accurate as of the date/time indicated and are subject to change. Any price and availability information displayed on [relevant Amazon Site(s), as applicable] at the time of purchase will apply to the purchase of this product.)

(1301)
£14.99
[100% Safe & Odorless Material] Made of Eastman Tritan copolyester, all our water bottles are totally BPA-free and non-toxic, quenching your thirst with odorless water as well as a glass one can provide. Tritan also gives the extra durability withsta... read more
(as of 18th June 2021 - More infoProduct prices and availability are accurate as of the date/time indicated and are subject to change. Any price and availability information displayed on [relevant Amazon Site(s), as applicable] at the time of purchase will apply to the purchase of this product.)

(2934)
£18.58
Callaway Supersoft is a long, straight distance ball that’s incredibly soft Ultra-low compression core promotes faster ball speed for longer distance and increased accuracy HEX Aerodynamics are optimized to reduce drag and enhance lift for longer car... read more
(as of 18th June 2021 - More infoProduct prices and availability are accurate as of the date/time indicated and are subject to change. Any price and availability information displayed on [relevant Amazon Site(s), as applicable] at the time of purchase will apply to the purchase of this product.)

(20834)
£7.95
KEEP YOUR DRINKS ICE COLD FOR 24 HOURS OR HOT FOR 12 HOURS – Our revolutionary Thermo Shield™ insulation isolates its contents from the outside world, ensuring the original temperature is preserved perfectly. Fantastic for iced cold water, tea, coffe... read more
(as of 18th June 2021 - More infoProduct prices and availability are accurate as of the date/time indicated and are subject to change. Any price and availability information displayed on [relevant Amazon Site(s), as applicable] at the time of purchase will apply to the purchase of this product.)

(5965)
£4.44
ULTRA-DURABLE: Muc-Off Bio Dry Lube is an ultra-durable bike chain lube that penetrates deep to provide long-lasting lubrication. REDUCES FRICTION: Advanced formula reduces friction and energy consumption to ensure silky-smooth gear shifts. IDEAL FOR... read more
(as of 18th June 2021 - More infoProduct prices and availability are accurate as of the date/time indicated and are subject to change. Any price and availability information displayed on [relevant Amazon Site(s), as applicable] at the time of purchase will apply to the purchase of this product.)
Related Topics:European ChampionshipsEuropean FootballFootballInternational footballLatviaLiechtensteinLuxembourgMario FrickSan Marinounderdog
Up Next

The Greatest Goal Celebrations of All Time

An Analysis of Emile Smith Rowe