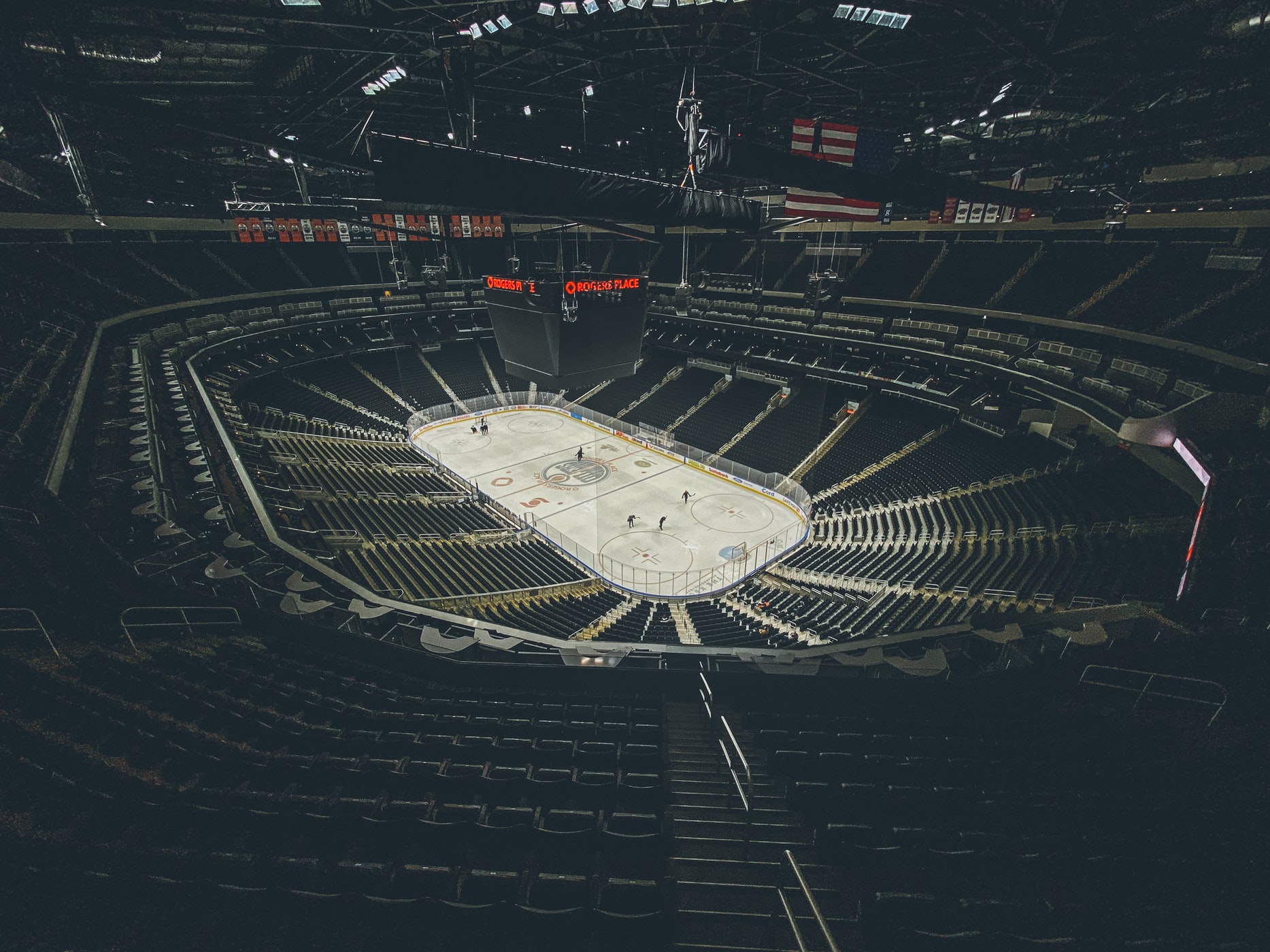 What makes the 2021 season different?

The new NHL season was delayed by over three months in response to Covid-19. The 2019-20 season ended on September 28th 2020, only a week before the new season was scheduled to start.  The alterations were to help the league overcome some of the difficulties faced operating a professional league in two countries during a pandemic.

Three American teams Florida Panthers, Arizona Coyotes and eventually Dallas Stars will all welcome fans to their rinks. Changes to local rules during the season may allow a limited number of supporters at other venues. Teams and their cities agreed Covid protocols for play prior to the start of the season, implementing three main changes to the normal makeup of the NHL season.

In previous years the NHL regular season stretched over 82 games for each team followed by the playoffs. For 2021 the number of games reduced to 56 which are due to take place between January 13th and May 8th, with playoffs between May 11th and July 9th. Playoffs remain a best of seven series. To reduce traveling many of the fixtures see the same two clubs playing a pair of back to back games in the same rink.

Before the first fixtures no pre-season exhibition games took place and the length of training camps was shorter. This caused problems for some teams who had players in Europe and needed them to quarantine on arrival missing the NHL season start. It was also more difficult than usual for new players to integrate into their new teams.

The NHL splits the teams into divisions. Each club plays teams in their division more often, building rivalries. In response to the Covid emergency, plans to reduce traveling for all of the teams has led to the NHL shuffling the divisions. Canadian government policy regarding travel to and from the USA and uncertainty about future rules in the two countries have contributed to the shake up. One Canadian division and three American divisions temporarily make up the league. Each club plays the teams in their division a minimum of eight times.

Implementation of the taxi squad

When a player is ill or injured and can’t play someone is usually called up from the minor leagues to take his place. These players fly in from wherever the farm team is playing. Covid restrictions have made this impractical because a period of isolation required removes the advantage of a new player. The creation of the taxi squad is the NHL’s remedy to keep the show on the road. Each club has an obligation to have an additional six players who train with their team.  They travel with the team to away games and are available to play if needed covering both defence and forward positions.  One of these must be a goaltender. Taxi squad players can be called up to the club roster to replace teammates who are missing due to Covid protocols.

The Dallas Stars have yet to start their season due to six players and two of the coaching staff testing positive for Covid-19. The outbreak forced the Stars to close their training facility a few days before their first match. Eventually seventeen of their players tested positive.  Their season now gets underway on Friday January 22nd. Pittsburgh Penguins, Vancouver Canucks and Columbus Blue Jackets all had disruption to their training camps.

On Tuesday January 19th the first in season postponement was announced, with the cancellation coming only a few hours before the puck was due to drop. The Carolina Hurricanes added four players to the Covid list earlier in the day which was in addition to captain Jordan Staal who had already missed two games due to Covid protocols. The postponed game was the second of a back to back. The Nashville Predators and Hurricanes had already played the night before. It was announced on Wednesday the Hurricanes next two fixtures would be postponed. Also on Wednesday the Washington Capitals were fined $100,000 for “social interactions among team members who were in close contact and who were not wearing face coverings”. Four Capitals players including captain Alexander Ovechkin were added to the Covid list.

January 18th was the anniversary of Willie O’Ree becoming the NHL’s first black player in 1958. Canadian O’Ree played 45 NHL games with the Boston Bruins scoring 14 points. He played professional hockey for over twenty years despite being blind in one eye throughout his career. In 2018 O’Ree became a member of the Hockey Hall Of Fame. This was in recognition of his achievement breaking the colour barrier and fighting discrimination. The anniversary of O’Ree’s debut coincides with Martin Luther King Day which is also January 18th.

Willie O’Ree’s number 22 jersey will be retired by the Boston Bruins on February 18th in a service at their game against the New Jersey Devils . Only 11 other players in team history have had this honour. The 85 year old released a book last year telling his life story.

In celebration of the 63rd anniversary of Willie O’Ree becoming the first Black player to play in an NHL game, the Capitals are proud to wear this helmet decal through the end of February honoring his immeasurable impact on the game of hockey. pic.twitter.com/nYb3UxHaaM

Over the last few years the NHL has developed tracking pucks. They answer the age old question did the puck cross the line. Trials of the pucks and their use in the 2020 playoffs were successful. The new design and finish for the 2021 NHL season start obviously didn’t meet teams’ expectations. The technologically advanced pucks are should return later in the season.

Players on the ice for the NHL season start

Pittsburgh Penguins and Philadelphia Flyers players took the ice for the first NHL game of the season on Wednesday 13th January. The game ended 3-6 to Philadelphia in the first of a minimum 8 games between the teams in the regular season. There have been some high scoring games including this 5-5 on Wednesday 20th January between the Montreal Canadiens and Vancouver Canucks.

By the end of the first week most teams expected to play at least 4 games. The schedule has already been disrupted by Covid-19. Some clubs completed 5 fixtures and others not started their season yet. There have still been some outstanding performance on the ice. New York Islanders Goaltender Semyon Varlamov posted back to back shutouts in games against the Boston Bruins and New York Rangers. He became the first Islander to have back to back shutouts to start a season and leads the goalie standings. The feat was even more remarkable as he was unavailable for a game in between the two shutouts. Varlamov was hit in the neck with a puck during the warmup and was unable to continue.

As of Wednesday 20th January the top goal scorers in the league have four each. They are Detroit’s Bobby Ryan, Arizona’s Phil Kessel, Philadelphia’s Travis Konecny and Vancouver’s Brock Boeser. Pundits don’t expect any any of them to be close to the top scorer award by the end of the season. In the overall points race the early leaders are Toronto’s Mitch Marner and Mark Stone of the Vegas Golden Knights. Last year’s points leader Leon Draisaitl is among 9 players on 6 points.

Twenty three year old Russian Kirill Kaprizov was named NHL Player Of The Week. The rookie became the first player in NHL history to score an overtime goal and three points on his debut. He leads all rookies this season with 5 points in his first 4 NHL games. Number one draft pick from 2020 Alexis Lafreniere four years younger than Kaprizov has yet to score a point in 3 his first NHL games.

It is difficult to interpret the early standing due the the disparities in the number of games played since the NHL season start. Tampa Bay Lightning, Florida Panthers and Vegas Golden Knights remain unbeaten. As expected teams like Chicago Blackhawks, Buffalo Sabres and Los Angeles Kings are already struggling after the first week near the bottom of their divisions.

Ice hockey has returned to North America and the season is underway. Over the next few weeks the team and player standings should take more shape. By the end of the first month we should have an idea which teams from each division will fight it out to make the playoffs. Teams will also start looking towards the April 12th trade deadline and improving or dismantling their rosters.

Any further disruption from Covid-19 postponements will give the league a fixture headache. Players from outside the playoff teams will be keen to play for their countries in the World Championship. Latvia is hosting the tournament at the end of May. With only a couple of weeks between the end of the NHL regular season and the World Championship any delays in the schedule due to Covid-19 postponements would mean missing out. This would also be a problem for the IIHF who rely on attracting NHL players to build interest in their tournament.

We hope you enjoyed reading “NHL – first week of the 2021 season”. Which team has impressed you most so far? Do you think the season will finish as planned? Let us know!