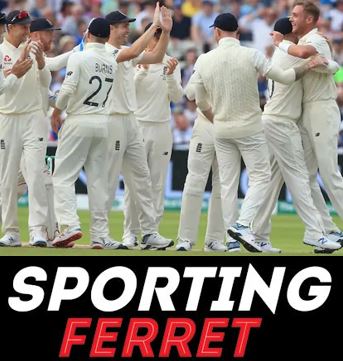 The England selectors have today named the first squad of the UK summer. Ahead of the first #raisethebat Test match against West Indies at the Ageas Bowl starting on Wednesday 8 July, they have named a 13 man strong squad. Nine players will also remain at the Ageas Bowl as backup to the main squad.

The team, which will be captained by Ben Stokes in the absence of regular skipper Joe Root, who is attending the birth of his second child, will now be selected from the 13 man group. The Durham all-rounder becoming England’s 81st Test captain.

The squad was as expected, bar perhaps the inclusion of Somerset off-spinner Dom Bess. The 22 year old chosen ahead of both Jack Leach and Moeen Ali. Furthermore Ali doesn’t make list of nine reserves.

Rory Burns, Dom Sibley, Zak Crawley and Joe Denly look set to make up the top four of England’s batting in the absence of Joe Root. A top four with only 39 caps between them will have to stand firm against a strong West Indies pace attack. How Will England’s Top Three Look in Test Cricket This Summer?

Kent batsman Denly keeps his place despite having a poor week in the practice match which lead many to believe he would miss out. There is however, no place for once upon a time must pick – Jonny Bairstow. A recent decline in form has left the Yorkshireman out in the cold.

Ollie Pope and Stokes will complete the batting line-up, while Lancashire wicketkeeper Jos Buttler will bat seven and retains the gloves.

Uncapped pair Dan Lawrence and James Bracey could feel aggrieved not to be named as part of the main 13 man selection. Both had good outings in this weeks intra-squad match, and could consider themselves unlucky to only be named as reserves.

Pace duo Jofra Archer and Mark Wood may well competing for one place in the squad. Chris Woakes is the all-rounder option to support the mainstays James Anderson and Stuart Broad. Left arm seamer Sam Curran, who tested negative for Coronavirus after feeling unwell during the practice match, is only among the nine reserves who will remain with the squad at the Ageas Bowl.

With only a small break between Test’s England will be looking to utilise their options, particularly in the seam department as the summer goes on.

Jason Holder gets Ben Stokes out…

…Ben Stokes gets Jason Holder out.

Watch the battle of the captains and all the highlights from #ENGvWI on @BBCTwo & @BBCiPlayer at 7pm.

What comes next for Fnatic?