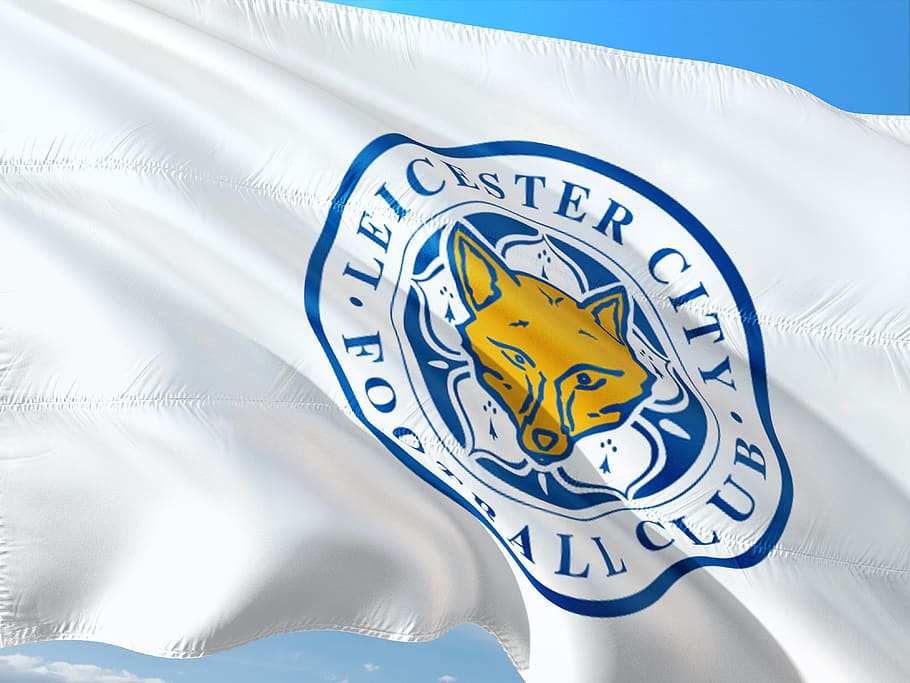 Can Leicester Stay in the Top Four?

Wind the clock back to December 21 2019. I’m sure Leicester wish they could. At this stage of the season, the Foxes had hardly put a foot wrong and were preparing to face Manchester City, with a place in the top four seemingly secured and the club still harbouring ambitions that they could lift the Premier League title for the second time in four years.

Admittedly, they were already eight points behind leaders Liverpool at this point, but with consecutive games against City and Liverpool to come, they had the chance to claw away at that gap. It did not work out that way. Instead, Leicester lost 3-1 at the Etihad Stadium and were then demolished 4-0 by Liverpool. Their title dreams were over.

Still, at that point a top four finish was virtually guaranteed. Or was it? Fast forward six months and a further 13 games down the line, they are now facing the distinct possibility of missing out on Champions League football.

Following defeat to Everton on Wednesday evening, they are now only three points above Manchester United and Wolves. With six games to go, it promises to be a nervy ending to the campaign for Brendan Rodgers’ side. Where has it all gone wrong and can they get back on track in time? 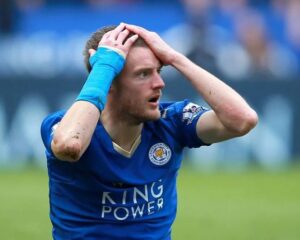 During the first part of the season, Jamie Vardy was in prolific form. He scored 17 goals in his opening 18 games of the season, taking himself to the top of the Premier League scoring charts. He found the net in eight consecutive matches between October and December, with Leicester winning all of those games.

Yet he has experienced a marked drop off in form in 2020. Vardy has netted just twice in 12 games this year, both in the same match against struggling Aston Villa. This has coincided with Leicester’s dramatic dip in results, with the side winning just three of their last 13 Premier League fixtures. These statistics highlight that Vardy’s form is key to the success of the whole team.

It would be unfair to say that Vardy has been found out. The 33-year-old has previously been accused of only being able to run in behind defences rather than being involved in link-up play, but with 99 goals to his name in the top-flight it is clear that he has always found a way to be effective. Instead his dip in form could be explained by a lack of quality service.

James Maddison was Leicester’s chief creator last season, registering seven assists. He started this season equally impressively. His five goals and three assists in the first half of the season were vital in establishing Leicester in the top three. However, he has not been involved in a goal since New Year’s Day.

The pair were Leicester’s main attacking threats as the team roared into the Champions League places before Christmas, but they have since gone off the boil. If they continue to under-perform in the remaining weeks of the season, Leicester appear likely to slip down the table.

Brendan Rodgers Tinkering With His Team

At the start of the season, Brendan Rodgers appeared to be pretty clear on what his preferred formation was. Setting up in a 4-2-3-1 system, Leicester appeared a settled outfit and the results supported this.

Yet as the campaign has developed, Rodgers has tweaked his formation regularly. The former Liverpool manager has occasionally opted for two up front by handing Kelechi Iheanacho starts, whilst he has also moved to three at the back from time to time. Leicester have had some success with these alterations, but overall it has not worked out.

Rodgers may argue that switching systems shows adaptability, but it also hints at not knowing his strongest team anymore. Leicester have not been able to control as well as they would like, nor have they been as effective on the counter-attack as they were in the opening weeks of the season.

The top two, Liverpool and City, exclusively stick with a 4-3-3 formation and have a clear pattern to their play. Leicester do not currently have an identity, and if they don’t find it soon it could cost them a top four finish.

When Liverpool had their tilt at the title in 2013/14 with Rodgers in charge, the side would often start quickly, getting on top early on.

The same could be said for Leicester under Rodgers. That is until their recent run. In their last eight league games, Leicester have only been ahead at the break on one occasion. Their tendency to start games slowly has been particularly apparent since the league resumed last month.

In their matches against Watford and Brighton, Leicester were fortunate to go into the interval on level terms. They did not get so lucky away at Everton. The visitors shipped two first half goals, and despite an improved second half display they slipped to a 2-1 defeat.

Much of Leicester’s initial success this season came thanks to their intensity from the outset in games. They did not allow opponents to settle. That has not been the case for some time now, and unless it is rectified they will continue to suffer negative results.

Can Leicester Turn the Tide?

Having been in a seemingly unassailable position at the start of the year, the chasing pack are closing in. Manchester United and Wolves have both hit form at just the right time and they smell blood.

Leicester’s fixture list does not make particularly pretty reading for fans either. Rodgers’ side still have to play European hopefuls Arsenal, Sheffield United, Tottenham and Manchester United, plus a Bournemouth side fighting to stay in the league. Arguably their easiest remaining game on paper comes this weekend when they take on Crystal Palace, who are in mid-table with little to play for. A win is badly needed.

It could all come down to their final day clash with United. What an ending to the season that would be.

For now, Leicester have their fate in their own hands. It is how they would want things to be. Yet they are stumbling towards the finish line. They need to rediscover their best form or all of their hard work could be undone.

We hope you enjoyed the article ‘Where Has it All Gone Wrong for Leicester?’ What do you make of Leicester’s struggles in the second half of the season? Let us know!