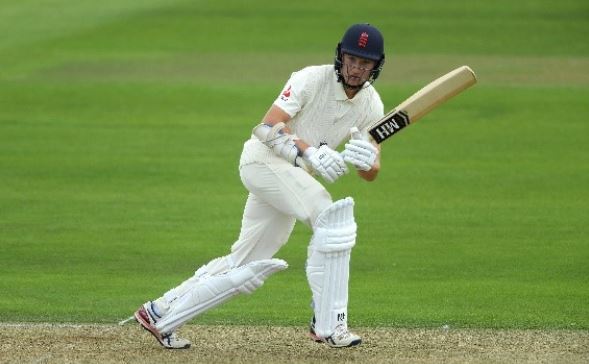 Gloucestershire’s James Bracey starred with the bat today as he reached 85 in 194 after the 23-year-old was given a lucky escape early on as he edged Craig Overton on 14 only for Stokes to miss the chance at second slip.

Speaking after the match, Bracey said: “I’m delighted obviously with today, it was a great opportunity to get out there against the new ball and sort of show them what I’ve got, I think.

“I haven’t opened the batting a huge amount in the last couple of years.

“I’ve sort of been in and around that top three, but people wouldn’t have seen me as playing that role, so it was really nice to repay some faith and show them that I have got the capability to do that job.”

Bracey, who is on Team Buttler in the ECB’s warm-up match, is part of the 30-strong behind-closed-doors training group who are living, training and playing at the Ageas Bowl ahead of the #raisethebat first Test against the West Indies starting on Wednesday 8 July 2020 at the same venue.

Following the conclusion of the match, the national selectors will name a squad for the #raisethebat first Test. 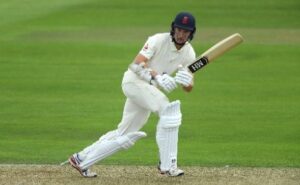 Bracey said “We’ve had some really challenging net sessions the last week or so and it’s put us batters in a really good place, especially mentally”.

“Sort of toughening us up and getting us ready for Test cricket.

“I think the standard of bowling has been brilliant”.

The Bristolian believes his confidence is up and hopefully today’s play will put him in a good position for more opportunities. He said: “The lads have been getting up to full speed and are really keeping us on our toes, it’s been a good week’s prep and that put me in a good place to tackle today.

“Obviously, I hope today would help my cause but obviously there’s a lot of competition.

“The guys played well today as well; Joe and Dan got in and got some runs as well and showed some good stuff.

“I’m not getting too ahead of myself, but it would be really nice to be included at some point, but I’ll just keep working hard and hopefully at some point, I might feature”.

With the recent rule change from the ICC, bowlers can no longer use saliva to shine the ball. This can affect the swing, after facing 194 balls, we wanted an opinion on what it was like out in the middle. Bracey said: “I think the ball went quite soft anyway, I think that was just the state of the ball itself.

“The ball did swing, Stokes in particular and Anderson did get it to talk but I think the lads found it hard.

“The ball went soft quite quickly so it lacked a little bit of that zip but I think they worked hard on the ball in terms of dry shining it and possibly using any sweat they could get on the ball.

“It’s very different and I think the lads are trying to be creative with ways that they can still get the ball to move around.”

Also uncapped but in the training squad is Essex’s, Dan Lawrence. He came in at number four today and with Root not playing in the first Test, that means that the number four spot could be available. Bracey said “he looked really good actually.

“I played with Dan all winter, went to India with him before Christmas and he was obviously with us on the lions’ tour in Australia; He was outrageous when we went over there.

“He’s really good at going through the gears but it’s really important to know that he’s got a really good defensive game and that comes with it.

“He’s definitely got the technique to play Test cricket, no doubt about it and today we saw more of that and he was able to get into his stride.”

Day two – beginning at 11:00 BST – will again be streamed on the England and Wales Cricket Board’s website. 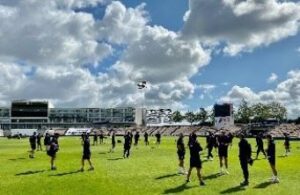 Originally from a small town in South Wales called Neath, Lucy is currently in her third year at the University of Gloucestershire studying Sports Journalism. She has a general interest in all sports but Cricket in particular. She is a student member of the Sports Journalists Association and has written for the Gloucestershire Echo newspaper. You will often bump into her at the press box at Glamorgan or Gloucestershire County grounds.