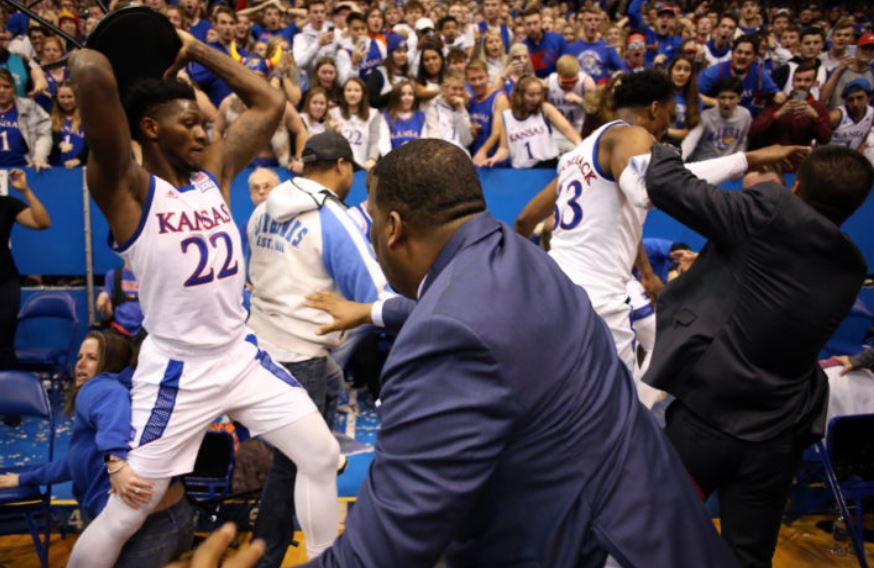 A massive fight broke out at the end of Kansas State Vs Kansas University during the US College basketball game.

At one point in the video is shows a college player wielding a stool above his head, looking to strike an opposing player.

The fight started after Silvio de Sousa made a block on DaJuan Gordon in the last second of the game. After the block was made Sousa then taunted Gordon, which erupted into a mass brawl.

Players and staff from both sides were seen throwing punches as the incident spilled into the disabled seating area. Local Police, some coaches and officials tried to step in and break the fight up.

“The conduct of a few of our student-athletes was simply unacceptable and not reflective of who we are,” said KU director of athletics Jeff Long.

“There is no place for this conduct in college athletics or here at KU.”

After the incident, the both teams had to return to the court to finish the game. Only five players from each team made it back onto the court, the rest had been removed and the crowd stoop booing.

Related Topics:BasketballKansas State Vs Kansas University
Up Next