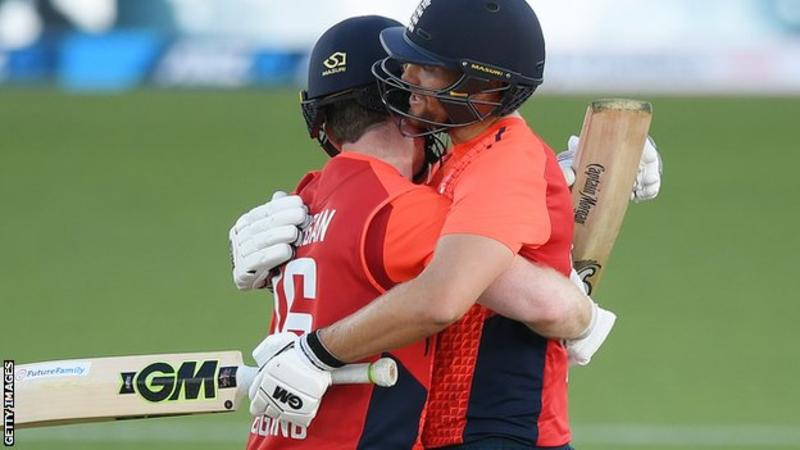 We have reported how New Zealand was beaten in the first game of the ongoing England tour of New Zealand by the visitors. After that, the hosts bounced back and won two on the traught in games that might be considered one-sided. However, it has to be said that the third T20I was England’s to win but they had a massive slide in the middle order. Now, coming into the fourth T20I, New Zealand’s hopes would have been higher to seal the series without needing a decider. However, that was not the case as visitors made a strong comeback to register their second win on the tour.

Talking about the match, it was one of the flattest wickets in Napier where England batted first and posted a mammoth score of 241 for the loss of 3 wickets thanks to a blistering 48-ball century by David Malan who ended up scoring 103 and Captain Eon Morgan’s 41-ball 91. This meant that the hosts had to chase a massive target of 242 to seal the series. However, New Zealand must also be credited for their start to the innings. Because the visitors were not out of the game till the powerplay.

Inside the first four overs, New Zealand had 49 runs on the board with all the 10 wickets in hand. Both their openers played really well until the first wicket fell when things started to crumble a little bit. After that, New Zealand did not manage to get back to the asking run rate as half their side was bundled inside the first 10 overs. Eventually, they managed to get to a score of 165 when the last wicket fell and the visitors managed to register a 76 run win with everything to play for in the last and final T20I. The final match of this T20I series will be held on Sunday in Auckland which promises to be a great game.

Related Topics:CricketEnglandNew Zealand
Up Next

Rosberg gives advice to Bottas on how to beat Lewis Hamilton