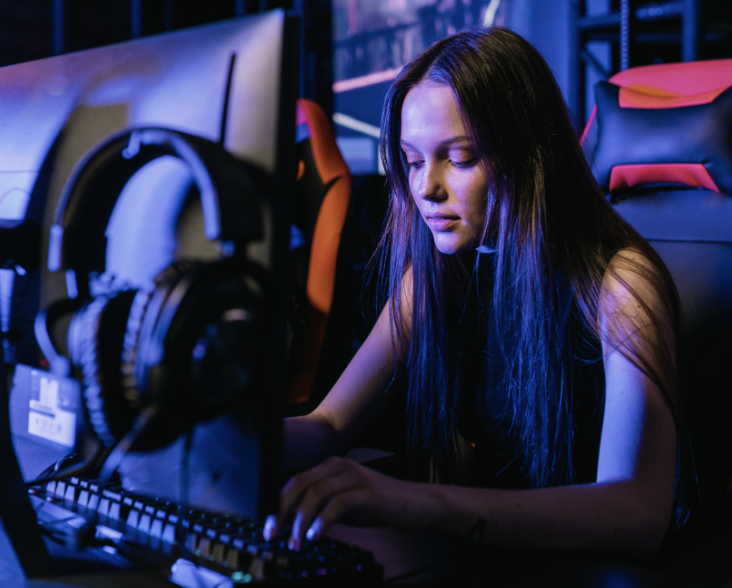 Women are making their mark in esports and proving that they are just as skilled and competitive as their male counterparts. In 2023, we can expect to see more women breaking through in the competitive gaming scene and beyond. In this article, we will provide a general overview of some of the top female esports players that have made a name for themselves already.

An overview of esports’ popularity

Esports, otherwise known as electronic sports, is a rapidly growing industry. What started as a video game culture between amateur gamers has turned into a billion-dollar industry that attracts some of the world’s most famous gamers and investors. This is made evident by the interest shown by sportsbooks, multinational corporations, and even entertainment platforms in the industry. The esports industry has grown in popularity due to its entertaining nature and the exciting games involved.

The appeal for watching and playing video games is fuelled by the demand for good times, giving users something to look forward to, putting a smile on their faces, and ensuring they are part of a community. This demand for more fun has led to a rise in eSports and other entertainment communities like iGaming. Companies like Buzz Bingo, where players share a community spirit when playing online live bingo, slots, and card games. These industries thrive on a sense of community and it’s great to see more women in key parts of these communities. 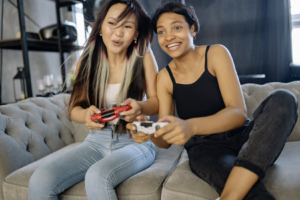 Top female esports players to look out for

Below are some of the highly ranked female esports players across the world:

Scarlett is a 29-year-old Canadian who plays StarCraft II and sometimes Dota 2. She started playing StarCraft II in April 2011 and became the first woman to win a major StarCraft II tournament. Her rise to fame began in 2012 when she defeated top gaming professionals at the time in the IPL 4 event held in Las Vegas. Scarlett became Canada’s national champion in 2012 with a record of 12-1 after beating Ostojiy in the Grand finals of the 2012 StarCraft II World Championship Series Canada.

Her performance in 2012 announced her to the esports world and was instrumental in moving her to the number 21 rank on the global StarCraft II rankings. In 2014, Scarlett took the esports world by storm when she became the second highest-paid female pro gamer, winning over $110,000 after finishing first in 7 tournaments. Scarlett joined Shopify Rebellion in 2021 as an SC2 pro gamer and remained a part of the team. We look forward to seeing what 2023 has in store for Sasha.

In 2007, Mystik started gaming in the esports industry professionally. She is known to have a gaming background, as her father (Wolf) was a gamer who owned a comic book and card store. Mystik’s invitation to the Championship Gaming Series (CGS) is credited for her rise to fame in the esports world. Mystik and her family were later invited to audition as possible contestants for the introductory season of the reality television programme SyFy’s WCG Ultimate Gamer, which Mark Smith won.

However, during the second season of the Ultimate Gamers, Mystik featured again and eventually won, beating some of the best gamers in the world. In 2016, Mystik was named the highest-earning female professional gamer by the Guinness Book of World Records. Recently, she spent two years working with Team Envy, the pro esports team, after which she resigned to pursue her other interests like cosplay, video games, and pop culture. She’s active on social media platforms like Twitch, YouTube, and Instagram, where she interacts with her fans. We can’t wait to see what Mystik has cooked up for us in 2023.

Alison Qual, also known as Nina, is an American female Protoss StarCraft II gamer born on the 15th of August, 1990. Nina joined ROOT Gaming in 2012 after a fierce BO21 show-match game against Fitzyhere in a bid to choose who would make it to the ROOT Gaming roster. Nina has featured in IGN ProLeague Season 5 in 2012, the WCS America 2013 Season 1, and many other pro gaming competitions. In 2022, Nina won the SuperExtra NA Invitational #1. Nina currently plays for License to Kill, and we look forward to a fantastic year for her in 2023.